Vasan Bala's 'Mard Ko Dard Nahi Hota', which garnered buzz with its premiere in Toronto, is all set to open the Mumbai Film Festival

In the Mumbai-born film-maker Vasan Bala’s new film, his superhero is genetically programmed to feel no pain. Mard Ko Dard Nahi Hota (The Man Who Feels No Pain), which opens the 20th Mumbai Film Festival on 25 October, has earned many firsts since its world premiere at the Toronto International Film Festival (TIFF) last month. Marrying the stunt and stamina of the underdog, it was the first Indian film ever to be screened at TIFF’s Midnight Madness programme. The midnight audience at TIFF feasted on the film’s quirky tale and filled up the ballot boxes to bestow on it the programme’s top prize, the Grolsch People’s Choice Midnight Madness Award. A return to the forgotten world of VHS tapes and B-grade stunt films of the 1980s and 1990s, the movie portrays martial arts, especially the animal instincts of the karate fighter.

Bala, a fan of action comedy (and a karate student as well), turns his lead character’s disorder into power to create what is in effect a spectacularly shot superhero movie. The film-maker, who embraced the big screen after a long advertising career with an impressive feature debut (Peddlers) at the Cannes Critics’ Week eight years ago, gives his vote of confidence to the power of youth in his second film. Edited excerpts from an interview: 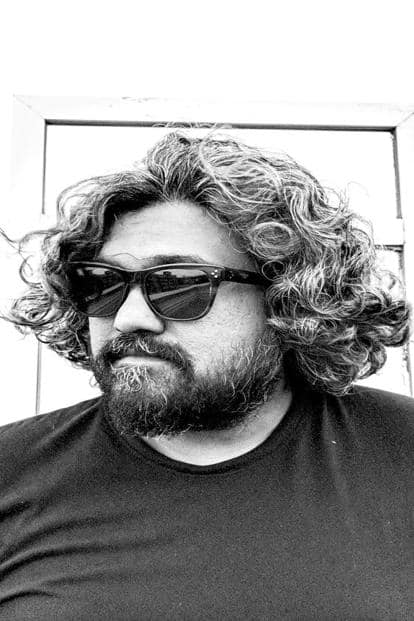 How did the Midnight Madness selection for the Toronto festival happen?

Is the film a cinematic tribute to the pop culture of the action comedy era?

It is a tribute to all the films that we have seen. If you take action comedy, it actually started when cinema started. Thomas Edison (who invented the motion picture camera) shot body builders and clowns. Nobody shot existential things or art house then. The first things that people wanted to explore were the moving train and body builders. That was our primal instinct, to shoot and explore. That has been a hundred-year-old tradition. That is what inspires me in that sense, to explore and shoot. It is a tribute to films from hundred years ago to the films made today.

What is the relevance of action comedy in contemporary culture?

In the tradition of the great stuntmen film-makers, right from Buster Keaton to Charlie Chaplin, we used comedy, drama and action in interesting ways. Charlie Chaplin is actually action: him falling down in that force, for example, is action. It is legitimate high-level stuntman work. It is not a simple thing to do. So, from there itself the exploration of action comedy had started. Obviously it is not that hyperreal.

When did you start writing this story?

I began two-and-a-half years ago. A friend of mine told me about a dentist whose patient woudn’t ask for anaesthesia. That set the ball rolling. Then I saw a lot of documentaries online. I also had stories from my own childhood about martial arts and blended both. The story is about all the films that I grew up on, Bruce Lee, Jackie Chan.... All the karate classes I had to take. I got the green belt and that also took me a lot of time. I was an awful karate student.

Is the film an exploration of the journey with action comedies that a generation of people took back then?

In the 1980s and 1990s, the kind of films that were being made were a little out there, they were really not so subtle. I think it was the same the world over. There was probably a thing to express in a louder way. The fashion was loud in the 1980s, hairstyles were very loud. All that kind of sticks with you and remains in your subconscious. The images were fantastic. You aspired to become them. They were outstanding people doing this outstanding stuff, which was unimaginable. You wanted to become them. You wanted to learn what made them special. I wanted to go to the Shaolin temple when I was a kid thinking that will give me all the required powers to face the world. So, you kind of go into this escapist journey through the imagery that was created by these people. And that is a journey that I am trying to explore.

Why do you attach the tag of the underdog to your superhero?

I think there is always this mystical warrior in history, a blind or one-armed or one-legged warrior or a warrior who has something missing, but is better than the average guy. I always wanted to explore that myth.

The four characters in my film, Surya is suffering from a disease and hence marginalized, Mani is handicapped and marginalized, Surya’s grandfather is old and marginalized, and Supri is a woman who is trying to express herself through something but the society wants her to do other things.

All these people are at the fringes of society trying to reclaim their space, which also a lot of Bollywood films do. But we don’t give them credit, because we think they are not artistic enough. We don’t consider them as art. Taxi Driver by Martin Scorsese and Rambo: First Blood by Ted Kotcheff are about Vietnam veterans trying to find their space in America, which doesn’t need them. But you will never equate Rambo as artistic, but it is. It does successfully what it sets out to do.

How does karate fit into our martial arts tradition?

There was always a karate tradition in India. In the south, there was always a Karate Suresh, Karate Mani, Karate Johny. They were our heroes. This stuntman called Karate Mani was a huge action guy in cinema. You thought you would learn karate and become a tough guy. That tradition was always there, at least for the past 50-60 years. There was always a myth around someone breaking a hundred bricks with one hit or kick. The problem with our country is that we never really pushed our traditional culture. Karate started with Bodhi Dharma thousands of years ago. When we were growing up there were no tai chi or wing chun. It was karate or judo and every other boy learned karate. There was a Hindi movie in the 1980s called Karate. It had music by Bappi Lahiri and starred Mithun Chakrabaorty.

The problem with kalaripayattu is that it has been mythologized. The way Santosh Sivan shot it, it looks like an impractical martial arts. It looks like one celestial dance form which can’t fit it into an urban life, it is like all beauty. Karate is more a practical martial arts. When you are in combat in real life, it is a lot more useful than you breaking into a dance.

What was the selection process for the cast and how did you prepare them for the intense action?

Abhimanyu Dassani (son of Bollywood actor Bhagyashree, who plays the lead role of Surya) went through one-and-a-half month of auditions with other people. I found him the best of the lot. I had known Gulshan Devaiah (who plays the double role of the one-legged karate champion Mani and his twin brother villain Jimmy) for a while. All of them went for rigorous training in martial arts. Devaiah learned karate and Radhika Madan (Supri) and Abhimanyu learned mixed martial arts. All of them went through at least eight months of training. Like many well-regarded crime and mafia sagas, the film is set in the early days of the illegal drug trade in Colombia. It was the official Colombian entry for Best Foreign Language Film at the Oscars this year.

Namdev Bhau In Search Of Silence

Tired of Mumbai’s cacophony, a 65-year-old chauffeur heads to Ladakh in search of peace in this black comedy.

Japan’s official entry to the Oscars this year, the film is set in Tokyo and revolves around a shoplifter whose family adopts a homeless girl.

Earning him the Best Director award this time at Cannes, Pawlikowski weaves a tale about star-crossed lovers in 1950s post-war Poland.

The film bagged the Golden Lion at the Venice International Film Festival this year. The story is a semi-biographical take on the director’s life in Mexico City, and follows the encounters of a middle-class family and their housekeeper.