Meghna Gulzar on ‘Raazi’ and patriotism

Meghna Gulzar, the director of 'Raazi', on why her father Gulzar had reservations about her making the movie and the changing nature of patriotism in India

Meghna Gulzar’s new film Raazi which released on Friday, tells the story of a Kashmiri woman who operated as an Indian spy in Pakistan in the 1970s. Based on Harinder Sikka’s book, Calling Sehmat, the spy thriller on the true life story has Alia Bhatt and Vicky Kaushal in lead roles.

The film-maker spoke about Raazi, why her father, the acclaimed Bollywood director and lyricist Gulzar, had reservations about her making it, and the changing nature of patriotism in India. Edited excerpts:

Which part of ‘Calling Sehmat’ had enough appeal for you to turn it into a movie?

For me, the core thread of the story, which is the girl’s journey, was what stood out and that is what I picked out to make a film. In fact, my father, when I first told him...because this book had first come to him...he couldn’t understand why I would want to make this film. But there were layers that I saw, and that he saw later when he read the screenplay.

What were your father’s reservations?

He felt it was just another thriller, and there was violence. And I said: “No, there is more that I can see. Let me show it to you."

The female spy in cinema has mostly been the femme fatale. Sehmat is the very opposite. Was that a conscious decision?

It was a very conscious decision. I wanted Sehmat to be vulnerable and fragile, because her circumstances are so unpredictable—there is no way to know how things will turn. So, that fear has to remain in her for her to be real and relatable. She cannot suddenly become Lara Croft. That is not my sensibility as a film-maker either. We wanted to keep her feminine and in flowy pastels, to keep her real and identifiable. 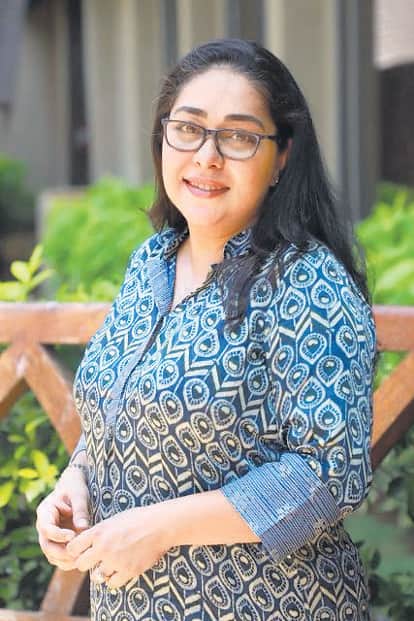 How much of the book did you rely on?

The core thread of the story that I picked out is from the book, but a lot of detailing, like her training, for example, is not there in the book. The third act is different from the book, and it had to be. The book just keeps going on. I have to close the film, and close it cinematically. Key plot points have been put in to lead up to the climax, which is not there in the book.

How do you connect the patriotism that Sehmat felt to what someone her age today feels about their country?

You don’t adapt to what it means or feels today. Because you are telling the story of 1971. You stay true to that emotion and hope that it is a nice thing to remember, that it used to be like that. But you cannot compromise and try and put today’s interpretations into a film which is set in 1971, to make it more understandable or relatable. That would be being dishonest to the story.

Did Sehmat’s Kashmiri identity give you an added layer to the story?

I didn’t dissect it or overthink it, because then you’ll get frightened and not make the film. Because there are too many discourses which can open up in this film. You need to remain focused on your core emotion that you want to convey.... Everything else is incidental and circumstantial, whether it is the India-Pakistan dynamic or Kashmir figuring in it.

What do you have to say about the patriotism of 2018?

It is not just patriotism, but all sentiments. We have reached a point where we need to amplify it for it to seem real. But for me, the more it is amplified, the hollower it feels.

This is a very personal thing, but I wish that as a people...there was a sabhyata (dignity) in us, which has become less today. It is about being up to speed with trends, consuming, spending power, which are all outcomes of progress and modernization. And because there is a vacuousness there, you try and find pegs to strengthen your identity. Which is why this whole thing is now posturing. This is my explanation of it.

Is the film industry feeding this vacuousness?

Why blame just the film industry? It is not just the industry doing it. You have TV serials, social media discourse, fast food chains. It’s everyone.