From the Malaysian rainforest to a Kazakh spa, a regular traveller shares his favourite offbeat experiences

On a visit to a new city, it’s hard to resist the urge to see all the places on its must-see lists. Do everything the guidebooks ask you to, but tick them off quickly so you can save time to step off the beaten path. There’s almost nothing that isn’t discussed to death on the internet, of course, but what I mean is try and do things that don’t always make it to the guidebooks and listicles. I have often found that places and experiences off the world’s many tourist paths stay with one a lot longer. It’s those unusual things I tend to remember, years after they happened, more than the stuff I was told I couldn’t miss. And it’s those memories I want to share, in hope of inspiring similar offbeat rambles.

As Exhibit A, I present Taman Negara in Malaysia, where I went instead of going to Kuala Lumpur’s Petronas Towers like everybody said I should. Supposedly the world’s oldest deciduous rainforest, at over 130 million years old, it is just 6 hours from the country’s capital. This sounds like a great distance, but it’s not tiresome, because the bus from Kuala Lumpur to Kuala Tembeling Jetty takes about 3 hours; after that there’s a 3-hour ride on a long, motor-powered canoe to the national park (which, if you’re wondering, is what the name “Taman Negara" means in Malay). 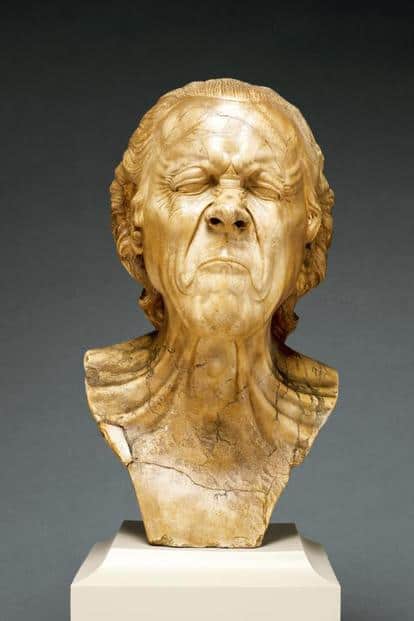 ‘The Vexed Man’ head carved in alabaster by Franz Xaver Messerschmidt, on display at the Belvedere in Vienna, Austria. Photo: Alamy

That boat ride made me feel like a character from Tarzan Of The Apes, especially when the river levels dropped and the boatmen jumped out to push the craft through to deeper water. The jungle rose up on either side, replacing the sights and sounds of civilization with weird and sometimes frightening screeches. Home to over 3,000 species of plants and 150 species of mammals like the Malayan sun bear, flat-headed cat and smoky flying squirrel, there really isn’t any place like it on Earth. Once at the park, I could choose between swimming in the crystal-clear cascading rapids of Lata Berkoh, climbing up Bukit Teresek hill or crossing one of the longest suspension bridges in Asia, more than 500m long, around 40m above the jungle floor. When I returned to the city, an afternoon of shopping at the Bukit Bintang mall seemed tame and pointless in comparison.

In trying to stay away from much-discussed paths, I’ve found that simple things affect me more profoundly than more documented sights and sounds. In Almaty, the former capital of Kazakhstan, I was more impressed with my trip to a local spa than the city’s natural beauty. The city’s residents take their sauna quite seriously so the spa, called Arasan, was located in a massive building. I decided to go on a friend’s recommendation, so nothing prepared me for the shock of being surrounded by nude men of all ages the minute I stepped inside its cavernous marble interiors. There was a separate section for women. The space was divided into Turkish, Finnish, Moroccan and Russian steam rooms, each offering variations of what hot water can do to the human body. Naked men were beating themselves with birch leaves in one room, or were being beaten by other men elsewhere for a fee. At the massage table, a large Russian man splashed warm water over me and pounded every inch of my body. I was surprised to find myself liking it. I stepped out feeling like a new person, and armed with proof that despite those long-standing rumours swirling around on the internet, Asian men are not the most poorly endowed.

I loved Angkor Wat in Cambodia, but found myself moved a lot more when I stepped inside the Tuol Sleng Genocide Museum in Phnom Penh. Once a school, Tuol Sleng had been turned into a horrifying place called Security Prison 21 in 1976 by the murderous Khmer Rouge regime, and was one of the concentration camps where 20,000 prisoners were executed. The board outside the museum has a rough translation of the prison rules. “While getting lashes or electrification you must not cry at all [sic]," read Rule No.6. There was also this: “If you don’t follow all the above rules, you shall get many lashes of electric wire." Inside, some rooms housed rusting bed frames on which prisoners were chained and burnt alive hours before the Khmer Rouge were driven out in 1979. It was a sobering reminder of how some of the world’s most beautiful places hide bloody histories.

Going where the locals go is another great idea, which is how I once found myself in Schöneberg, also known as Berlin’s gay district. I went pub-hopping with a group of gay and lesbian friends from the city—without them I would never have found the place we ended up at. It was an unassuming little bar, almost hidden among the glitzy strip clubs and burlesque theatres located around it. Drinks were served in tubs filled to the brim with ice, with full bottles, glasses and mixers stuck in. While men and women made out casually in dark corners, I sang awful karaoke with strangers until 4am, after which I took a cab and staggered into my hotel room with a large smile plastered on my face. I still think of it as one of the most fun nights I’ve had.

The next time you find yourself in Malaysia or Mauritius, Paris or New York, go ahead and do the touristy stuff. But also take a day off to explore, when you put aside the smartphone, and tuck the guidebook under your pillow. Not knowing what you might find is why human beings put aside their hunks of raw meat, aeons ago, and began travelling in the first place.

Literature is a great source. Reading a novel called ‘The Chess Machine’ by Robert Löhr in Vienna introduced me to the work of 18th century sculptor Franz Xaver Messerschmidt and his intriguing ‘Character Heads’ series, exhibited at the Belvedere palace museum.

Personal interests often define how and where you travel. In my case, that’s music. Little-known facts about musicians and composers have taken me down all kinds of dark and bright alleyways.

Spending time with locals at a bar or coffee shop is a great idea. You’ll get the best tips.