Krishna Reddy: An obscure master from the world of printmaking

Not widely known in India, Reddy was a pioneer

Artist Krishna Reddy, who died on 22 August at the age of 93, was an unsung genius in the world of Indian art. His unique talent is attested by the faith young galleries like Experimenter, which only shows emerging avant-garde artists, have invested in his work. “His experiments with printmaking were way ahead of his time," says Prateek Raja, co-director of the Kolkata-based gallery, on phone. Raja, who knew Reddy closely and admired his work for many years, featured him in a solo show in 2016. The nonagenarian stood out in his gallery’s roster.

The same year, the Metropolitan Museum of Art in New York included Reddy in a group show along with Stanley William Hayter and Zarina. By then, Reddy was a legend in the field of printmaking. In his country of origin, though, he still occupied a nebulous space. Awarded the Padma Shri in 1972, Reddy was sporadically part of shows in India. In 2014, the Kiran Nadar Museum of Art, for instance, showed his work as part of a large group exhibition. But unlike his contemporaries—M.F. Husain, S.H. Raza, and F.N. Souza—who were widely feted, Reddy remained a marginal figure.

Part of the reason for this obscurity may be Reddy’s decision to live away from India. More crucially, perhaps his chosen area of expertise denied him a prime spot in the history of contemporary Indian art. “He invented an all-new technique of printmaking and went on to master it," says Raja. Sadly, printmaking isn’t high on the agenda of Indian galleries. “It’s because the format allows for creating multiples of the same work, that its commercial value isn’t high," Raja adds.

In the 1950s, as a student at Hayter’s famous Paris studio, Atelier 17, Reddy mastered the technique of multicolour viscosity printing. The process allowed him to experiment with different colours on the same plate and achieve a sculptural texture. Over the next few decades, he became a pioneer of this form, holding workshops across the world and creating astonishing prints. “He was devoted to his art," says Raja, “In spite of his advanced age, he would go to his workshop in New York every day, aided by a walker." 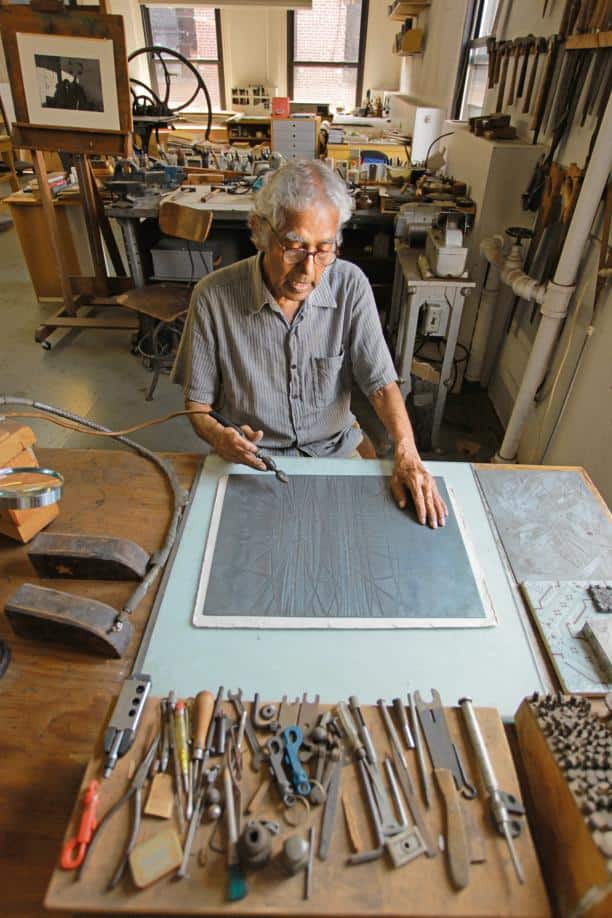 Reddy went on to study in London, supported by philosopher J. Krishnamurti, before landing up in Paris. But his early training at Santiniketan never left him. While his friends Alberto Giacometti and Joan Miró were revolutionizing in European modernism, Reddy made vividly colourful prints of flora and fauna. As the poetry of his gaze ripened, he painted the Clown series. Like Ganesh Pyne, he was struck by the tragic potential in the face of the joker, who is shattered by shards of colour in his prints.

Although Reddy was the first Indian to become the director of Atelier 17, the student protests of 1968 in Europe left him disillusioned. He moved to the US in 1976. Fittingly, Reddy’s work will be next seen in his beloved Paris. Experimenter is planning another show early next year in Kolkata.

Reddy’s work will be part of the Foire Internationale d’Art Contemporain in Paris, 18-21 October, courtesy Experimenter.