Transgender people in Kashmir are seen only when they perform at weddings or when they are acting as matchmakers. A new book reveals the extent of their marginalization

Shabnam Subhan starts getting ready at 5pm: rouge on her cheeks, lipstick, kohl in her eyes, nails brightly painted. She wears a faux-gold necklace and bangles, and a pair of shoes which go with her embellished dress. Wrapping herself in a shawl, she gets into an auto-rickshaw, which takes her to the house where a wedding is taking place. A colleague joins her there. The hosts welcome them respectfully: kehwa is served with kandi kulcha (a type of local bread) and pound cake, typical fare at every Kashmiri maenzraat (mehndiraat).

After they have eaten, Subhan and her colleague are accompanied to the tent where the women have gathered to wait for the bride. The duo settles into position—Subhan with the tumbaknaer (a drum-like musical instrument), and her colleague with a tambourine. They begin with sombre Sufi songs. Then come long, soulful laments, drawing the occasional tear. Pretty soon they’re mixing it up, sometimes moving to Bollywood before returning to Kashmiri tunes. They dance, swinging their hips and arms to the music through the night. When the sun comes up, they take their fee and leave.

As long as it is dark, as long as they are entertaining others, people like Subhan can dress the way they want. At the crack of dawn, they become men again. Transgender people in Kashmir typically lead an invisible life. They are seen only when they perform at weddings, or when they’re acting as manzimyors (matchmakers).

“It’s not just us," says Subhan, 44, a transgender woman from Srinagar. “Even people who identify as men dress as women to perform at weddings. At weddings, when we wear the clothes we want, behave the way we want, it’s not a sign of society accepting us as normal. We’re just performers. It is just an act, night’s play."

In public they refrain from flamboyant clothing, taking care not to stand out, wary of being ridiculed for being lanczh (a Kashmiri term, often pejorative, meaning a powerless, impotent male). But there are markers, say those in the know. They recognize each other through behavioural codes, which includes their stride, the manner in which they talk, the plucked eyebrows and hand gestures.

Though the transgender community of Kashmir lives within this enforced invisibility, a new book, Hijras Of Kashmir—A Marginalized Form Of Personhood, by Aijaz Ahmad Bund, an LGBTQ+ rights activist, released in November by the non-governmental organization Kashmir Women’s Collective, brings parts of their lives into focus.

Shabnam Subhan makes a living as a matchmaker and by performing at weddings. Photo: Abid Bhat/Mint

The state has not been able to ascertain the exact number of transgender people, but Bund, who is 29, says it is fair to call the community an ethnic minority, with differences not just in mannerism but also in language and culture. Bund’s book delineates some of the differences.

Male to female transgender persons are biological males who reject their masculine identity to identify as women. The book explains that male to female transgenders in Kashmir are of three types: Khunsi are those with ambiguous genitalia, or with no trace of genitalia except a tiny hole for urination. They can be flat-chested or big breasted. Zanaan lanczh are those who cross-dress and have a tiny non-erectile phallus, though in some cases they could have a functional penis. Zanaan lanczh look and act like women. Mard lanczh or Pant lanczh look like men and do not cross-dress. They may or may not have an erectile phallus but their mannerisms resemble that of the opposite sex.

Transgender people here are triply disadvantaged. For their gender, because they’re living in a Muslim state with a strong social control, and because Kashmir is a conflict zone. This happens in any conflict. Other social problems are overshadowed - Aijaz Ahmad Bund

Bund’s book is the first ethnographic study of transgender people in Kashmir, based on interviews of 24 transgender people between the ages of 15 and 55. Most have only primary education, only one is a post-graduate; five are unemployed; four work as matchmakers, four earn their living by singing and dancing at weddings. Just about half of this group earns around Rs5,000 a month or below. None of them earns above Rs25,000.

These figures are representative of the lives of most Kashmiri transgender people, who struggle with a sense of worthlessness, unemployment, recurring humiliation and a lack of access to basic resources, including housing and education.

Subhan’s story is also full of struggles, a crisis of identity, of abuse, and of eventually coming to terms with her difference. She is a male to female transgender. Like many others, she was bullied in school, rejected by her own family, consigned to a marginal—even desperate—life. As a teenager she struggled deeply with the very basis of her identity: trying to figure out if she felt like a man or a woman. In the presence of those who knew her, she would dress like a man, but once in a while the sense of being a woman trapped in the body of a man would overpower her. She would then wear her aunt’s burqa, high heels, and lipstick stolen from her cousin’s drawer, and roam the streets as a woman. Soon enough the family found out. She was thrown out of her home for “bringing shame" to the clan. Subhan comes from a village in north Kashmir but has been living in Srinagar for the past 25 years. “Getting accommodation is not easy," she says. “Since most of us don’t have a regular income, house owners are hesitant in giving us rooms, which means we’re often homeless. We are denied basic property rights."

Subhan, who couldn’t continue her education beyond high school, makes a living as a matchmaker and by performing at weddings. Both these occupations are becoming less relevant as people opt for DJs or invite folk singers at weddings, and use social media or their own friends and family to find a match.

Most of the transgender people seen in mainstream Kashmiri society perform the same jobs as Subhan. Bund says this is because these are the occupations society approves of.

“Many of them are sex workers, or do trivial jobs," he says. “They want to work but physical labour isn’t possible, because labour contractors don’t hire them. They have faced discrimination since they were children, so they usually don’t have enough education for white collar jobs."

Transgender people in Kashmir have sub-groupings based on caste, class, involvement in sexual activity (most transgender people stay away from the ones who work as sex workers), and geographic location (rural, urban).

Unlike the transgender community elsewhere in India, Kashmiri transgender people are not organized. They stay connected, following more or less the same social structure as the hijras in the rest of the country: A transgender person joins the community through a guru. The guru takes care of the chela’s (disciple’s) material, economic needs, and the disciple, in turn, gives all her earnings to the guru. On the death of the guru, her wealth is supposed to be distributed among the disciples. This transfer of wealth does not happen in Kashmir.

Subhan, like most in the community, was scarred by an incident that took place a few years ago. The body of an old transgender person was found lying on the road, the ear half-eaten by a dog. This person had not joined a transgender family.

“Transgender people here are triply disadvantaged," Bund says. “For their gender, because they’re living in a Muslim state with strong social control, and because Kashmir is a conflict zone. This happens in any conflict. Other social problems are overshadowed."

Even though transgender people in Kashmir are not castrated, to become a member of a transgender family is to pledge completely to a feminine lifestyle. The transgender family is matriarchal, like elsewhere. The family includes the naien (grandmother; the equivalent of a guru), a koor—the daughter or the disciple, who is initiated into the family after a formal ceremony—and sisters (benih) and aunts (maaseh). There is no role for a male member.

In 2008, after years of thinking herself different, Subhan entered a transgender family in a ceremony called dupteh traawun, an age-old custom by which a transgender person is accepted as a sister. She remembers wearing a maroon salwar suit. Getting ready took 2-3 hours. When she was ready, she was led into a room full of other transgender persons. There was traditional chorus singing. “We have to dress up like a bride," says Subhan. “We apply make-up, we wear our best clothes. It is just like any other wedding." A dupatta was spread over her and gifts and cash (typically Rs1,100) given to her.

Bund’s book explores another ritual, called sether thaawun, marking the entry of a daughter. The grandmother makes the young transgender person suckle from an inflated cotton breast, symbolizing the mother-daughter relationship through breastfeeding.

Transgender people in Kashmir also have a dialect in which they interact with one another. Their subculture is, in part, hidden away so that they can defend themselves against any infringement from outsiders, and language comprises part of that. The language, called lanczh Farsi, has words like chzatuk (young man), chateh (young woman), moorat (passive partner), poatch (active partner), cheesa (handsome), and beela (ugly). Despite its name, there is no significant overlap with Persian. The language has no written script and is passed on from one generation to another orally. Different versions of it are followed in different places. While Muslim transgender persons speak hijra Farsi, Hindus use Gupti. “If I have to say I liked that girl, I will say mehram cheesi," laughs Subhan. “If I have to say the tea is good, I will say laend achi hai. If I have to say the boy is good, we say czhogur cheesa. All of it wouldn’t make sense to the outsider, but that’s the point."

Decades ago, the image of a transgender person in Kashmir was of someone dressed elegantly in a pheran, wearing long, dangling earrings, on the same lines as an ornament worn by married Kashmiri Pandit women, blessing a young couple at the birth of a child or a wedding. “Once they were respected a lot in society," says 74-year-old Kashmiri poet and writer Zareef Ahmad Zareef. “People used to be scared of their curse because it was believed the community is closer to God, as they suffer so much." The struggles of transgender people in Kashmir are the same as the problems faced by other such people elsewhere.

Just like most people from the wider community, transgender people in Kashmir follow Islam—practising the basic rites. Since mosques continue to be male-dominated spaces, the community’s visibility is largely restricted. “Of course, we offer prayers, but dressed as a man, standing right behind the men," says Subhan. It is perhaps ironic that in the early years of Islam, eunuchs were trusted with the guardianship of a number of epicentral sites, including the Prophet’s tomb and the Ka’bah.

Subhan, like most members of the community, refers to Allah often in her conversation. “We are ridiculed all the time," she says. “But if I am a mistake, then I am Allah’s mistake." 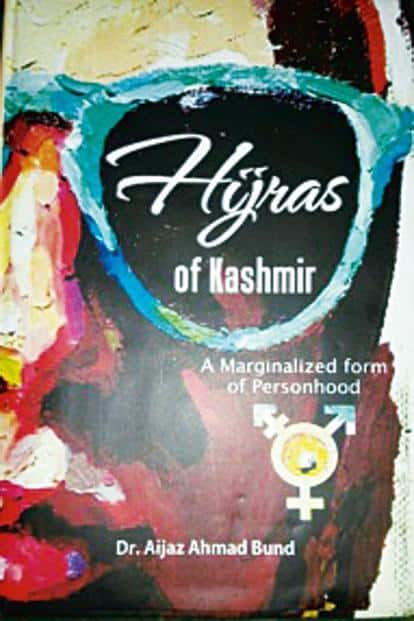