JaipurPhoto, the outdoor international photography festival, returns to the Pink City with a focus on 'home'

Jaipur is riding a cultural wave. First, there’s the glitz and grey matter of the literature festival, now 11 years old. There is the new sculpture park at Nahargarh Fort, displaying contemporary art in a traditional space. Then, the Charles Correa-designed Jawahar Kala Kendra, whose revamped swanky facilities serve theatre, art, music and dance. Now, the third edition of the JaipurPhoto festival is poised to return, from 23 February-4 March.

The international outdoor photography festival was conceived in 2016 by the husband-wife curator team of Lola Mac Dougall and Nikhil Padgaonkar. Their 2015 project, GoaPhoto, which staged photography exhibitions at Goan heritage sites, had caught the eye of the Rajasthan government, which invited them to do something similar in Jaipur.

This year, the festival will feature works by 12 photographers from around the world, including four Indians. The display sites will include the iconic Hawa Mahal, City Palace, Jantar Mantar and Albert Hall Museum. With large-size prints displayed at public locations, the festival aims to enable an alternative experience of photography, one that is more open to the public.

But exhibiting at historic sites is challenging. “We have been given many heritage sites, but on the downside we need to make sure no image is pasted or nailed, and that nothing gets damaged. So, mounting displays in protected sites is an arduous undertaking, as the possibility of something going wrong is very real," says the producer, Nikhil Padgaonkar, on email.

The opening weekend (23-25 February) will see a series of panel events at Jawahar Kala Kendra. Mac Dougall, the artistic director, stresses the importance of mixed programming. “We’re also including films in the events programme, as documentaries can sometimes be a more accessible medium than talks and lectures," she says on email. But if their weekend line-up is anything to go by, photography enthusiasts have much to look forward to.

The keynote address, “Storytelling With Vernacular Photography", will be delivered by prominent Dutch artist and designer Erik Kessels, noted for championing accidents and mistakes in photography. Other speakers include the Indian writer Aveek Sen, the British photographer Anna Fox and the British academic Val Williams, known for curating the major show How We Are: Photographing Britain at London’s Tate Britain in 2007.

The guest curator for the festival is the American-born, UK-settled Aaron Schuman. He dons many hats—artist, writer, curator and educator. There is usually a call-for-entries at such festivals, but for JaipurPhoto, Schuman, along with Mac Dougall, has “carefully selected each artist, approached them directly, and invited them to exhibit the specific photographic projects", he writes on email. “I felt that each of these projects bore a fascinating relationship to the festival theme, Homeward Bound."

The theme, which takes its name from the 1966 song Homeward Bound by the American folk-rock duo Simon & Garfunkel, is a shift away from the last two editions—travel photography. “I settled on the idea of looking at photographers who, instead of travelling to far-flung, unfamiliar and ‘exotic’ places, were exploring something much closer to home," says Schuman. 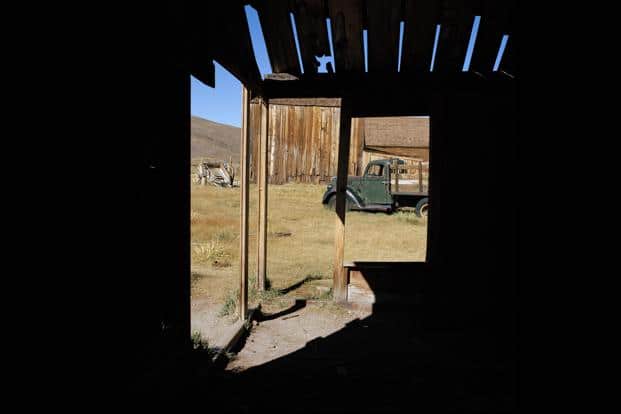 Their projects consider “home" in wide-ranging ways. In Fulford’s hypnotic A Dozen Doors, pitch darkness permeates the frames and glimmers of civilization seep in through the openings. It’s a perfect metaphor for Fulford. He writes in the accompanying text, “Home is a geographical place of identity, but also a state of mind from which you look out into the world." 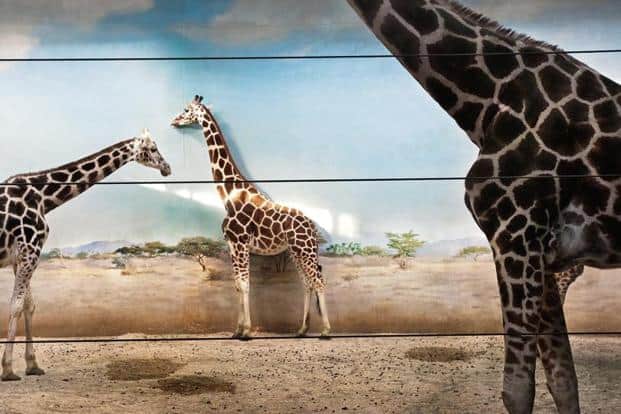 The idea of “home" isn’t restricted to the human species. In Asmita Parelkar’s project Giraffe Behind The Door, the lens turns poignantly to animals in zoos, held captive for human pleasure. In one photograph, shot at New York’s Bronx Zoo, three giraffes stand against a panoramically designed savannah, mimicking their natural habitat. It makes one ask—for whom? It doesn’t fool either giraffes or visitors.

Another project has a cosmic perspective, looking at the meteors that travel incomprehensible distances to reach our planet, making us conscious of our place or “home" in the universe. The German artist Regine Petersen’s Find A Fallen Star explores meteorite-falls on Earth, capturing the stories through sites and witnesses. Fittingly, her works will be shown at Jantar Mantar, the astronomical observatory commissioned by maharaja Sawai Jai Singh in the early 18th century.

The previous editions of the festival have brought home a few lessons. Accessibility is a key concern. “This time we have included a Hindi translation in our introductory texts, as many visitors weren’t able to understand English," says Mac Dougall. “This will ensure a wider public is able to understand the curatorial line and the photographer’s own motivations."

JaipurPhoto’s attempt at bringing “art" to the masses can bewilder or delight. For some who will never enter an art gallery in their life, it’s a chance at discovery.

What will the casual Jaipur strollers think as they walk past the blown-up photographs of things, people and places far away from “home"? They may feel confused, at first, or perhaps amused. In the end, they may not like it and decide it’s not “art"—but, then, if it weren’t for places like JaipurPhoto, they might never find out if they do.

JaipurPhoto will run from 23 February-4 March across different sites in Jaipur. For details, visit here .