It happened one summer...

“The night before my final at the Beijing Olympics, I was a nervous wreck. The failure of Athens four years ago, and its trauma, had become a part of my life. The following day was Judgement Day. When I woke up, after managing to sleep only at dawn, I felt ready. (After my performance) I wasn’t sure if I had won the final. It was only when I turned towards Gaby (Bühlmann, his coach), and she nodded and said that I had indeed won, and a gold at that, that I believed it had actually happened. I didn’t think I was going to become a national hero because of my achievement, and that people would be chanting my name. No. If at all, people remember my name once in four years only. Still, a massive burden had been removed from my shoulders. I grew the ability to accept my limitations and be able to work with them instead of resisting them. That’s what changed my life in the summer of 2008."

Summer of 1987: “My friend had to be taken off for rabies shots”

“I remember, sometime in the late 1980s, when my sister had a birthday. My mother had decided the party would be held in Lodhi Gardens. I remember my mother, her friends, my grandmother, my great-grandmother and some children running around among the ruins. My great-grandmother, Ija, had a little Lhasa Apso called Badri who had a terrible temper. He bit one of the children, my friend Ninna. She had to be taken off for rabies shots (howling, of course) but Ija ignored the commotion and fed Badri some more cake."

Summer of 1968: “We had such a good time, we ran out of money”. Photo: Rumi Taraporevala

“I was 11 years old and 17 of us (extended family and friends) went to Kashmir for the holidays. The planning was as exciting as the trip; everybody had to have sunglasses. I remember my first pair: ridiculously large, round and very 1960s. When we finally reached Kashmir (after travelling by train and bus), it took our breath away. We rented two houseboats on Dal Lake, joined by a common floating garden. From Srinagar, we went to Pahalgam and on to Gulmarg on little tuttoo ponies. The slopes were steep and scary, and I screamed so loudly I set off all the other ponies. We had such a good time that we ran out of money, so we had to telegram my uncle in Bombay to send us some. On our way down, we learnt about Robert Kennedy’s assassination. Forty years later, the seven of us who remain from the original 17, will never forget our most memorable holiday and the paradise that once was Kashmir." 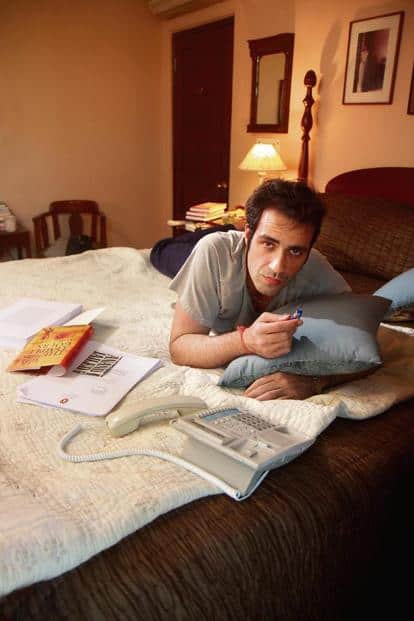 Summer of 2003: “I heard footfalls in the thousands outside my window”

“One summer, fresh out of college, I lived as a lodger in the bowery loft of the feminist writer and activist Kate Millett. The heat in the afternoons was prodigious. One day, I heard footfalls in the thousands outside my window. Two years after 9/11, my first thought was: There must have been a terror attack in Lower Manhattan. It turned out to be the great blackout of 2003. Thousands poured into the streets. As darkness fell, restaurants began to hand out free beers. It was a bacchanal. There were underwear parties in little-known dives that lasted until dawn."

“I was at a residency in Santa Monica, California, where I made a radical decision. Instead of showing my work at the site, I arranged with a friend to hold my ‘show’ at his home in Hollywood—only to be thrown out of his place less than an hour before it opened. He was furious about the extreme conceptual nature of my work, which was based solely on my interaction with my audience, and didn’t have a tangible form. In the end, I managed to move it to a neighbourhood park, but the experience became a defining moment for my practice, which explores ideas of radical hospitality."

“I went to the Garhwal Himalayas, along with 20 school students, for a first-hand look at the Chipko Movement. We first went to the ashram of Sunderlal Bahuguna, one of the founders of the movement, which started with some village women hugging trees to prevent their felling. This would have destroyed their water sources, and their way of life. In the next two weeks, we walked 250km, our feet blistered and sore, and saw how the villagers had enclosed patches of forest. No felling and grazing was allowed here, which led to the regrowth of a diverse forest, and significantly better fodder, wood, fruit and biodiversity. It was a mind-altering trip for me, a young boy of 16, his first time in rural India, learning about an environmental ethic. It changed my world view, and, indeed, my life. As a very important side effect—I ended up being married to one of my co-travellers!"

“As a child, my summers were not structured, but they shaped my life. I learnt to be silent and still. Enjoy solitude. Read. Observe the life around me so easily missed: birds, bees, mongooses, while reading under the shade of an ancient peepal tree.

I read Jane Goodall‘s In The Shadow Of Man, and wrote to her about my breakthrough with crows who employed hollowed barks as ‘straws’ to access water from deep earthen bowls. I read Rachel Carson’s courageous book Silent Spring, which exposed the harmful impacts of pesticides. She embodied the ‘power of one’, made me understand the import of the written word.

I found my childhood summers, and my world, again when I visited my secret stream, somewhere in the wilds of Uttarakhand, in 2014."