Is fiction ever entirely fictional?

Amitava Kumar’s novel The Lovers has several beloveds. To begin with, the women—bright, fiery—who flit through the pages, and the life of our protagonist Kailash. Then there’s the city, New York, with its dazzling streets and quiet hidden parks, its brownstone flats, and heaving bars.

Immersed in his graduate programme, Kailash finds immense fulfilment in academic life—at least when he’s not struggling with assignments—the reading, and writing, and classroom discussions. He also remains in awe of his charismatic professor Ehsaan Ali (modelled on the real-life Eqbal Ahmad, a Pakistani political scientist, activist and academic), who in time turns mentor, adviser and friend. The country too, caught in its Reagan-era politics, lies vast, tumultuous and beautiful before him. Here is a young man caught in the throes of many loves.

As much as it is about love, its complicated joys and unexpected sorrows, The Lovers is also a snapshot of a journey. Kailash, or as his friends call him in jest, Kalashnikov, sometimes AK-47, or even AK (not a coincidence, as we shall see, that this denotes the initials of the author’s own name), has travelled far. He is an immigrant, and this is his account of his years at university in America, after a childhood in small-town Patna (dominated by memories of monkeys and mangoes).

As is the case with many Biharis, he is a “migrant" within his own country too, having moved to the capital for his undergraduate degree. His life is marked by movement, of discovery, yes, yet also a constant leaving behind, and something more. Early in the book, Kailash confesses to being overcome by a feeling that took root and never left him, “the feeling that in this place that was someone else’s country, I did not have a place to stand". No wonder then that the courses that most resonate with Kailash are those taught by Ehsaan, on home, nationhood and exile.

The experience of exile, for reasons quite obvious, is particularly pertinent. At one point, Ehsaan asks his students what tokens they’ve brought from their homes. Most of them say photographs. It is, as their professor says, akin to people once carrying handfuls of earth with them. Yet this is no clichéd novel on the “immigrant experience". 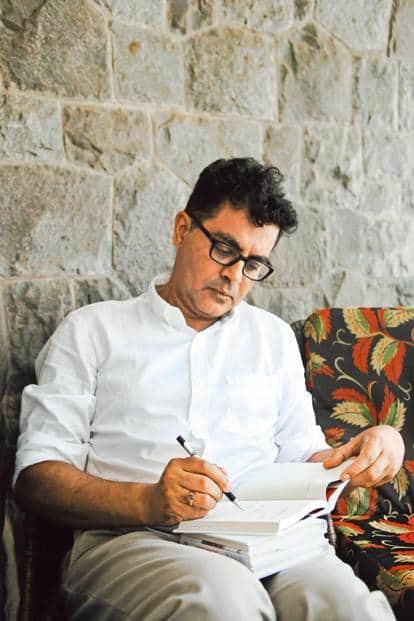 Where Kumar excels is in closely intertwining the experience of exile and love. According to Abi Doukhan in Emmanuel Levinas: A Philosophy Of Exile: “Ever since Plato, love has been associated with coming home, as a return to an original wholeness. The beloved is for the most part not an exiled other, but a long-lost soulmate, a companion, a familiar ‘you’."

And so it is with AK and his string of relationships—divided in the book into eponymous sections: “Jennifer", “Nina" and “Cai Yan". Upon landing in America, he is looking to fall in love. It’s a similar scenario in Akhil Sharma’s short story A Life Of Adventure And Delight, where the protagonist, also newly arrived in the country (and the same city as AK), “had immediately begun loitering on Craiglist and Backpage". Except that in the 1980s, “courtship" was different, or, rather, encounters had to be “arranged" offline. Access, so to speak, was limited.

These three women are either in AK’s classes or work at his university. And what Kumar captures delicately, poignantly, is how relationships, especially mixed-race relationships, are suffused with discovery on levels apart from the “self". There is food, for instance, and couples cooking for each other. The Lovers has a lovely scene of Cai Yan making fresh dumplings for AK in his flat, after he has fed her a home-made meal of rice, cauliflower and chicken. With Nina, they lunch on beer and ice cream in the park. Jennifer introduces AK to hummus and olives, and his first taste of Mexican food.

The act of love and sustenance is inextricably linked. It is discovery of taste and palate. Through the women, the discovery too of an unfamiliar city, a new nation. Yet they remain ultimately out of his reach, escaping his grasp, the relationships invariably falling apart. 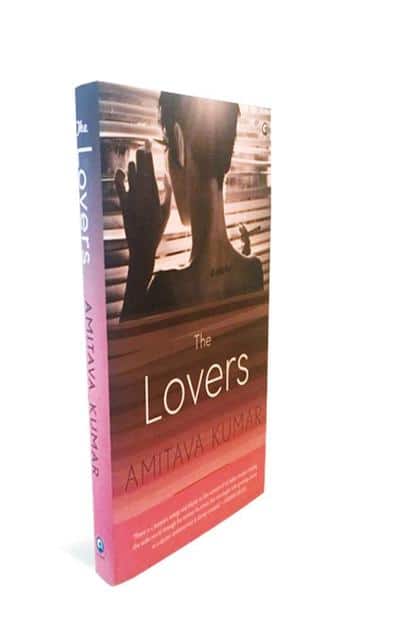 While Kumar’s previous books have mostly stayed in the realm of non-fiction—Lunch With A Bigot comprised a collection of superb essays, A Matter Of Rats was a wonderful rumination on Patna, but also on writing about places, Bombay London New York was a figurative wandering through these cities in search of the themes and inspirations of Indian writers in English—The Lovers is clearly subtitled “A Novel". But Kumar’s storytelling becomes genre-defying, almost playfully so. In the tradition of W.G. Sebald, Patrick Modiano, Péter Esterházy, Kumar too riotously blends the factual, the real, with the fictional, and in a way that can make The Lovers an intense, yet not unrewarding, read.

There are inserts of photographs, footnotes, diary pages, letters, sketches, and the writing itself weaves between history both political and personal in a discursive, allusive way. Yet Kumar pushes the book beyond that.

As Kailash says: “From Ehsaan we sought narrative. We didn’t always care how much of it was non-fiction or fiction. Ehsaan lived—and narrated—his life along the blurry Line of Control between the two genres." So does The Lovers.

Conjuring questions in the reader: Is fiction ever entirely fictional? Especially when writing about love, desire, and loss—of self, relationships, belonging. The Lovers is perhaps closest to Kumar’s Passport Photos, another book that held a mirror up to the immigrant’s face, and asked what they saw there. How much gained? How much, as ever, left behind? And where next? Kumar suggests there are no answers. Only literature.