How these Telangana women farmers rode out the pandemic

Decades of sustainable farming helped a group of 5,000 women farmers of the Deccan Development Society cut ties with markets and cash crops 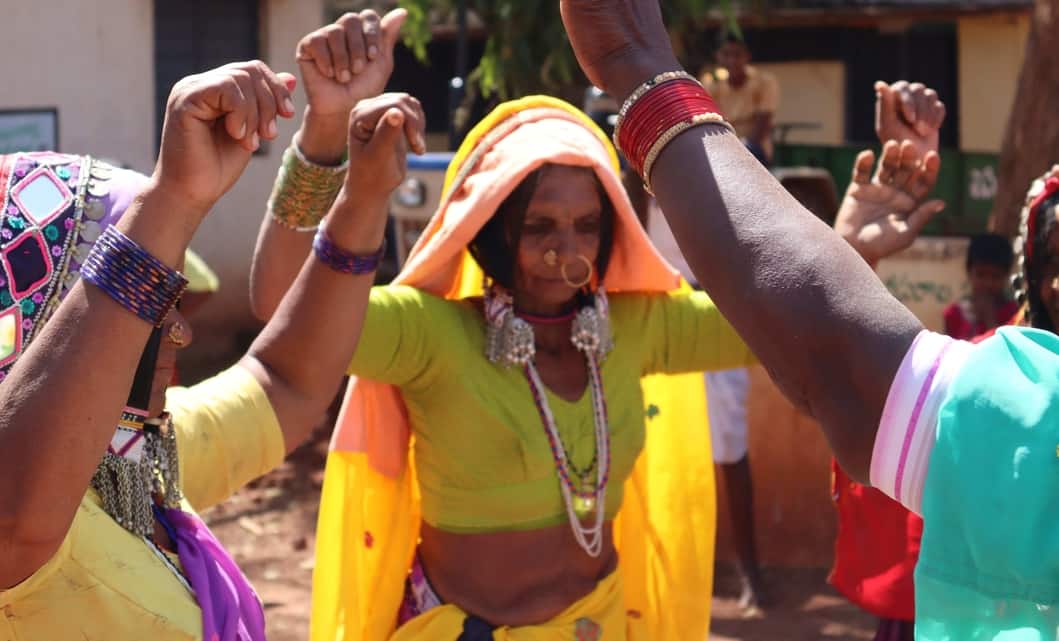 Sixty-five-year-old M Mogullamma, a Dalit farmer from Telangana, is almost offended when asked if the pandemic, the lockdown and the economic slowdown affected her livelihood. “I had a good produce this year, more than we needed to survive,” she says. She is part of a collective of 5,000-odd women, Deccan Development Society (DDS), which promotes sustainable and community-led organic farming.

The women farmers of Sangareddy district, who are part of DDS, say they’ve been the exception in a year when farmers across the country suffered, and attribute their resilience to the sustainable farming practices they’ve been following for close to 40 years. As women farmers trying to make ends meet, they’ve focused on growing indigenous crops that can weather wild changes in climate, and crops with nutritional over commercial value to sustain their families first. They’re not dependent on the market for food security, but only sell their excess produce now.

In March 2020, the lockdown to limit the spread of covid-19 brought supply chains to a halt, leaving farmers with tonnes of produce they could not sell. Farmers without business meant many daily labourers too struggled to make ends meet. Mogullamma and her fellow farmers stepped in to help. “Since all of us had a good season as usual, we went from village to village to distribute jowar flour, chilli powder, tamarind, pulses, and jaggery. We made ragi malt and distributed it to pregnant women. We handed over the supplies to anganwadi teachers,” she says.

In October 2020, unprecedented floods wiped out crops worth ₹8,633 crore across Telangana. The capital city, Hyderabad, recorded 324mm of rain in 24 hours for the first time in two decades. Sangareddy district received 83% excess rainfall during the North-East monsoon between 1 October and 31 December 2020. Farmer leaders estimate at least 20 lakh acres of farmlands were flooded, making an already dire situation worse. “The excess moisture in the soil gave my ginger crops rhizome rot. Instead of the usual harvest of about 100 quintals per acre, last year I could harvest only 75 quintals,” says Sanjeev Rathod, a farmer from Gousabad village who owns nine acres of land. “This is the first time I am facing such losses. Ginger is usually a reliable crop.”

Conventional farmers faced a double whammy as their dependence on pesticides means the soil retains less water. “Pesticide usage reduces the water-absorbing capacity of the soil. Those who grew commercial crops faced the biggest losses as they use the most pesticides. As the rains were low the last two years, and farmers switched to dry crops which made things worse. Just two days of rains in October last year was enough to cause losses in nearly 15% of all farmlands in this region,” says the mandal panchayat development officer for Sangareddy district, S Srinivasa Rao. “The situation was similar in 2015 when there were heavy rains,” he added.

Women like Mogullama did not face crop losses either due to the lockdown or the floods. “We could see a difference between organic farmers like us and the farmers who use fertilisers such as urea,” Mogullama says. “Firstly, they plant only four varieties of crops. Since they use urea, their crops grow very fast. So when it rained excessively, all of it was destroyed and they could not harvest anything.”

By sowing a wider variety of crops, farmers like Mogullama diversified their risks “I sowed 25 crops in my 1.5 acres of land. Even if 10 of our crops are destroyed, we have 15 more to depend on. Stronger crops like jowar, pearl millet and foxtail millet withstood the rains. So, at the end of the day, we had something to harvest. We had enough to eat,” she adds.

Also Read: Growing heirloom rice, one grain at a time

Their resilience was built through the sustainable farming movement initiated by DDS in 1983. It is now spread to 75 villages in the Sangareddy, a dryland district some 65 km northwest of Hyderabad in Telangana.

The movement encouraged Dalit women to form sanghams or groups for solidarity to fight caste oppression, poverty, lack of land rights, and gender discrimination. As Dalit women didn't own land, the sanghams would pool their savings to lease land, which gave them the autonomy to grow crops that were indigenous to the land and food that meets their nutritional requirements.

At least 5,000 acres are now free of chemical pesticides and fertilizers. “The idea was to enable Dalit women farmers to achieve sovereignty in all aspects. We encouraged them to stop depending on the market for their food security,” says the founder of DDS, PV Satheesh. DDS also introduced seed banks in which traditional seed varieties could be preserved. “This gives them seed sovereignty. Traditional seeds are both hardy to the vagaries of the climate, unlike the ones found in the market,” adds Satheesh.

In 2019, DDS won the Equator Prize for its holistic approach to climate change, food security, and empowering marginalised women. In 2020, it won the Prince Albert II of Monaco Foundation Award “in recognition of DDS women's work to rehabilitate degraded lands and promote biodiversity.”

Every January, the Deccan Development Society organizes a month-long biodiversity festival. An entourage of bullock carts loaded with all kinds of millets and accompanied by dance and music goes village to village to promote organic farming and the importance of biodiversity in farming. “We started this festival in 2002. This year, we saw the most enthusiasm and participation. The lockdown and the floods seem to have reminded everyone about the importance of traditional practices,” says I Mollumma, a videographer with DDS.

“Farmers growing maize and cotton observed that those with food grains could survive and help others. We did not have to depend on government dole-outs. Seeing us, many of them began growing food crops like jowar and rabi post the lockdown,” Mogullama adds.

Karthikeyan Hemalatha is an independent journalist based in Chennai.

Reporting for this story was supported by the Pulitzer Center.