How Sridevi made lightning strike with ‘Hawa Hawai’

In an excerpt from an upcoming Sridevi biography, 'Queen of Hearts' by Lalita Iyer, we learn how the 'Hawa Hawai' song from 'Mr India' came to be

Saroj Khan and Sridevi’s relationship did not start very well. The first time they worked together was on the song Maine rab se tujhe in Karma, when there were thirteen retakes. When the shot was finally okayed, Sridevi came up to her and said, “Masterji, if you think I am a great dancer, you are mistaken. I need rehearsals. Will you please give me rehearsals?" So Saroj Khan asked Subhash Ghai for rehearsals, and he laughed. But Sridevi and she worked it out and became friends. “We used to do at least two songs a month, sometimes more. She told producers she wanted to work with me. In fact, she didn’t give dates till she knew I was free. She always fought for me," said Saroj.

The song Hawa Hawai in Shekhar Kapur’s science fiction adventure cemented the relationship between the dancer and her guru. That song was perhaps the most spectacular side effect of a cross connection on a landline (remember those things?). Seema (Sridevi) is a goofy journalist who is constantly mistaking identities and interviewing the wrong people and struggling to find some quiet time to write. She overhears a conversation on a cross connection on the telephone which alerts her to the arrival of a certain Mr Wolcott (Bob Cristo) and puts her on the trail of a gang of smugglers. 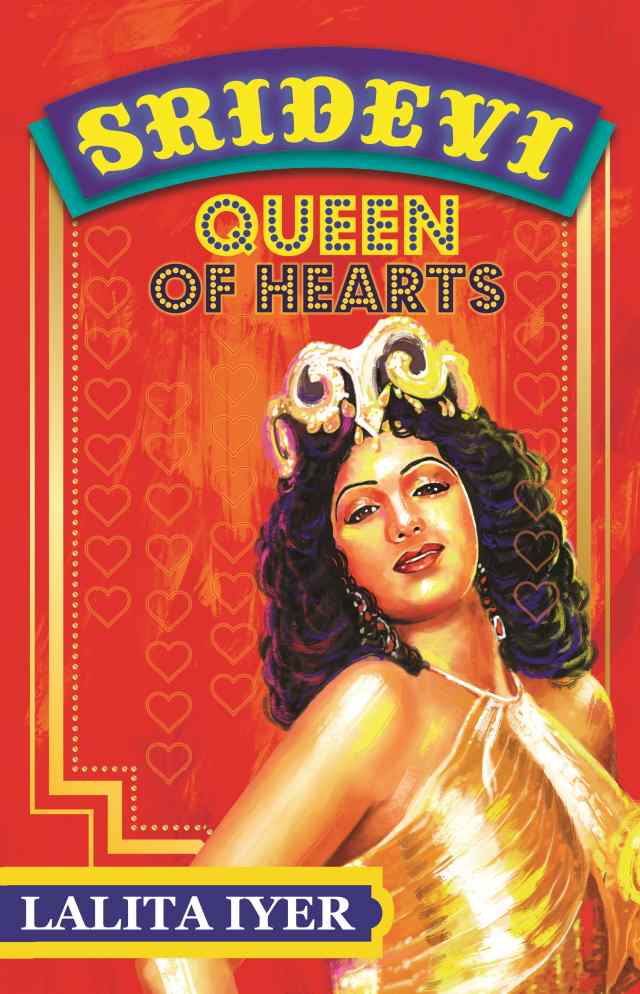 To gain entry into the smugglers’ den, she goes undercover as an exotic Hawaiian dancer(naturally called Hawa Hawai), making a grand entrance, wearing apples and grapes in her hair.

She requests a room for her “costume changes" and gets to work. In the next frame, which begins with a close up of her derriere in a shimmering gold dress, she starts to sing in a nonsense “foreign" language, made up of the names of faraway cities of the world (of course Honolulu features prominently), then segues full on into Hindi, while trying to uncover Wolcott’s secrets—thereby creating the greatest chartbuster of the ’80s.

Saroj Khan’s animated choreography, Laxmikant-Pyarelal’s upbeat tune and Javed Akhtar’s wacky lyrics were a prize cocktail. Sridevi, of course, added a lot of her own style—her trademark trick-stumbles, eye rolls, a cross-eyed moment halfway through the song. Such was her energy while shooting the song that director Shekhar Kapur wasn’t sure where to place the camera; if he focused on her face, he felt he would lose out on her toes. When she danced, she danced with her whole body—so much so that Kapur felt even her toes were emoting. “Her mind doesn’t know what her body is doing," Kapur had said.

It seems that Sridevi would design her entire look for every song; each and every thing about her get-up from top to toe, including her make-up. She would call Saroj Khan to the make-up room and say, “Masterji, look! I am dressed like this. Is it good for your song?" If Khan didn’t approve, she would change everything. For Hawa Hawai she transitions from an all-gold ensemble (complete with head dress) at the start of the song to an off-shoulder white and gold outfit to the final black, white and red number in which she eventually gets caught and is chained up in the villain’s den.

Only Shekhar Kapur could have had the ingenious idea of rendering the background dancers black-faced in Hawa Hawai. Because that triumphant moment was hers and hers alone; the obliteration of any distraction, human or otherwise, was necessary. Hawa Hawai in that sense is the quintessential Hindi film song at its best; it is woven into the story and also works as a standalone number.

During the Mr India shoot, there was no rehearsal hall, and in the manner of someone who always does her homework, Sridevi said to Saroj Khan, “I am willing to dance in the corridor." And that’s where Hawa Hawai was rehearsed.

Choreographer Ahmed Khan, who was also one of the child actors in the film, remembers being called to the “doctor’s" cabin during the hospital sequence in the film. “Sridevi was reserved at the start, but later very friendly with all the child stars in the film and she was so loving. We would have dance competitions on set and play games; she wanted to be part of our gang. Once, she called us in and asked us to teach her a few breakdance steps for the Hawa Hawai song. She was aware that I knew that form of dance and wanted to do something different in the song to bring in more variety. I told her that learning break dance won’t be easy and that it will take a lot of time but she learnt it in fifteen minutes. And then she told us, ‘I am going to spoil it now’. She added comedy to it."

As the song begins, she improvises to keep up with the Hawa Hawai persona. You believe her when she says, “Bijli giraane main hoon aayee". That is the effect Sridevi had on your heart: she struck lightning into it. It is difficult for me to watch this song sitting still even today, over thirty years after I first watched it. When she moves, you want to burst into dance too.

Excerpted from Sridevi: Queen of Hearts by Lalita Iyer, to be published by Westland on 28 September.

Also read | From the archives: The Sridevi club

Also read | Sridevi and the death of a superstar