From the FIFA World Cup archives: When Spain had a ball

In the fifth part of our special series, we look at three key moments in Spain's world cup adventures

1986: The Vulture and Danish Dynamite

Emilio Butragueño may have been weeks short of his 23rd birthday when he arrived in Mexico, but his exploits with Real Madrid had already made him a striker to be feared. Before the round-of-16 tie against Denmark, however, he barely featured in the conversation. Instead, it was the Danes and their travelling fans—the chant of “We are red, we are white, we are Danish dynamite" caught on quickly—that hogged the headlines. With good reason too.

After easing past Scotland 1-0, Denmark had destroyed Uruguay 6-1 and then thoroughly outclassed West Germany 2-0. In Michael Laudrup, they had a supreme playmaker, while Preben Elkjær Larsen offered both an intimidating physical presence and exceptional finishing. It was his deft pass in the 33rd minute that allowed Klaus Berggreen to run into the box, where he was promptly taken down by Ricardo Gallego.

Jesper Olsen stroked in the penalty. But 10 minutes later, it was Olsen who would begin the slide to oblivion. His casual back pass to Lars Høgh, the goalkeeper, was directionless, and Butragueño crept in to bury the ball in the net. Then, after Elkjær had missed two chances to regain the lead, Butragueño was on hand to head in from close range after José Antonio Camacho had glanced on Victor’s corner.

Both men had acres of space, and that lack of defensive attentiveness came to the fore again 12 minutes later as a long diagonal ball released Butragueño. Søren Busk brought him down, and Andoni Goikoetxea, The Butcher from Bilbao, dispatched the penalty.

In the 80th minute, the Danish squib became even damper. Eloy’s cross found Butragueño, again in acres of space, and he duly completed his hat-trick. By the time he tucked away his fourth of the game—a penalty in the 88th minute—the Danes were a well-beaten rabble, unrecognizable from the side that had swaggered through the first round. 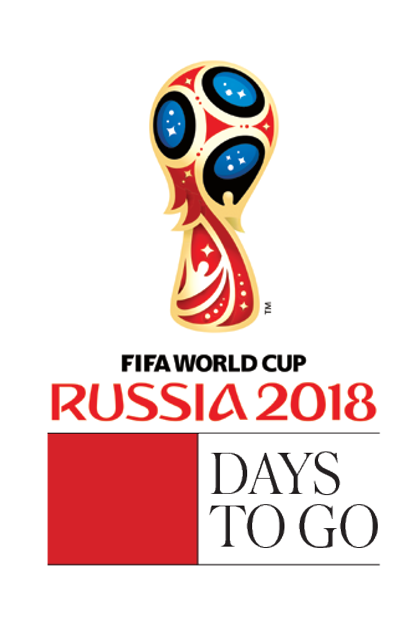 This was a World Cup semi-final, but for Spain it represented so much more than that. Home to two of the world’s most storied football clubs—Real Madrid and Barcelona—Spain had been serial underachievers on the world stage. Each time they looked likely to make a splash, they would manage two backward steps for each forward one.

But by 2010, they had a squad with shoulders broad enough to handle the expectations. They had beaten Germany in the final of Euro 2008—their first major honour since 1964—but were once again outsiders given the Germans’ pedigree in the big tournaments. To add to the pressure, Spain had struggled to find the back of the net, while the Germans had put four goals past both England and Argentina in their two previous games.

David Villa, one of seven Barcelona players in the starting XI—three others were from Real—spurned an early opportunity, and Piotr Trochowski’s speculative shot from a distance had to be turned behind by Iker Casillas as the opening stages featured plenty of cut and thrust. The key moment came on the stroke of half-time, when Sergio Ramos collided clumsily with Mesut Özil as the two fought for possession near the penalty box. Viktor Kassai, the Hungarian referee, waved away German protests.

Xabi Alonso’s long-range radar was off as Spain wrested control in the second half, and when Andrés Iniesta slalomed his way into the area, Villa couldn’t turn home his precise cross across the goal. It could have been a costly miss too, but Toni Kroos, on as a substitute, struck his volley too close to Casillas at the other end.

For all Spain’s intricate passing and movement, the breakthrough came from a set piece. A corner from Xavi Hernandez, and header from Carles Puyol. Late in the game, Pedro had the chance to widen the margin, but his over-elaboration gave Germany a chance to clear their lines. Joachim Löw’s side could find no way through, and Vicente del Bosque’s men would go on to beat the Netherlands by the same margin in the final.

Spain had needed extra time to beat the Netherlands in the 2010 final, and though they won Euro 2012, beating Italy emphatically in the final, there had been signs that a legendary side that had won three straight major tournaments was in decline. But for most of the first half in Salvador, it seemed business as usual, with Xavi, Iniesta and Alonso orchestrating a carousel waltz of passes from midfield.

One such from Xavi had cleared a route to goal for Diego Costa, booed by Brazilians fans who resented his change of nationality—he was born just 200km away in the town of Lagarto. Costa won a penalty, and Alonso scored. Then, with half-time approaching, David Silva was released by another delicious pass, this time from Iniesta. But Jesper Cillessen saved his attempted chip, and the game turned on its axis just 60 seconds later.

Daley Blind was just inside the Spanish half on the left when he sent over a long raking pass in the direction of Robin van Persie, who had slipped free of Ramos’ attentions. When the ball started to drop, he was just inside the area. But with Casillas perhaps expecting a shot, van Persie threw himself at the ball like a performing seal. The looping header gave Casillas no chance, and the Netherlands, unexpectedly, had parity.

Van Persie ran to the bench to celebrate with Louis van Gaal and the two men were central to a second half that was a rout. The prime catalyst, however, was Arjen Robben and the searing pace that left Spain’s defence dizzy.

Robben’s control of a high ball gave the Dutch their second, de Vrij headed in a third, and van Persie was on hand to capitalize on a calamitous Casillas mistake. Then, with 10 minutes left on the clock, Robben—who had missed a gilt-edged chance to win the 2010 final—left Ramos trailing before stopping, changing direction and thoroughly embarrassing the Spanish rearguard with one of the goals of the competition.

“I feel sick, ill at ease, but with the courage a defeat must not sink us," said del Bosque afterwards. But five days later, they lost 2-0 to Chile. An era was over.