From the versatile leaves of the 'arbi' plant to the curled fiddlehead fern, Lounge takes a look at some of the lesser-known leafy superfoods of India

There is some truth to the secret powers of Popeye the Sailor. Our unlikely hero routinely energized himself with a can of spinach before battle and ended up saving the world. And it is a truth universally acknowledged that all green leafy vegetables are good for us. Yet, for some reason, apart from a few signature dishes like sarson da saag in Punjab or haak in Kashmir, green leafy vegetables, or saag as they are commonly called, are largely ignored in our rich culinary repertoire.

But green leafy vegetables have for generations been used in rural India to enrich a sparse diet, treat common ailments and improve overall health. The tribal communities that live in close proximity to forests know the most about these edible leaves, so a mind-boggling variety of seasonal leafy vegetables and edible weeds are part of their daily diet. While we are quick to single out kale and other imported leaves as superfoods, there is an entire trove of local and seasonal edible greens that grow across the country. This list is just a small curtain-raiser. Beng Saag (Centella asiatica): It is a versatile medicinal plant whose name is inspired by baeng (the Bengali word for frog), for the chorus of frogs announcing the rains coincides with the appearance of this saag. Beng is exceptionally rich in iron and dietary fibre. It has a mildly pungent taste with a hint of methi-(fenugreek-)like bitterness. It is popular across Jharkhand and Chhattisgarh. 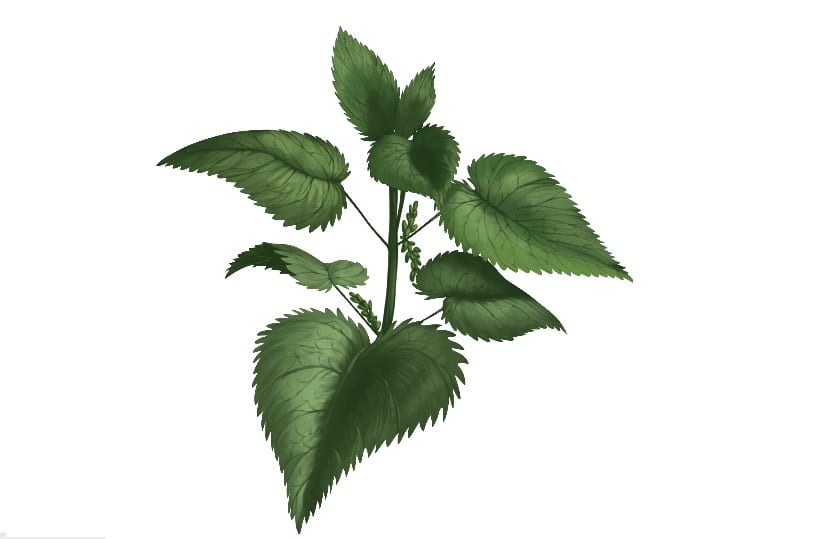 Sisunak Saag (Urtica dioica): Also known as the stinging nettle or bicchu buti, it shares the distinction of spawning several memorable songs in Hindi cinema. Daiyya Re Daiyya! Lag Gayo Papi Bichhuwa! is a classic from Bimal Roy’s Madhumati. It was only the poorest who prepared it as an accompaniment to thick millet roti. Once cooked, though, it doesn’t sting the palate in the least. According to legend, this was the only “food" consumed by the famous Tibetan mystic poet Millerappa during his weeks-long retreat in the forest.

Chiniya Saag (Brassica pekinensis): Apart from having an intriguing name, this saag is a rich source of calcium, iron and beta carotene. Not to be confused with the Chinese cabbage, its smooth, dark green leaves form a cluster reminiscent of the mustard plant. Though slightly less pungent, its flavour profile is similar to mustard. There is ongoing research into the beneficial nature of these leaves, which are believed to build immunity and even prevent some types of cancer. It is cooked with a dash of mustard oil and green or red chillies. Hirmichiya Saag (Enhydra fluctuans): It is rich in calcium and is believed to contain iron and beta carotene. Like almost all leafy greens, it is a natural laxative. Some believe that it can also cure insomnia if kept under the pillow. All these health benefits make up for its less than appealing flavour. It is usually eaten across the tribal belt of Jharkhand, Chhattisgarh, Odisha, Bihar and parts of West Bengal as a dry bhaji. 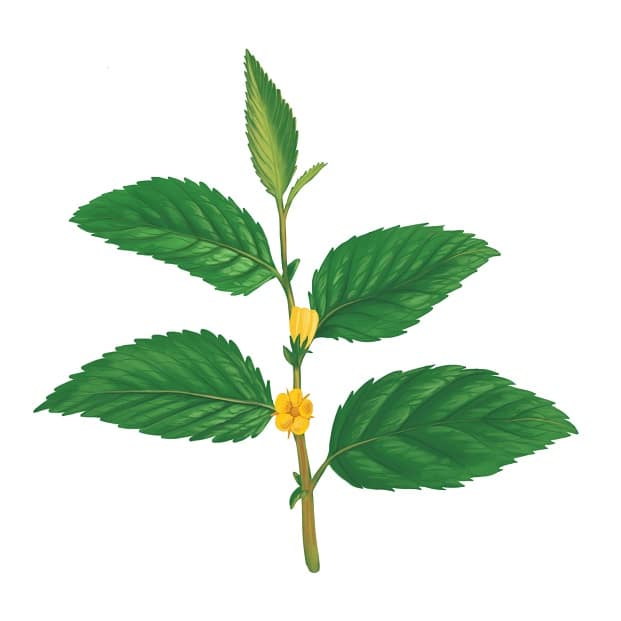 Sanai Saag (Corchorus olitorius): In an earlier era when plastics and polythene were not so common, packing was all about gunny bags and sacks made with hessian, patsan or jute. Pioneering millionaires made their fortunes trading in jute and affordable clothing was woven with jute fibre. The leaves of the jute plant are rich in vitamins A, C and E and form part of the regular diet of people in Odisha, Bihar, Jharkhand and Chhattisgarh. Munga Saag (Moringa oleifera): Both the moringa flowers and their leaves are edible. However, the most widely consumed part of this tree is the seed pods or drumsticks. The drumstick flowers are used both in fresh and dried form. As for the leaves, a missionary from Belgium, called Father Banphal, who worked in Jharkhand, did a fair bit of research to validate the traditional claims about munga saag’s therapeutic properties. It is considered to be good for iron deficiency and is a laxative. It is consumed fresh or dried, prepared as chutney or a stand-alone dish, and even paired with meat, fish or dal.

Linguda (Matteuccia sthrutiopteris): While purists may quibble that the linguda or fiddlehead fern is technically not a green leafy vegetable, this fern with its identifiable spiral crest is regarded as a saag in Uttarakhand and Himachal Pradesh, where it grows abundantly in the wild. It is considered a delicacy in the North-East, where it is called dhekia xaak, and cooked with pork and fish. In Uttarakhand, it is cooked into a curd-based curry, while in the Kullu valley it is mostly consumed as a pickle. Ugal Saag (Fagopyrum esculentum): Once as commonly cooked as spinach, today this saag, the leaf of the buckwheat plant, can hardly be seen in markets. Buckwheat flour (kotu ka atta) is popularly consumed during fasts when regular wheat or rice are not allowed. Ugal leaves are cooked as saag in a few villages in Uttarakhand and Nepal. The leaves have a sharp astringent flavour that takes some getting used to. The buckwheat microgreens are highly valued as a superfood. 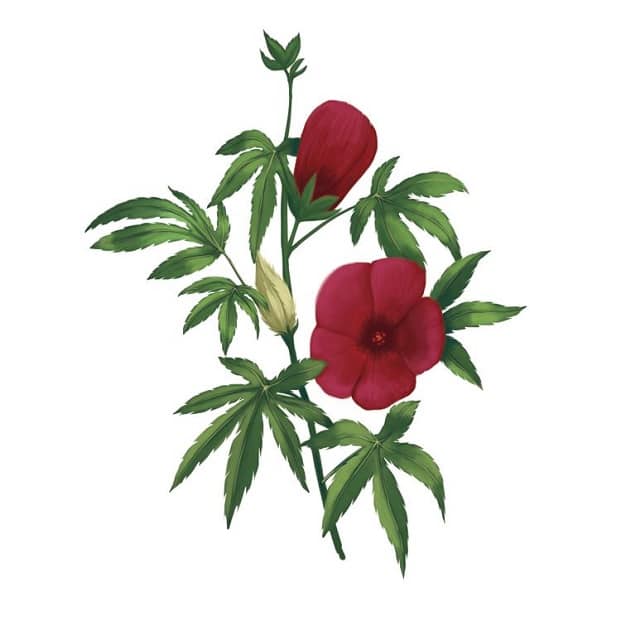 Kudrum (Hibiscus cannabinus): Better known for its edible flower, from which a tangy colourful jelly is made, kudrum leaves are nutrient-rich, with high levels of beta carotene and calcium. The leaves, similar to those of the jute plant, are tasty as well as beneficial. Care needs to be taken while cooking to get rid of their sticky sap-like residue. Eaten across Jharkhand, the flower and its stems are more popular than the leaves. Neem Saag (Azadirachta indica): Neem da mada, a popular restorative drink prepared with fried neem leaves and starchy rice water in Jharkhand, is believed to cool and rehydrate the body in the blistering summer months. This green leafy vegetable is widely consumed in many forms. In Bengal, fresh neem leaves are cooked into a delicious stir-fry with brinjal. In eastern Uttar Pradesh, a bhaji of dried neem leaves is popular. In Tamil cuisine, the neem flower is dried and used in rice as well as rasam preparations. Bhaji Saag (Amaranthus viridis): The edible amaranth, known by different names across India, exists in a couple of variations. Different parts of this plant are relished in a variety of forms across the country. The tiny seeds are eaten as ramdaana or rajgira laddoos, and ground to enrich a multigrain atta. The leafy green, which comes in both green and purplish variants, is an exceptionally rich source of vitamin C. It is added to dals or cooked as a simple stir-fried dish with garlic, onion and green chillies. Arbi Patta (Colacassia esculenta): Saru saag, or the leaves of the taro plant, are eaten in Bihar, Jharkhand and eastern Uttar Pradesh, Uttarakhand, Himachal Pradesh and Nepal. The plant’s jumbo leaves can be the star of the dish or can bolster the flavour in fish- or meat-based preparations. From patrel (steamed arbi leaf rolls stuffed with a besan masala) to a south Indian-style curry with coconut milk, the culinary variations on this saag are manifold. It is prized for its taste. Charota Saag (Cassia tora): Also known as chakod, this leaf grows wild like a weed, spreading a mossy emerald carpet on damp ground in forest areas in Bihar, Jharkhand and Chhattisgarh. It is also found in the coastal areas of Karnataka. Rich in iron and micronutrients like zinc, it is considered an excellent way to increase the haemoglobin count. It is eaten as a stir-fry, a vada (lentil fritter), or cooked with dried coconut and jackfruit seeds. Sunsuniya Saag (Marsilea minuta): While this saag has spawned the hit Bhojpuri song Kharo Khet Me Sunsuniya Guinya, Danger Tero Pyaar!, indicative of its popularity in Bihar, it is also widely consumed in the neighbouring states of Odisha, Chhattisgarh and Jharkhand. It is mostly cooked with mustard oil as a dry bhaji. 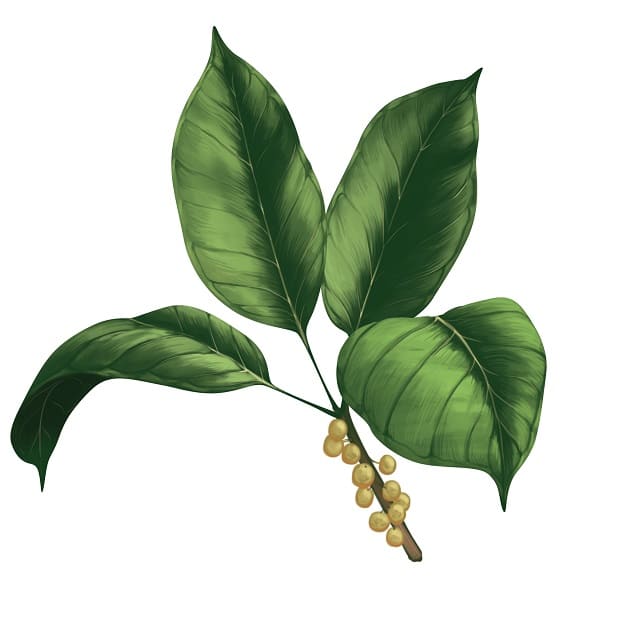 Phutkal (Ficus geniculata): The tender shoots that sprout from this tree are traditionally used as an effective home remedy for digestive ailments, diarrhoea, and vomiting. The green leaves are rich in calcium, iron, zinc and dietary fibre. Apart from being cooked fresh, phutkal is also dried and powdered, and added to dal or curried vegetables for extra flavour.