The new generation of former footballers-turned-managers is fearless, but they will need to show grit to survive

Thierry Henry, Steven Gerrard, Frank Lampard and John Terry have had a mixed 2018. It’s not as if Henry, 41, is facing a goal-scoring drought or Gerrard, 38, and Lampard, 40, are having a bad time in the middle of the park. The same goes for Terry, 37. These players—some of the biggest names in club football in Europe in recent memory—retired a few years ago.

They do, however, form the crux of a new generation of team managers—former players who have dived head first into the managerial realm this year. Gerrard, Liverpool’s iconic talisman, took over at Scottish club Rangers in April. Chelsea’s all-time leading goalscorer, Lampard, became the manager of Derby County in the second tier of English football in May. And Henry, an Arsenal and France legend, took over as manager of one of his former clubs, AS Monaco, in October. Terry, the former Chelsea captain, is now an assistant coach at Aston Villa, having played for them before retiring earlier this year.

The challenge and lure of managing a club after hanging up their boots is something footballers can’t resist. There’s always broadcasting and punditry, but nothing keeps them close to the game the way managing a club does. But as this crop of former players has realized, it’s not easy stepping into the dugout.

Of the four managers, Gerrard has had a better start. Rangers have won 16 of the 30 games (four losses and 10 draws) that they have played under him at a win percentage of 53.3. After beating Heart of Midlothian on 2 December, Rangers are now sitting at the top of the Scottish league, holding a one-point lead over rivals and Glasgow neighbours Celtic FC.

Lampard has overseen 23 matches at Derby County, recording 12 wins, four draws and seven losses. But the former Chelsea midfielder has already shown that he is ready to punch above his weight. His biggest victory so far as Derby manager came against his mentor José Mourinho, when Derby eliminated Manchester United from the Carabao Cup in the third round, at Old Trafford in September. Derby were knocked out in the fourth round but there are plenty of encouraging signs for Lampard. He has introduced some key young players to the squad and his instincts as a midfielder are also visible in Derby’s possession-based approach on the field.

In France, Henry is struggling to find his feet as manager at AS Monaco, a club where he started his professional career. These are still early days for the former World Cup winner, but he has only won once so far in nine matches. This means the AS Monaco team that won the 2016-17 Ligue 1 title is now sitting 19th on the table and is out of the Champions League after a defeat to Spanish side Sevilla. A string of injuries has not helped Henry either. But expectations from him are high given his success with the Belgian national side as an assistant coach to Roberto Martinez.

As Henry’s example shows, the life of a manager is never smooth. In his book The Manager: Inside The Minds Of Football’s Leaders, Mike Carson wrote something about the “men who lead the upper reaches of professional British football" that holds true even for this new generation of managers: “The work they do is intensive, personal, technical and critical.... It is also subject to intense public scrutiny: their every move—whether witnessed, surmised or merely imagined—is subject to widespread analysis in almost every forum imaginable, from bar rooms through offices to internet blogs and live television and radio broadcasts."

Gone are the days when Arsène Wenger and Sir Alex Ferguson built footballing dynasties over decades. Patience wears thin among club owners and fans in the world of modern football. 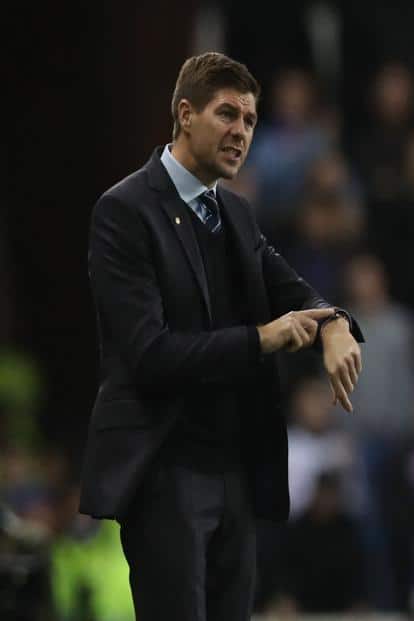 But this does not mean that young managers are doomed. They only need to look at the German Bundesliga for inspiring tales of fearless managers. Julian Nagelsmann, 31, is the youngest-ever head coach in the league. He took over relegation-threatened Hoffenheim at the age of 28 and guided them to back-to-back top-4 finishes. His impressive work at the club has already earned him the manager’s role at RB Leipzig when the 2019-20 season begins. Thomas Tuchel, 45, polished his managerial skills at Mainz and Borussia Dortmund before being appointed the manager of Paris Saint-Germain (PSG) in May. He has come a long way from being in charge of FC Ausburg II to managing a PSG squad that has the world’s most expensive footballer (Neymar Jr), a goalkeeping legend (Gianluigi Buffon) and the world’s best young player and World Cup winner at the age of 19 (Kylian Mbappé).

This list of young talented managers goes on: Eddie Howe, 41 (Bournemouth); Marco Silva, 40 (Everton); Simone Inzaghi, 42 (Lazio) are just some of the other names. A certain Zinedine Zidane is also expected to return to coaching soon after his remarkable tenure at Real Madrid.