It’s quiet but for the rhythmic crunch of gravel beneath my boots. There’s a nip in the air, partly offset by the spring sun on my face. The monkey in my mind decides to take a nap. Suddenly, a portly squirrel waddles across my path and the spell is broken. I’m back to earth on the Crab & Winkle Way, somewhere between Canterbury and Whitstable in England.

Canterbury is famous for its cathedral and, of course, Geoffrey Chaucer’s The Canterbury Tales. A Unesco World Heritage Site, the cathedral is certainly the centre point of any visit to Canterbury. But the city too is an excellent base for exploring the surrounding countryside, with many walking and cycling routes. And though I don’t usually venture into the great outdoors when I travel, I was drawn to the English countryside I had read so much about. With several options to choose from, the Crab & Winkle Way, a 12km route from Canterbury to Whitstable, seemed the most doable, and its history the most intriguing. 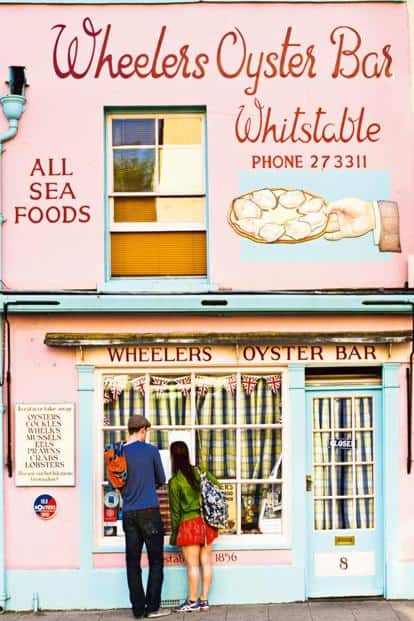 Seaside Whitstable is known for its oysters.Photo: iStockphoto.

The Crab & Winkle Way gets its name from the railway line that once ran between Canterbury and the nearby seaside town of Whitstable. Inaugurated in 1830, the Canterbury and Whitstable Railway, among the earliest in England, was engineered by George Stephenson—considered the “father of the railway"—and his son Robert. The Stephensons also designed the Invicta locomotive initially used on the line, and now on display at the Canterbury Heritage Museum. Arguably the world’s first to run regular passenger services and issue season tickets, the railway was operational till 1952. It was nicknamed the Crab and Winkle Line in honour of the seafood Whitstable was famous for.

In October 1999, the abandoned railway was reborn as the Crab & Winkle Way, a mostly traffic-free cycling and walking path between the two towns. Part of England’s national cycle network Route 1, it uses only about a third of the course of the old railway line, of which little remains. In Canterbury, the path begins from the Canterbury West railway station, a listed building, and wends its way through the town’s suburbs and the University of Kent campus from where it enters the countryside. I cheat a little and begin my trek from the university, skipping the rather steep climb out of Canterbury.

I pause at the 13th century church of St Cosmus and St Damian in the Blean. The Salt Way Seat—a bench and one of several artworks along the path—outside the church is perfect for taking in the view: fields and orchards, a young stoat scurrying through a patch of early bluebells, and the occasional cyclist whizzing past. I’m mildly paranoid about losing my way but I soon realize that following the cycle network’s markers will see me through. The colourful, intricately carved Crab & Winkle signposts at strategic spots bolster my confidence.

Along the way, I pass meadows with grazing horses and cattle, barns, greenhouses and farms with names like Walnut Tree. Signs ask cyclists to give way to horses, a reminder that farm animals are part of everyday life in the region.

Then, I plunge into the mysterious-sounding Clowes Wood. There’s a stillness punctuated only by the burbling of unseen pigeons and the intermittent knock of a woodpecker. Deep in the wood is the Winding Pond picnic area. I catch my breath at the Winding Wheel seat fashioned out of what appear to be old wooden railway sleepers. Water from the pond was used by the steam engines that pulled the train up the gradient in Clowes Wood.

In fact, most of the line was powered by two static, steam-driven “winding engines" that hauled carriages using a cable system. The Invicta locomotive, which was not powerful enough to cope with the gradients, was used only on a section of the line, till it was replaced in 1836 by a third winding engine. And by the late 1840s, the winding engines were replaced by more powerful locomotives.

A mosaic sign for the Crab & Winkle Way in Whitstable, Kent, UK.

From the Winding Pond, it’s straight on through the wood and down a gentle slope. Soon, I’m in Whitstable’s suburbs, keeping a wary eye out for vehicles since part of this on-road stretch of the route has no pavements. I trudge along, making my way towards the harbour where the railway ended. My journey, however, ends at the Crab & Winkle mosaic where Albert and Harbour Streets meet. A little over two-and-a-half hours after I started out, I’ve made it to Whitstable.

As I tuck into succulent, battered fish and chunky chips at the Tudor Tea Rooms on Harbour Street, I feel content.