The Euro 2020 Group of Death goes down to the wire as France, Portugal and Germany vie for qualification for the last 16 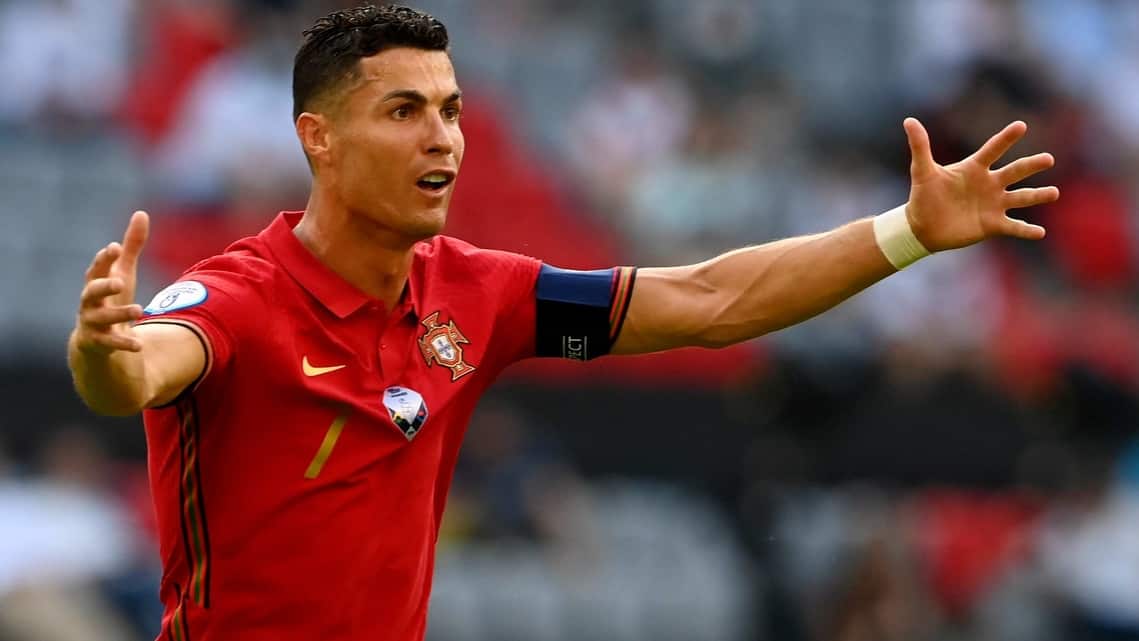 Germany can secure a place in the last 16 of Euro 2020 on Wednesday, but holders Portugal are at real risk of crashing out despite a prolific start to Group F by Cristiano Ronaldo.

France top the section with four points heading into their final game against Portugal, a repeat of the Euro 2016 final, despite an underwhelming 1-1 draw with bottom side Hungary in Budapest.

Germany and Portugal are locked on three points apiece but Joachim Loew's side crucially have the head-to-head edge following a thrilling 4-2 win in Munich that shifted the pressure onto Ronaldo and co.

Portugal began their campaign with a 3-0 win against Hungary as Ronaldo became the leading scorer in European Championship history, but Fernando Santos watched his team ripped apart by Germany last Saturday.

"We will have to look at this game and now what we have to do is clear our heads as we have a very important game against France," Santos said after the loss to Germany.

Ronaldo scored for the third time in two games after starting and finishing a lightning counter-attack against Germany, taking his European Championship tally to 12 goals at a record fifth tournament appearance.

Germany's players warm up for a training session. Germany will face Hungary for a Euro 2020 Group F match on Wednesday, June 23, (AP)

But a fifth defeat in as many meetings with the Germans left Portugal needing to avoid defeat against world champions France to be guaranteed a spot in the knockout rounds.

"The next task is a very difficult one against France," said midfielder Joao Moutinho. "We want to give a better image of ourselves than we did in the last match."

A draw would likely send Portugal through as one of the four best third-placed teams, just as when they went on to win the title five years ago in France.

Also Read: Seven great footballers to watch out for at Euro 2020

An opening loss to France had left Germany in trouble, contemplating the prospect of another group stage failure after their 2018 World Cup flop.

They responded by delivering arguably their best performance since winning the 2014 World Cup, but Loew has tried to temper expectations.

"Nothing of significance has happened, we have only won a game, but now come further challenges which will be just as testing," he said.

At the last World Cup in Russia, Germany bounced back after a shock 1-0 defeat by Mexico in their opening game with a last-gasp 2-1 win over Sweden, only to then finish bottom of the group after being stunned by South Korea.

Germany will go through with a draw, but would be guaranteed a top-two finish if they beat Hungary.

The lack of goals from France's superstar attack of Karim Benzema, Antoine Griezmann and Kylian Mbappe has become the talking point back home -- against Germany it was a Mats Hummels own goal that decided the game.

Griezmann, the Euro 2016 Golden Boot winner, defended Benzema, who is under the spotlight after firing blanks in his first two games at the tournament.

"He wants to score just like Kylian and I, and as a player you need it to feel relaxed and liberated," Griezmann said. "He has been really important in our link-up play and I am sure when he gets one goal the tap will open and it will keep running. "He knows he has the support of the staff and the players and we hope he gets a goal soon, but the most annoying thing would be if he were not even getting the chances."

Also Read: European clubs at a crossroads after a year of pandemic football

Ronaldo is two goals shy of the all-time international record, set by Ali Daei who scored 109 times for Iran. However the Portugal captain has never scored in six previous attempts against France.

As for Germany, they could be without Hummels, Thomas Mueller and Ilkay Gundogan for the clash with Hungary, after the trio picked up knocks against Portugal.

Hungary had fervent home support behind them in Budapest, but must spring an upset in Munich if they are to reach the last 16 for a second straight Euro.