Diksha Basu: The joke’s on everyone

Diksha Basu spent the first 10 years of her life in Delhi and even after she moved to the US, she never severed ties with the city. She returns every few months; Delhi is in her blood, she says. So it is only fitting that her new novel, The Windfall, is set in the Capital. The book gently pokes fun at the city’s foibles, its petty neighbourhood politics and laughs at its absurdities. It follows the dramatic upswing in the fortunes of the Jhas, a middle-class family living in an east Delhi housing society, and charts their journey to the glamorous gated enclaves of Gurugram and into the echelons of the rich and restless, notably the Chopra family. Ensconced in his Punjabi baroque mansion complete with a faux Sistine chapel ceiling, Mr Chopra is a prototype of a familiar Delhi Punjabi whose wealth is often inversely proportional to his IQ. And he is the perfect model for Mr Jha to emulate. Keeping up with Joneses was never this fun as the two newly minted neighbours wend their way through ludicrous situations.

Through the novel, Basu is both an insider as well as the impartial outsider who offers a range of humorous perspectives on the city through its motley characters. This is Basu’s second novel (her first was Opening Night published in 2012). It has been published by Crown in the US and simultaneously released in India, UK, Australia and New Zealand. It is also being optioned as a US TV series by Paramount Television with Shonali Bose (of Margarita With A Straw fame) as the director. In a curious turn of events, Basu’s book coincided with the birth of her first child, and she says , it has been crazy as well as fantastic as she can’t get anxious about one as her mind is always distracted by the other. Edited excerpts from an interview:

You grew up in Delhi in the 1990s, just after liberalization opened up the economy. Did you see the city and its inhabitants graduate from Maruti 800 to Mercedes and the birth of the Mr Chopra prototype?

The transformation was particularly visible for me as I moved to America in the mid-1990s and thereafter started coming back to Delhi every few months. So, I think I saw the change more distinctly than if I was experiencing things on a daily basis. I think most of us who lived in Delhi then (and it continues even now) saw that money does come in windfalls in India. It’s such a complex country and economy where certain sectors are booming so fast that money comes in, in a flood as opposed to a steady trickle. As far as my characters are concerned, it is true that I started becoming more aware of people and things around me in the city as I was growing up. However the basic prototype for a character like Mr Chopra and his general sense of male bravado and male one-upmanship is timeless. 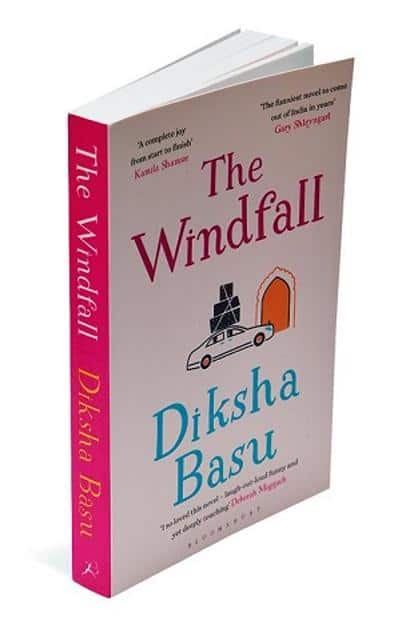 You have said that this book began as a collection of short stories that you were writing during your master of fine arts (MFA) at Columbia University. How did that culminate in the crazy universe of the Jhas, the Guptas and the Chopras?

So when I was doing the MFA, everyone worked within the short story format simply because it was a simpler structure for workshops. It was a very character-driven collection of interconnected stories right from the beginning. And although they were episodic events, they seemed like they were on their way to becoming a novel. Then when I graduated and started working with my agent, we realized there was already an underlying narrative arc within the stories and we wanted to turn that into something more fulfilling. I much prefer full-length novels to the short story and so I was very keen to make the transition. And after we worked on them for two years, we managed to turn it into a full-fledged novel. One of the advantages of working up from the short story is that I already had my characters and they were very alive in my mind and I could place them into any situation. And that made writing the novel very satisfying.

Your central protagonist is the 52-year-old newly-rich Mr Jha with a penchant for sequined sofas. How hard was it to get into his head?

I found it worryingly easy to get into the head of a middle-aged man and I don’t know what that says about me. I was so sick of reading 20-something women writing about 20-something women. I did just one short story that was from Mr Jha’s perspective and I had so much fun with it because it is completely the opposite of what I know and it has allowed me to let my imagination go wherever it wanted to. I gave it to my professor Gary Shteyngart who was so supportive and he claims he laughed loudly all through the story. I think I just needed someone to tell me it’s fiction and you are allowed to do whatever you want and I was somehow doing it successfully, so I kept with it. One of the reasons I write in the first place is because it allows you to live multiple lives within our one life through our characters. And it was really fun to live Mr Jha’s life while I was writing this book. And it’s interesting that while Mr Jha’s particularities are very deeply rooted in Delhi, they also capture something universal. His insecurities, male bravado, sense of competition and pettiness go beyond city and country lines.

It’s interesting that you have perspectives across the social spectrum and even otherwise invisible figures—the drivers, domestic help and watchmen—have strong personalities in your book.

As I mentioned, the idea of having jokes about everyone also translates into the fact that I give everyone a voice. I use the shifting third person perspective and dip in and out of people’s minds and one of the things that interests me the most as a writer is all that is not said in human interactions. Or the misunderstandings that take place with what is said. I am intrigued by the subject of dialogue, how two people can interpret the same situation completely differently. So it became obvious that in order to tap into that, I had to create a rich mental world in which a lot of different perspectives were present.

And while I love the idea of ‘emotional jet lag’, for me this is the only reality I know.... I can’t imagine the thought of not being at multiple places at once.-

Your first book, ‘Opening Night’, was published in 2012. Why are so many journalists calling ‘The Windfall’ your first book? How much have you evolved as a writer since then?

This is because the US is my primary publisher and this is my American debut. Also I have completely transformed as a writer since then. That was a horribly bad book and this one I think is quite strong. I did an MFA in between and spent time honing my skills.

In one of your interviews you mentioned that you were a cultural chameleon due to your travels and upbringing across continents. How has this permeated your writing? Do you ever feel an emotional jet lag as you move between places?

So I think a lot of what I do in this book and the only bits that are autobiographical are the physical geographic locations because I have lived in Delhi, I have lived in New York City and I have lived in Ithaca. The fact that I can move away from these cities and write about them from a distance helps me write about them better. Because I don’t have the proximity to these cities while I am writing about them, I don’t get frustrated by them. Delhi is deeply ingrained in me and is literally in my blood. I can see all its bureaucracy, its frustrations, the heat and the cold and the humour when I am a little farther away. My travels give me the physical distance I need in order to write about it. New York is the same. In fact, I often find myself writing about the city I’m not in. I find myself writing about New York when I’m in Mumbai and Delhi when I’m in New York. I never write about the city I’m actually in at that particular time. And while I love the idea of “emotional jet lag", for me this is the only reality I know. I do it so often that I am usually back in a place before I begin to miss it. I can’t imagine the thought of not being at multiple places at once.

It is becoming increasingly hard to be humorous in India where we take everything very seriously. And while characters like Mr Chopra and Mr Jha, different versions of South Delhi’s nouveau riche, are valid targets for satire, did you worry about offending anyone?

I try not to think about that and I think that as long as you are making fun of everyone, its fair game. And also what I think is crucial and I hope it comes across that I have such a deep love for all my characters, that I am not at any point mocking them. I feel that to laugh at someone with affection is very different from cruel mockery. And it should be equal opportunity for everyone to gently laugh at people and situations. And we should be able to do this irrespective of class, gender or race. The fact that everyone is losing that ability a little bit is increasingly leading to horrific situations around the world.

This also brings me to my next question, which is about censorship and its increasing influence in India. As a writer who is using the tropes of humour and satire, both of which have been targeted in the past, what do you feel about it?

I think it’s shocking and it’s sad that a country like India, which was not built on those ideals, is now falling back on censorship. And I have to be careful even as I am saying this and I think that it is extremely frightening. The level at which this is happening, the most recent one being Amartya Sen’s documentary (The Argumentative Indian) where certain words are considered unacceptable, is very sad and shocking. I definitely hope we see a reversal of that trend in India. As a writer I try not to think about this idea of censorship or offending sentiments. I think the problem is that the whole world is very easily offended and I hope people are reading my book and others in order to enjoy fiction rather than look for things that could offend them.

Tell us about your upcoming work.