In June 2014, a little-known Sunni insurgent group calling itself the Islamic State in Iraq and Syria (ISIS) captured city after city in a three-week blitz through Northern Iraq that ended with the declaration of an Islamic caliphate under its commander Abu Bakr Al-Baghdadi. Combining tactical innovation on the ground with an unprecedented global propaganda offensive, ISIS changed the face of global jihadism forever. At its peak, it reigned over a slice of territory bigger than the United Kingdom and functioned as an efficiently managed proto-state, complete with its own laws, courts and taxation system.

A combined military effort by Russia, Iran, Syria, Iraq, Nato and a number of non-state actors has now pushed ISIS out of its strongholds, with the terror group barely hanging onto a small patch of desert in Syria. But as the dust settles on the short-lived caliphate, policymakers, intelligence agencies and counter-terrorism experts are still struggling to make sense of the ISIS phenomenon. Where did it come from? Why did it appeal to so many Muslim youth from across the world? And has it truly been defeated?

Former journalist Kabir Taneja, now an associate fellow at the Observer Research Foundation, whose work focuses on Middle Eastern foreign policy and counter-terrorism, has tried to answer some of those questions in his monograph The ISIS Phenomenon: South Asia And Beyond, released last month. Based on over a year of interviews, case studies and data gathering by Taneja and his team, the monograph is the first academic attempt to investigate the group’s influence in South Asia. In a freewheeling interview, Taneja talks about the “fall" of ISIS, misconceptions about the group’s presence in India, and the challenges facing India’s security agencies. Edited excerpts:

ISIS has lost a lot of territory in the past year and a half, and in January, US president Donald Trump declared that ISIS had been militarily defeated. Does this loss of territory mean we’re close to seeing the end of ISIS, or do you think the group poses a substantial threat?

We have to remember that ISIS started off as an insurgency. It’s only when they took over a lot of territory, as well as cities like Mosul and Tikrit in 2014, that they declared the caliphate. Now they’ve lost most of that territory, but the predominant threat has always been their ideology and the fantasy of the caliphate that so many people bought into, and that’s still out there. So the threat perception is still very open as far as ISIS is concerned. You can suppress them now, but all those fighters are still around. They’ve already bought into the ideology and they don’t know how to do anything other than fight. So they’ll try to continue with their holy war when they find the opportunity.

The declaration of the caliphate was also a major propaganda coup, allowing ISIS to recruit supporters and fighters from across the world on an unprecedented scale. Is their propaganda still as effective now that the proto-state no longer exists?

I think that has been a big blow. In 2015-16, when ISIS started losing territory, they began telling people interested in joining the caliphate to stay at home and commit attacks. This movement away from the “come and join the caliphate" narrative dissuaded a lot of people from joining ISIS. Many of those radicalized were not interested in committing terror acts in their own countries. Even those who were engaged in spreading online propaganda slowly started getting out of it. This happened in India as well, there are a lot of people that we came to know of who were inclined to go join ISIS in Syria, but went back to their normal lives when ISIS stopped calling for fighters to come to Syria.

There have been a number of media reports about ISIS operatives in India and ISIS flags being flown at protests in Kashmir, but your database puts the number of confirmed ISIS-related cases in the country at just 117. Why has ISIS not been able to make significant inroads into the country?

That’s something we actually failed to ascertain in our study. The motivations of the people we studied were all so distinct and individualistic that no go-to factor emerged. But there are some broad factors that I think played a big part. First of all, compared to other countries where ISIS has had success, there is no massive economic discontent in India that will push them towards radicalization. In Kerala, which has a relatively high number of cases because of its links with the Middle East, there are many cases where the family itself has gone to the cops. Other times, community members have told the police about a local imam who is trying to radicalize people. So, I think that the family and the larger Muslim community also acts as a barrier against radicalization here.

When it comes to Kashmir, we found only one confirmed case from the state. Now people would think that’s a natural place for ISIS to take hold, but that reflects a failure to understand what that conflict is about. In fact, one of the Indians charged with joining ISIS was asked by the investigating agency, why not Kashmir? He said that in Kashmir we’d have to fight two well-armed factions at the same time. There’s the non-believers, which is the Indian Army, and the nationalists and the patriots, which is the separatist groups. He said they are not interested in the whole idea of the global caliphate. They’re just interested in getting their land. And we don’t want to get into that fight. Which shows astute strategic thinking on the part of ISIS, and also explains why they haven’t been able to get a hold in Kashmir. 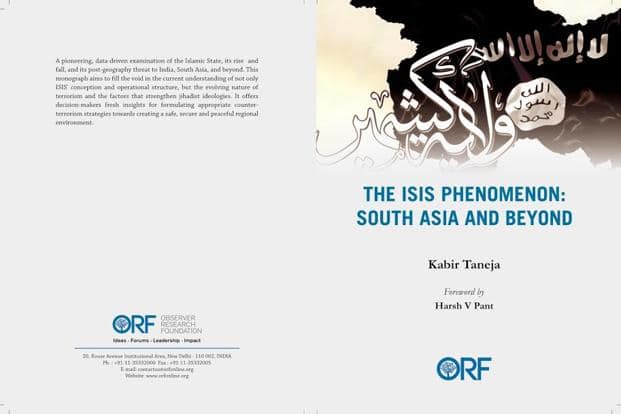 However, ISIS has been able to establish a presence in Afghanistan and Bangladesh. What allowed it to succeed in those countries?

Bangladesh is a very interesting case study. It’s a country that already had latent jihadist structures that have been around for a long time. The country is a mish-mash of a whole bunch of societal and political factors that make it vulnerable to jihadism. But the interesting thing is that the biggest pro-ISIS act in the country was committed by well-educated young men from rich families. They cannot be linked to the usual narrative of radicalization in Bangladesh, which has to do with poverty and disillusionment. As I’ve mentioned in my monograph, one of the people who went to Syria from Bangladesh and became an ideologue there was the nephew of a prominent retired military official. This is a huge problem when it comes to studying such cases in South Asia. Every case has a story around it that has very little to do with the traditional reasons people become jihadists.

Afghanistan is different, in that it has a massive existing jihadist ecosystem. The Islamic State in Khorasan Province (ISKP) is largely made up of former Taliban fighters from Pakistan who were driven out by the Pakistani military. They regrouped in Afghanistan, and looked for groups to join so that they can continue to get paid for fighting. And in that situation, ISIS was just a very good brand to wear. Because if you launch a brand new group, you’re one of the hundreds of jihadist factions in the country. But if you say you’re ISIS, then you’re in The New York Times and The Washington Post overnight. And that’s what happened.

How have the Indian security and intelligence agencies coped with the threat of ISIS?

India has been pretty good at catching people who are planning to travel to Syria. We’ve done very well in the human intelligence aspect. The Achilles heel is the online world, where our capacity is very limited. For a long time, we got tip-offs about radicalized Indians online from our partner agencies abroad. They’d give us the information and then we’d act on it, because we have minimal capacity to track these things online. Cybersecurity is an area in which India needs a fast-paced and radical capacity-building effort, because others are quickly going to pick up on the strategies that ISIS has innovated. Within Syria, for example, many of the Islamist groups that fought against ISIS are using similar propaganda videos to push forward their own agendas.