Long before he had much of an audience, Dashrath Patel knew exactly the kind of artist he wanted to be. A visual polyglot, Patel’s practice was boundless; one that journeyed effortlessly from one medium to another. Patel was the founding director of design at the National Institute of Design (NID), which was set up in 1961 in Ahmedabad. He was among the first and most formidable multimedia artists the country produced. Yet, unlike his contemporaries, M.F. Husain and S.H. Raza, who went on to become household names, for many the name “Dashrath Patel" still requires a quick Google search.

Patel’s oeuvre, one that spans from the 1930s to early 2000s and meanders from ceramics, photography and painting to sculpture, collages and line drawings, has received scant attention. The newly opened Kolkata Centre for Creativity (KCC), a space devoted to hosting, creating and exhibiting multidisciplinary artworks, intends to change that.

As it opened its doors to the public on 21 November, it dedicated its first exhibition to Patel. Titled School, the retrospective has been curated by his friend and mentee, architect-designer Pinakin Patel, who also established the Dashrath Patel Museum in Alibaug, near Mumbai, where the artist resided till his last days in 2010. The KCC has been built with an agenda: to focus its lens on the plurality of the arts (design, art, photography, dance, and so forth), which is ideologically akin to Dashrath Patel’s boundless spirit. Established by Emami Art, one of the city’s largest art spaces, the centre is housed in a five-storey building.

School (1950-2010) opens a window into the artist’s practice, but while it offers a selection of curated pieces from his oeuvre, it doesn’t prepare you for Patel’s voracious fascination with different medias. Lounge spoke with Pinakin, who is also creative director, KCC. Edited excerpts:

Dashrath Patel had always been quite reticent about his work, seldom showcasing it in the public realm. What events led to the friend-mentor relationship you eventually shared with him?

The National Gallery of Modern Art (NGMA) held a retrospective on Dashrath Patel in 1999. It was a back-to-back show in Delhi and then in Mumbai. I had been a collector of art since I was 18, and I had never really managed to get hold of his artworks. At the NGMA, it was the first time I was getting an opportunity to see 50 years of his work all in one place. When I met him there, I asked him, “Why are your works never available and why do I have to see your lifetime’s work all in one show?" To which he responded, “That’s because a good artist must never commercialize his work." Raza and he were together at Ecole nationale supérieure des Beaux-Arts, Paris. So he said, “My friend Raza is going dizzy, trying to make more and more circles and bindis, because now if he stops, nobody will recognize his work. I wanted to prevent being a typecast, and therefore, I never put my works out." So I told him that because out of that fear, he had also disempowered a lot of young people who could’ve been influenced by his work. That statement shook Dashrath a bit, to the extent that he said, “Now everything in the museum is up for sale for you". And that struck the friendship.

Henri Cartier-Bresson happened to come across Patel’s paintings when he was exhibiting at Galerie Barbizon, Paris, in the 1950s. When Bresson gave him his camera and asked him to take a photograph, Patel scoffed and told him off.

Yes. I think he was so obsessed with being a painter, that he was really proud of it. He had won a scholarship and gone to Ecole nationale supérieure des Beaux-Arts. This was the annual show of the college and all the students had put up their works. Bresson went to see the show and saw Dashrath’s works. He thought that even though Dashrath was a painter, he had the eye of a photographer. So, he offered him his camera and nudged him to try his hand at photography. But Dashrath was so proud and secure of his degree, that he said, “No, no I’m a painter, I don’t want to be a photographer." So, Bresson tempted him with Indian food—it was so rare in Paris to find Indian food at that time—and his first wife was Indian. Bresson asked him to take a photograph and later invited him to his home for a meal. That’s how Dashrath’s love for photography came into being. 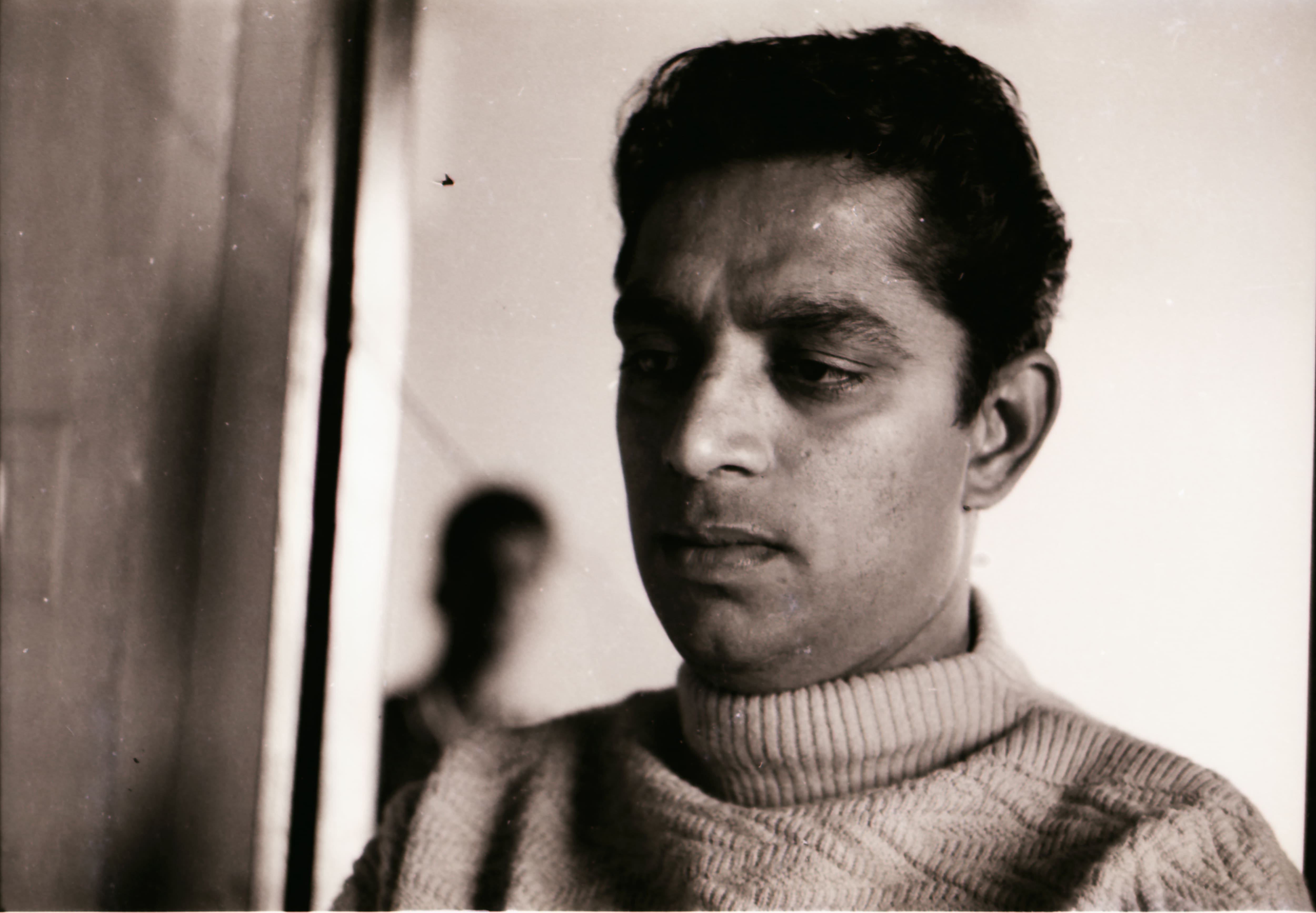 How prominent was photography in his life?

The camera never left his shoulder. He took photographs all the time, but he never tried to compose an award-winning shot. He seemed to be interested in documenting the evolution of independent India from the 1950s onwards. So he photographed the villages, the way people dressed and the way festivals were celebrated. In fact, Dashrath kept going to the same spot year after year to see the changes. In a way, he was building something like a photo essay on India. In fact, the only two mediums (he practised) which I suppose outlived all others were photography and line drawing.

Patel played a pivotal role at NID, received the Padma Shri in 1981, and was posthumously awarded the Padma Bhushan. Why isn’t he well-known as his contemporaries?

Dashrath was a big deal back in the day. He conceptualized the inaugural events for The Festival Of India in USSR and France. I think it was because of the fact that he kept changing disciplines that it was just too much for people to accept that he was cross-pollinating between mediums. Also, when you keep changing your techniques—not only the medium, but even the content—you don’t get iconified. A lot of art that has become popular has been because of its symbolic iconography. And that is exactly what he wanted to resist; he was never apologetic about that.

How different is Patel’s design aesthetics from the quality of design we see in India today?

For him, design was not so much to do with visual imagery as it was to do with function. So, even at NID, he was promoting industrial design. Dashrath had once said that he was scared that the country was headed towards the creation of surplus objects in a faceless society, where industries didn’t know who they were making the product for. Today, perhaps what he had said has come true—that we don’t want to get deep into anything. We don’t care whether it’s handmade or machine-made. The importance given to the word “aesthetic" has shifted, and with that has shifted the relevance of Dashrath. If we get more into a time-rich society where we have some time to contemplate, then maybe there will be a revival for a deeper understanding of design.

(The writer was at the launch of the Kolkata Centre for Creativity at the invitation of Emami Art).

School is on view at the Kolkata Centre for Creativity, Kolkata till 6 January.