It’s the little details in Chhimi Tenduf-La’s new collection of short stories, Loyal Stalkers, that make it so absorbing. Strewn through the chapters are observations so astute, you’ll find yourself nodding along in recognition. Like, “Aftershave so expensive, it must have its own mortgage."

Loyal Stalkers is Tenduf-La’s third book, but the first one I’ve read. Reviews of his novel Panther were glowing, but as it seemed to be a book about cricket, a subject I have very little interest in, I never picked it up. The Amazing Racist, his debut novel, also got plenty of praise and glowing reviews. So it was with some optimism that I began Loyal Stalkers. Spoiler alert: I loved it.

“I have been told I have Sri Lanka exactly right," Tenduf-La said in an interview in 2015. This is important, because Loyal Stalkers is all Sri Lanka. From the way people address each other, to the landscape, to the weather and the food. It’s so important to be able to place a work of fiction, to be able to almost “remember" the story, otherwise you feel strangely disconnected from it. With Loyal Stalkers, I was pulled in and placed at the scene. 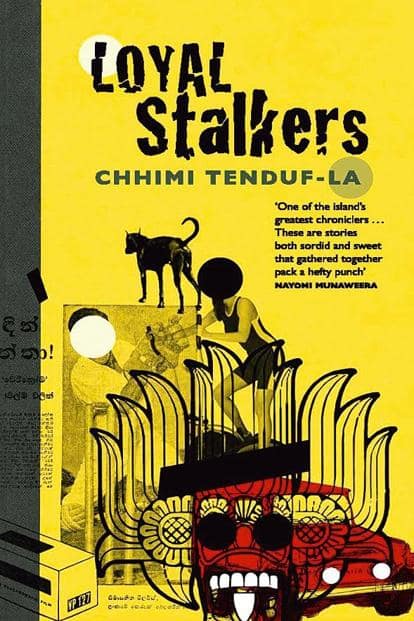 If there is a common theme to the interlinked short stories, I would venture that it’s parenthood. Fathers and mothers of all sorts people the pages, starting from the very beginning: a girl who got raped gives birth and her obstetrician father attends, a watchman steals an expensive cycle for his son, a waiter is put off at having to serve a working-class father and son (the same duo from the earlier story), and in a personal favourite story (which is about cricket, surprise surprise), a cricket-playing boy is embarrassed by his mother, who makes sandwiches and brings cheap presents to give to his teammates before every game.

That last story, titled My Fair And Lovely Lady, is a slower, gentler read than most of the others. Nothing exciting happens in the end, no car chases (because, yes, this book has a car chase), no murder (some of that too), just a story about a boy and his mother. The mother is a maid, who works hard to provide for her son, who goes to an expensive school since he gets a scholarship. She goes to his cricket matches dressed like Eliza Doolittle, in white gloves and carrying a parasol, and puts Fair and Lovely on her skin. She hands out home-made sandwiches she can ill afford to the other parents and children, who eat them out of pity. The son’s point of view is what we read, that combination of guilt and loathing is what we feel too. Haven’t we all been embarrassed by our parents?

The other story I was drawn to is Loyal Stalker. It’s a sort of thriller, and reading it gave me a strange, unsettled feeling. Tenduf-La’s particular skill is getting into the heads of people you might normally ignore—a maid, a watchman, a waiter.

I’m not sure why more people don’t read short stories. You would think that in our social media age, with everything reduced to characters and your phone demanding most of your time, the small format would translate into more readers. But perhaps readers are intimidated by the form: too “literary", too “micro". It’s true also that many writers use the short story as a form in which to do literary backflips as it were, a place to show off.

But with Tenduf-La’s writing, the only complaint is that sometimes, in his need to have a “twist" ending, à la Jeffrey Archer or Roald Dahl, he ignores the build-up and leaves you feeling a bit like you’ve watched a firework go off too soon. Fortunately, these twists do not take away from the rest of the book.