Chairs you need to know about

Pre-modern, modern, postmodern, even post-digital12 iconic chairs every design enthusiast should know about Such carved and gilded furniture was the staple in the courts of French royalty, and it continues to adorn our living rooms. Originally designed in 1918, the chair got its red, yellow, and blue colour scheme—associated with the de Stijl movement and artist Piet Mondrian—in 1923. While the Eames Lounge Chair and Ottoman might be the husband-wife designers’ claim to fame, we just love this little fellow that singularly embodies the best of mid-century modern American design. 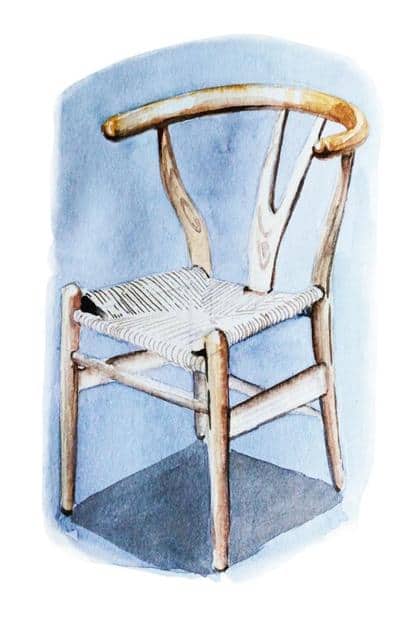 The Danish deserve a list entirely of their own, but for now, we select this slender piece for its sculptural but comfortable form that defines the “organic functionalism" that Danish design is all about.

Part of an entire range of tubular steel furniture—radically new at the time—this was the beginning of Corbusier’s functional, un-ornamental, “machines for living" vision of architecture and design.

Part of an entire range of tubular steel furniture—radically new at the time—this was the beginning of Corbusier’s functional, un-ornamental, “machines for living" vision of architecture and design. While his famous cousin, Le Corbusier, was designing the city of Chandigarh, Jeanneret designed a range of teak and cane furniture. This one with compass-shaped legs became the most iconic. The Japanese American woodworker is famous for his traditional wood joinery and bringing out the natural grain of the material, values he poetically expressed in his 1981 memoir The Soul Of A Tree. His works can also be seen in the Aurobindo Ashram at Puducherry and at Ahmedabad’s National Institute of Design. The first single-formed, injection-moulded plastic chair—what did we say about Danish design? Disclaimer: It was made at a time when plastic wasn’t a bad word. Another classic from the Danish capital, Copenhagen, this curved form set on a base that swivels, offers snug comfort and privacy. Along with his other designs—the Ant and Swan chair—Jacobsen designed some of the most commercially successful pieces, variations and imitations of which can be seen across hotel lobbies the world over. The German designer is at the forefront of technologically advanced, 3D-modelled design. Constructed “just like a football: a number of flat planes assembled at angles", Chair One instantly made it to design museums, like the MoMA in New York. This playful subversion of the original ornate 18th-century Louis XVI chair by the immensely successful French designer is a best-seller by (manufacturer) Kartell.

Expect the Brazilian architect, who designed the capital city of Brasília, to come up with this seductive organic form. The highlight is the base made of artfully looped lacquered wood.