For centuries, travellers from the West have written tomes about Indiabut no one's had the last word

This book will not attempt to explain something that cannot be dissected, as it is ever changing.

There are so many Indias. There’s a tangible, smellable, real India. There’s an imaginary, literary, dreamed India.

Writing about India is like writing about the mafia. It’s like owning a pharmacy. Everyone is bound to always get sick, there’ll always be a need for medicines. A never-ending, lucrative business.

Whether you want to find out about India’s Maximum City, its White Tigers, its Slum-dog Millionaires, its Cities of Joy, or whether India is calling or coming or becoming, whether you want to know about its makers, its prisons or its 50 incarnations or its nine lives, India is there to be told. To be explained and often mansplained.

Not here, not in these pages. Nope. Here you’ll have to read about simple, real, one-sided, totally biased and culturally slanted personal anecdotes and opinions from a recovering Orientalist.

But, think about it, hasn’t this really been the fate of all the people who’ve come for religion or to conquer or for love and have been captivated?...

I guess it all started with the historian Megasthenes, the first foreigner from the West who wrote about India. He left Greece around 300 BC and, after crossing Anatolia and Mesopotamia, finally reached Lahore and then Allahabad. The first whitey or gora, as they’re called in Hindi, to tell his side of the story about India and Indians.

Diodorus, Strabo, Pliny and Adrian all plagiarized from his Indica (not just a type of cannabis, but also the title of Megasthenes’ book). He mixed local legends with personal tales.

This is the first time, in known Western history, a whitey wrote back home about that ‘far-away land’ where I now live: ‘The inhabitants of India are distinguished in their proud bearing.’

Guess not much has changed in 2318 years.

But what about visitors from the East, like Faxian, the Chinese pilgrim scholar who wrote A Record of Buddhistic Kingdoms after travelling to India and Sri Lanka in 388 AD? He opened the way for many Chinese scholars who searched for the ultimate truth in the headquarters of spirituality—India.

The many Sanskrit texts he translated and brought back contributed to the strengthening of Buddhism in China. It wasn’t trouble-free; he got stranded for 200 days on a boat hitting rough waters.

Travelling to India has never really been simple, nor legal. In 629 AD a very young Xuanzang disobeyed Emperor Taizong of China who, citing threats to national security, had prohibited him from travelling here. I guess China has not really changed that much either. 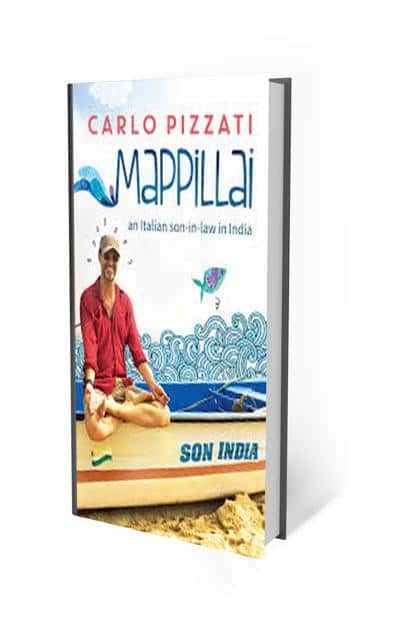 Xuanzang allegedly defeated 500 Hindu, Jain and heterodox Buddhist scholars during an 18-day-long debate. ‘Though ordinary Indians are naturally light minded,’ he wrote, ‘they are upright and honourable.’ He must have confused the smiles as ‘light minded’.

Descending from today’s Uzbekistan in 1019, Al-Biruni reached India and wrote about it after studying the Gita, Patanjali’s sutras, the Puranas and the Vedas. ‘I thought myself a great deal superior to them Hindus, disdaining to be put on a level with them.’

Then Marco Polo finally got here. The ultimate gora. He comes from my homeland, Venice and the Veneto. The Venetian traveller was only 17 when he reached Kublai Khan’s court and got stuck there.

On his way home in 1292, he landed in India with a merchant ship entering the kingdom of the Pandyas, near Thanjavur, a couple of hours drive from where I am now, writing this. On he went to Malabar to describe it for those European readers who soon would love his often discredited The Million.

I like to think of him as a pioneer of creative non-fiction. ‘So strict are these idolaters and so stubborn in their misbeliefs.’

I know Ibn Battuta is considered more reliable than Marco Polo. He reached here in 1333, as he writes in My Travels. He worked as a judge in the court of Muhammad bin Tughlaq in Delhi, before heading to the Mongol court in China.

Domingo Paes is another whitey from Portugal who reached Hampi via Calicut in 1498. He was a horse dealer who traded in his stallions for a pen and authored The Narrative of Domingo Paes.

Then you have the Brits. Latecomers, really. Thomas Roe, ambassador to the court of the Mughal emperor Jahangir between 1614–18. In his Journal of Sir Thomas Roe, he detailed the India of those years, as seen through his gora perspective, of course. And, by doing so, he paved the way to the East India Company expansion, conquests and massacres. Again, the pen is mightier than the sword.

In 1765, it was the turn of the Abbe Dubois, French educator and priest who left the French Revolution behind him to spend 30 years here on a mission to India to convert Hindus into Roman Catholics.

Abbe Dubois also finally gave up, convinced that converting Hindus ‘with their deep-rooted prejudice’ was simply impossible. But at least he persuaded many Indians to get vaccinated against smallpox.

He was hanging out in Pondicherry, before moving to Mysore. A bit of a sourpuss, but hey, he was French after all: ‘Intense selfishness is a common characteristic of a Brahmin,’ he wrote. I have some friends in Chennai with a form of Tamil Brahmin-allergy who would agree with that.

The Protestants had their go as well, down here. Reginald Heber was a hymn writer and the second Anglican bishop of Calcutta. He tried to spread Christianity, getting sick all the time. And my recurring gastroenteritis can sympathize with that, Bishop Heber.

Chennai’s St George’s Cathedral was erected in his honour, mostly for having been able to open a dialogue with Hinduism.

Whitey with a mission.

But no, this is not an India book. Because I don’t know India.

Excerpted from Mappillai: An Italian Son-In-Law In India with permission from Simon & Schuster India.