It’s not every day that a part of your doctorate research work results in a book. Pilar Maria Guerrieri’s Maps Of Delhi, published by Niyogi Books, was launched on Thursday in the presence of historian Narayani Gupta and author-historian William Dalrymple.

This book by Guerrieri, a student of architecture from the Politecnico di Milano, Italy, and currently an assistant professor at the GD Goenka University, in Gurugram, adjacent to Delhi, gives context, stories and detailed narratives of maps from the early 19th century up to the latest master plan for 2021.

Going over the book with Guerrieri feels a little like quick, short doses of time travel. For instance, it was while studying some of the maps that she learnt that Connaught Place, a prime commercial space now, was initially imagined by the British as a railway station. Pointing to a later map, she traces how the railway line was actually laid out—snaking around one side of the location, as a boundary between Shahjahanabad and New Delhi. “This was post the 1857 revolt, so they just kept the railways as a sort of boundary between the old town and New Delhi, and also as a way for the army to reach the city very quickly in case of any revolt," she says. 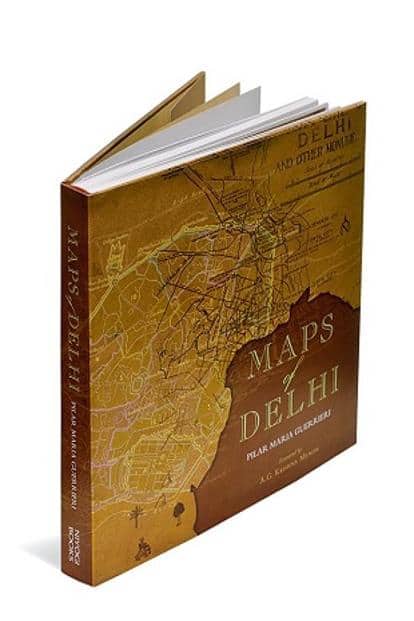 Historical and nostalgic value aside, hand-drawn maps “train your eyes differently", Guerrieri says. “That you have a human being behind the drawn map is the most interesting part. You see what the city was like before, and (in some cases) even find unrealized visions that the city’s architects had for it," she says, adding that the aesthetic value of such maps too is undeniable. “They are very effective ways of telling the story of a city."

Some maps carry curious little notes—memorably, one reads “where Nicholson fell". This, Guerrieri explains, alludes to how and where East India Company officer John Nicholson had succumbed to his wounds, soon after leading the “Storming of Delhi", the British siege of the city.

“I’m not a cartographer or a historian, and the book is open to various interpretations. Everybody can read their own stories within it," Guerrieri says. Who knows, maybe a few years down the line an enlarged copy of the book can be reprinted, she thinks out loud, with 50 more maps that will add to Delhi’s ongoing story.

The explorer will never stop reading.