As the country gears up for this big event in Jaipur, a ceramist ponders why it has taken so long for the art to receive its due

Clay is possibly the most enticing media. While it offers endless possibilities, acceptance of ceramic art has been slow, specifically in the context of Indian contemporary art. However, in the past decade, things have changed dramatically. Galleries have held significant exhibits of ceramic art, museums have included ceramic works in their collections, and publications have focused on the art form in their discourse. The first Indian Ceramics Triennale, scheduled to be launched on 31 August at Jawahar Kala Kendra (JKK), Jaipur, is a milestone in more ways than one.

“From a historical perspective, there has been a major turn in the field of ceramics worldwide. In a country like India, where ceramics has always been considered an artisanal craft, the triennale will increase visibility and allow it to be appreciated as an art form in its own right," says Pooja Sood, director general, JKK.

“Breaking Ground", the theme for the first edition of the triennale is very apt. It promises to showcase works of 35 Indian and 12 international artists, with a fresh perspective on the possibilities of the medium. “In the 21st century, ceramics have taken on a renewed urgency and relevance in international contemporary artistic practice. The triennale will highlight the finest practitioners of experimental ceramics working today, those who are expanding our conceptions of an ancient medium claiming its place in the future," says Peter Nagy, curatorial adviser for the triennale. 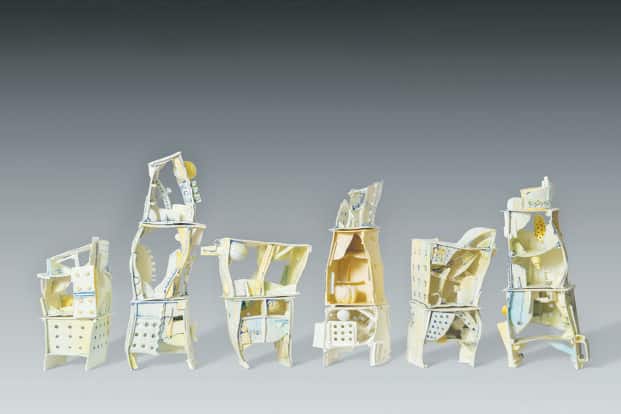 As a ceramist, I can say that there is no escaping getting your hands dirty and learning the science of the practice. This has probably led to a heads-down approach of the practitioners, spending hours on technical processes such as preparing clay, working on the wheel, firing, mixing glazes and so on. It is, therefore, natural for materiality to take over. Ceramists must be well aware of a wide spectrum of disciplines that are part of the making process and have knowledge of basic chemistry pertaining to preparation of clay and glazes, nuances of firing, and using the right consistency of clay. Conceptual depth and expression take a back-seat in the initial years of training. For, say, a painter, the how-to is a smaller spread in the learning curve as they do not need to delve into the making of paint or canvas weaving. It is noteworthy that there are few institutions imparting education on the discipline. And the two most significant ones are orientated towards vessel-making in the initial phase of training—Delhi Blue Pottery in Delhi and Golden Bridge Pottery in Puducherry. Limited know-how and access to equipment due to inadequate demand further accentuates the need for clay artists to focus on techniques. A 4,000-year-old tradition of clay adds to the burden of contextualizing the contemporaneousness of it.

Gallery Espace, a leading contemporary art gallery in Delhi, recently concluded a group show of ceramics. “There are so many workshops teaching clay work and publications writing about this art form, but people were still surprised to see the works at our show titled Earth Memory," says Renu Modi, founder and director of the gallery. The show was well-received, although sales were slow. “It is our job to educate people about the art form. The non-predictability makes it nothing but magical for the creator. As for fragility, even canvas and paper works require great care," she adds.

For Kanika Anand, exhibition coordinator of the first edition of the triennale, elevation of a practice based on its medium raised questions of relevance of the event in context of the larger fabric of exhibition-making. “When I was approached two years back to join the team, I questioned the need for medium specificity for the exhibit. But after discussions, I realized the importance of a platform in order to explore a deeper understanding of clay. Sociability and presentation are important to interpret a work," she explains. The triennale will therefore help to not only show clay as material but also move beyond the fabric with which the works are made. “The first edition is forward looking. It is not negating the tradition, rather, the endeavour is to look ahead at the possibilities," adds Anand. 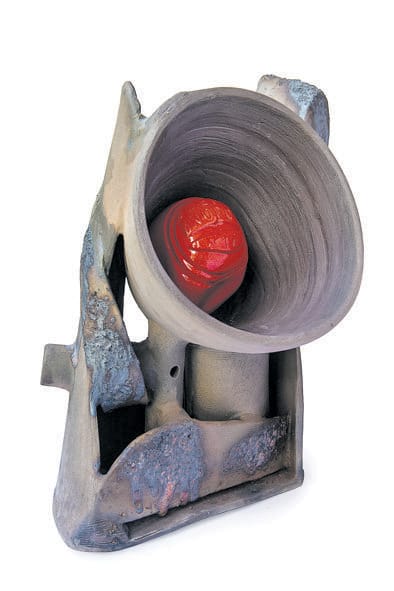 Jiten Thukral and Sumir Tagra work as a collective called Thukral and Tagra. A participant at the triennale, their practice is primarily focused on painting. “The process of making something from scratch excites us. Making works out of clay is cathartic and gratifying. We are attracted to its simplicity," they say. When asked if they will continue to work in clay in future, they say, “We have been interested in terracotta. But this is a long-term project, relaxed with no deadline. The work will be an outcome of slow inquiry". A humble pot requires craftsmanship and skills par excellence. It may be the most exquisite object of beauty or may be an antiquity with historical significance. But does it deserve to sit on a pedestal at a contemporary art gallery, if it does not have a conceptual expression? In my opinion, which is informed as a ceramic art practitioner, collector and writer, the perception that clay as a medium has not got its due is misconceived. It is true that there are only a handful of galleries that like to show this art form. But that is less because it is fragile, and more since only a few ceramic artists make works that fit into the realm of contemporary art. It may therefore be critical to introspect and move ahead from the how-to and techniques to what is being produced with the medium.

There is a lot that needs to be seen on what unfolds in the art world, but clay seems to be pushing its way forward, making elbow room in the repertoire of contemporary Indian art. Embracing traditional techniques, layered with contemporary expressions, and a futuristic vision, the triennial is going to be a must-see for art enthusiasts.

The Indian Ceramics Triennale is on from 31 August-18 November at Jawahar Kala Kendra, Jaipur. The author is a participant at the event.