Bonsai: the pots of small things

Bonsai keepers reveal what draws them to the ancient art of growing miniature trees in pots, and the role bonsais play in their daily lives

To hear bonsai keepers talk is to be plunged into a sea of metaphors. The miniature trees are “my children"; they shouldn’t be “pampered"; they can do with a “haircut"; this one needs a bit of “make-up"; one must “listen" to what they want; trying to save an ailing bonsai feels like “saving a human being".

This linguistic joyride into anthropomorphic territory doesn’t sound so strange if you consider the life of a serious bonsai keeper. It’s an existence of all-consuming passion which comes to dictate the timetables of their daily life; of unrelenting patience, as they wait on the perfect shape—often for years; and of never-ending watchfulness, to notice even the slightest ominous sign or an unwelcome speck lurking just out of sight that could spell doom for the growing tree. Eternal vigilance is the price of keeping bonsais.

For Renu Vaish, though, the price is small for all the joy they bring. The bonsai master has been practising the ancient art of growing miniature trees in pots for over 40 years and teaching it for more than half of those. “People used to say Renu drinks bonsai, eats bonsai, breathes bonsai," says Vaish at her central Delhi home, dotted with a dozen or so bonsais. Her main collection, in hundreds, is at her farm on the city’s outskirts.

Our plan to visit it that June morning was scuppered by the blistering summer sun, which threatened to jeopardize any prospect of decent photography. “Bonsais are just like us, they don’t like extremes," she says as we retreat to the sanctuary of her drawing room.

To combat the summer loo—a killer—they must be shaded and watered twice-thrice a day; in winters, they require the greenhouse protection. Still, the punishing climate is a small hurdle for the zealous bonsai keeper, who belongs to a breed uniquely straddling the fields of horticulture and art.

Often misunderstood, bonsais are not genetically dwarfed trees. They are kept small by horticultural techniques like pruning, clipping roots, pinching shoots or tying wires on the branches to give a desired shape. Their size can vary from 3-4 inches to 4-5ft and a good bonsai will transport the viewer to a natural landscape. The artistry—a combination of one’s horticultural knowledge and aesthetics—lies in making the bonsai resemble a natural scene as closely as possible. A weathered-looking trunk or exposed surface roots are considered beautiful. Even the pot is part of the whole aesthetic experience, just like a painting has an “appropriate frame".

Vaish was introduced to this “strange-looking" art during an early 1970s trip to Japan and initially couldn’t believe the trees were real. On returning home, she happened to see a newspaper ad for bonsai classes at the YWCA, where she eventually met her guru Leila Dhanda, an early proponent of the art in India. In 1981, Dhanda founded the Indian Bonsai Association, to help and connect enthusiasts, with Vaish as a founder member. 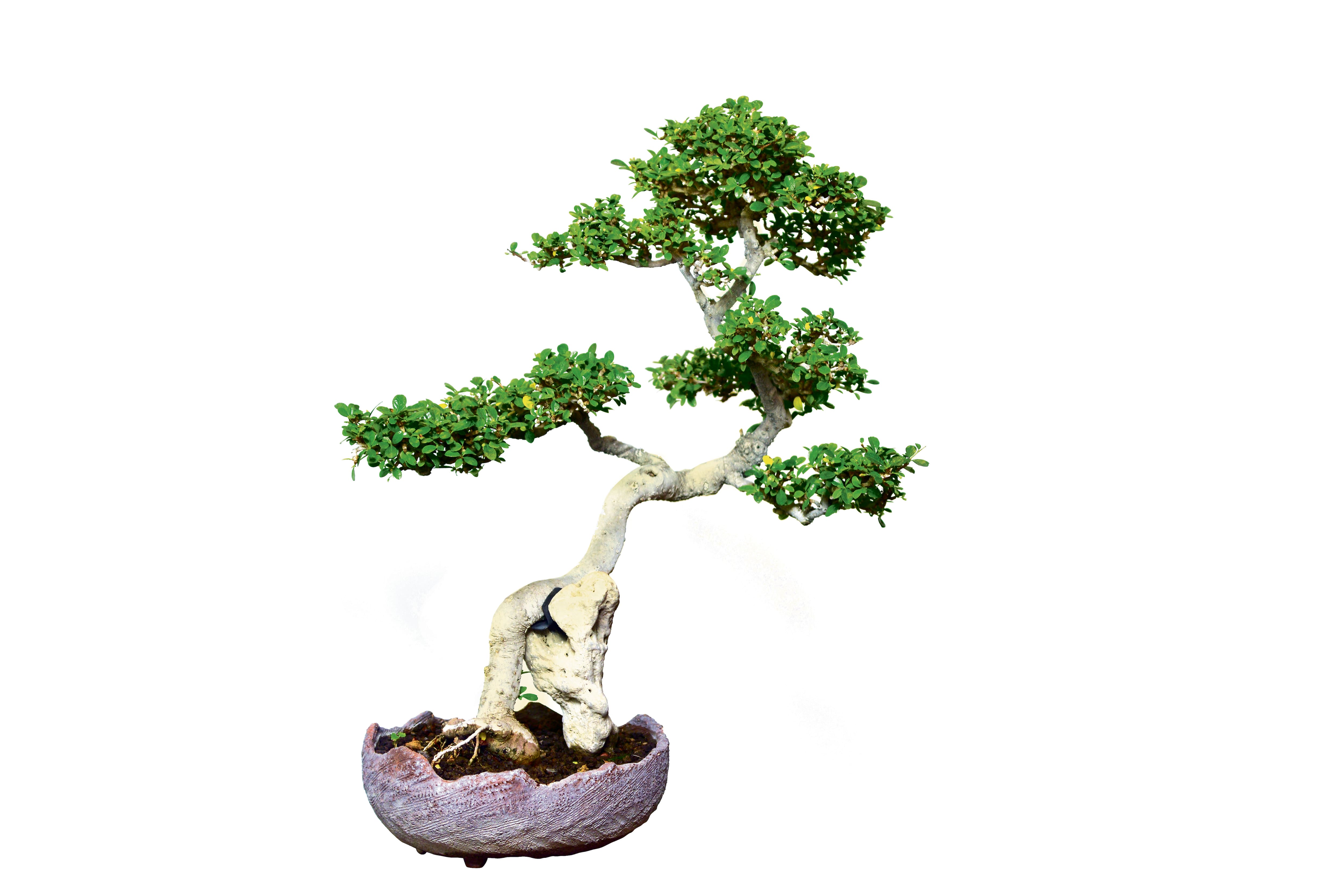 Vaish and her peers talk about bonsai in such a way that calling it a “hobby" somehow seems to diminish it. And as hackneyed as the phrase now sounds (masking no doubt a real sentiment), their enthusiasm appears to push the art into “way of life" territory. For bonsai does provide a good horticultural entry point to consider themes of life, death, disease, hope, fear, joy, time, the fleeting nature of beauty or the transitoriness of perfection. If that sounds New Agey, it belies the fact that potted trees served as objects of contemplation for Buddhist monks in ancient Japan and China (where bonsai originated as penjing, “tray scenery").

Kiran Jain and Neera Neelambera, both based in Delhi, with over three decades of experience, explain over the phone the place bonsai holds in their lives. Tending to a new plant, Jain thinks, is almost like giving birth to a child. “You develop a relationship with them and they begin to understand you."

For Neelambera, who spends 2-3 hours with her bonsais every day, the never-ending process punctures all complacency. There’s no “endpoint" in this art. That’s what I find so meditative, Neelambera says. “You go into a kind of trance when you look at them. You see it going through all the seasons—bare, budding, blooming, flowering, fruiting—right here on your table."

In Jain’s early years, there was a time when her children disliked her bonsais and felt she “loved" the plants more. “That’s because I used to be on the terrace all the time, talking to them," Jain says, laughing.

Talking to bonsais, it became clear, is nothing out of the ordinary in the bonsai world. Anecdotes are relayed in a solemn tone, which pre-emptively parries any charges of eccentricity. Vaish recounts once encouraging an old, ailing pine at her farm—“you’ve been with me for so long…I’ll take care of you"—and requesting it, in return, to stand its ground. It recovered, she says.

Of all the bonsai topics, death seems the most intriguing. It can evoke, especially if the bonsai was old and well-cared for, the kind of grief reserved for loss of human life or a pet. In theory, with proper care, bonsais can live forever and even outlive their counterparts in nature. In Japan, they are handed down generations as precious heirlooms and the oldest existing bonsais are estimated to be between 800-1,000 years old. Although they can be lost to pests or diseases, Vaish says the alarm bells start ringing when she’s losing a bonsai and doesn’t know why. “It’s the worst case because you don’t know what to do…it goes slowly and that really hits you."

One incident lodged in Vaish’s memory happened about 10 years ago. At a friend’s request, she lent six-seven of her bonsais to a government-organized cultural event, where the pavilion housing them caught fire. At around 10pm, Vaish got a call about the incident and was discouraged to go there, given the extent of the damage. She still went to see if any of the bonsais could be salvaged.

Vaish recalls picking up the charred bodies to look for any remaining shades of green. Not sure if they would recover, she brought them home. “The next day, my maali (gardener) came and we realized nothing would work... I broke down, and, watching me cry, even he broke down," she says, now chuckling at the memory. “You care for them for years, so they do end up becoming a part of your life."