Back to the future

Will 2018 change the gender dynamics of publishing?

What became of 2018 as the year of publishing women?" a recent headline in The Guardian asks. The question was a follow-up to the “provocation" put forth by Kamila Shamsie three years ago, when she urged UK publishers to dedicate 2018 to publishing only women, to coincide with the centenary celebrations of the suffragette movement in the UK.

The British-Pakistani writer aimed to address a range of gender biases in the literary world—from publishing jobs to prize lists. Practicalities aside, Shamsie pinned her argument on to a projected future: What would a radically changed publishing landscape in 2018 look like?

While only one publisher, the Sheffield-based indie press And Other Stories, has responded to her call, a conversation has certainly been sparked. Last month, to mark the landmark legislation of women’s right to the vote in the UK, Penguin Random House launched the Penguin Women Writers series—curated and introduced by Shamsie, along with writer Penelope Lively, and edited by Isabel Wall of Penguin’s Viking imprint, with captivating cover illustrations by artist and illustrator Martha Rich. The quartet of books in the series, says Wall in a blog post for the Women’s Prize for Fiction, is a “brilliantly diverse collection of forgotten classics, all of which are, in their own way, a fitting tribute to the radical and pioneering spirit behind the anniversary". 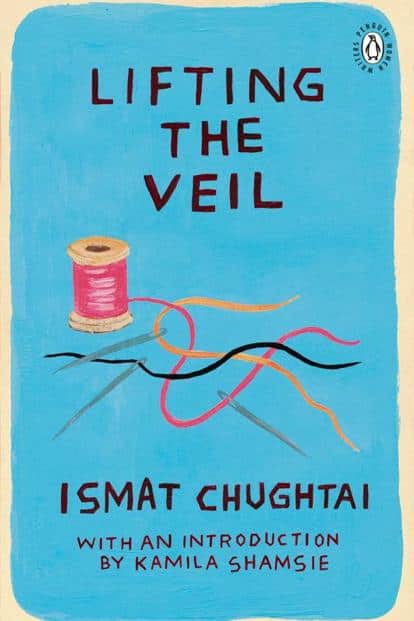 Lively and Shamsie were each invited to pick two “forgotten", out-of-print titles by women writers. Lively chose two less-known works by well-known writers—The Lark by E. Nesbit and Birds Of America by Mary McCarthy. Shamsie went with books familiar in the subcontinent, with little-to-no-publishing past in the UK: Meatless Days by Sara Suleri and Lifting The Veil by Ismat Chughtai. Both authors hold their selections dear to their hearts, but these four books, as they crisscross in this collection, are also catalysts for new canons and acts of consecration of literary value.

“In commissioning this series I hope that a new generation of readers will enjoy discovering these forgotten literary gems and, in so doing, they will be paying tribute in their own small way to the creative achievements of a group of inspirational female writers of the 20th century," adds Wall. The Penguin Women Writers series may glance over its shoulder for “gems" of the past, but it’s also forward-looking and fiercely female-centric.