Varana, a new design store in London's Dover Street Market, aims to put India on the luxury map of the world

At a pop-up at the Four Seasons hotel in Mumbai last month, former advertising professional Sujata Keshavan showcased three racks of clothes from her newly launched label, Varana, which opened in London’s Dover Street Market in May.

The first collection, inspired by the Taj Mahal, has hand block-printed floral and geometric motifs. The collection is based in Indian textile crafts, but rendered in silhouettes and colour palettes that are international. Soft cashmere sweaters, silk trousers, organza evening jackets, handwoven Jamdani kaftans, aari embroidery on cotton jersey, Japanese-style flared sleeves, wrap jackets—all in nude, beige and grey base colours with pops of vibrancy. A sculpted, soft jacket with minimal Bandhani on silk jacquard fabric is inspired by the flared Kediya jackets worn by men in Gujarat’s Kutch region, for instance. “We wanted to take something Indian, something that has been around for centuries, but deliver it in a modern, contemporary way," says Keshavan. Varana plans to enter the field of home decor in the coming seasons.

Keshavan, a graphic designer who founded and ran the advertising agency Ray+Keshavan Design (R+K) for almost two decades, is well placed to create a design label for the international market. “Ray+Keshavan totally dovetailed with liberalization. We started in 1989 and designed communication for Indian companies that were going to foreign shores and multinationals who were coming to India," she says. R+K was bought by the global advertising firm, WPP group, in 2006.

After ideating for several months over what a home-grown but global Indian brand should be like, Varana was set up in 2015 by three partners. Keshavan collaborated with Ravi Prasad, who had worked with the Himalaya Drug Co. and led its expansion as president and chief executive officer in Russia, the US, South America and West Asia. Prasad is also the founder of the luxury Ayurveda label Almora Botanica, retailed through Varana. The third partner is Meeta Malhotra, who used to head strategy at R+K and now takes care of the digital business at Varana.

Headquartered in Bengaluru, Varana’s window to the world is its retail store in Dover Street Market. Spread across four floors, it’s a 4,350 sq.ft space “where previously Alexander McQueen used to be", says Keshavan. The interiors have been designed by William Russell, partner at the iconic British firm Pentagram. Russell’s work spans retail, exhibitions and residential interiors, including stores for McQueen and Christian Louboutin. 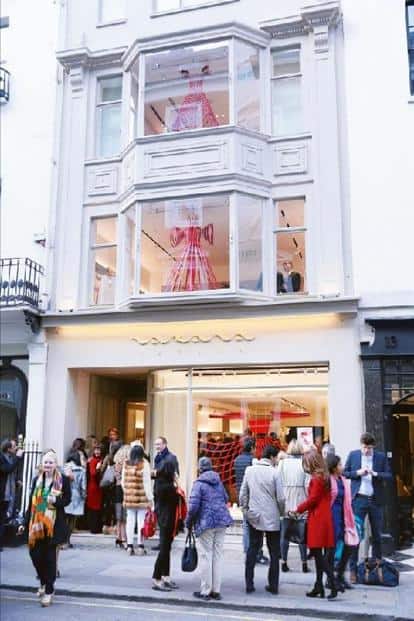 At a time when most boutique stores are curating from a host of other brands, Varana has taken a deep dive into design and production. It not only makes its own garments but weaves its own fabrics. It collaborates with a network of printers and mills across the country, and works with crafts clusters, including a Jamdani weaving cluster in Phulia, West Bengal.

“I acknowledge that there is huge wealth in terms of craft and design heritage that we have, yet my interest is not so much as a revivalist or revisionist, but to take it to a completely new international level by doing hybrid things," says Keshavan.

Having a diverse team drawn from many countries and backgrounds helps to create that multifaceted global design identity. Pooja Jagadeesh, Radhika Patil, Sayan Chanda and Zosangpuii Pachuau lead the textiles department. “They’re all ex-NID (National Institute of Design)...they have such a strong, sturdy textile department," says Keshavan. Italian fashion designer Francesco Chiapperini is from the world of couture. French pattern-cutter Aurelie Lalande brings a much-needed skill to the mix, “because it’s difficult to find those skill sets in India". Japanese designer Marina Hiramatsu takes care of knitwear and Stefano Arienti from Italy keeps a watch on quality standards.

My interest (in India’s craft heritage) is not so much as a revivalist or revisionist, but to take it to a completely new international level by doing hybrid things.- Sujata Keshavan

“The expectations of quality are very high abroad. People are particular about hand-feel, inner linings, seams, detailing. For instance, we use twill silk lining, not polyester. Quality and detailing is something one just cannot compromise on," says Prasad. “When we say artisanal in India, it doesn’t mean it has to be crude. Folksy has its own place. But when you say luxury handmade, it has to be so perfectly done that one can’t believe it’s handmade," adds Keshavan.

The name Varana comes from Varanasi, a city that has played eternal muse to creative endeavours—and also been reduced to the ultimate stereotype of India. Yet, in creating something that is rooted in India but not limited by it, Keshavan, Prasad and Malhotra are expanding the scope of Indian craft and design and giving it an identity. “Most couture and high-end luxury brands get their embroidery done in India. Yet India has no significant brand of its own in the global market. So when Sujata said let’s try and put India on the luxury map of the world, I said, let’s do it,"says Prasad.