In a 21st century update of her 2001 novel 'Ladies Coup', Anita Nair gives a twist to 'women's issues'

Anita Nair has been bitten by wasps several times. She describes the sting of a wasp as “excruciating". “It’s very different from a bee sting. The whole area goes numb and your body sort of freezes with the pain. And unlike a bee, a wasp stings again and again," says Nair.

We are talking wasps—insects belonging to the order hymenoptera, suborder apocrita—because the creature plays an important role in Nair’s new novel, Eating Wasps. This is not the wasp’s first entry into literature; it has excited writers’ imaginations for centuries (Aristophanes wrote the play The Wasps in 422 BC). To stir a hornet’s nest is to invite trouble (a hornet is a type of social wasp). Military terminology borrows heavily from wasp names.

In short, wasps are cruel and dangerous, and in Nair’s book, a wasp is seen as a formidable foe that is vanquished by her protagonist as a child—it flies into her mouth, and instead of letting it sting her, she crunches and chews it up. The act of courage comes to define her life and character—she becomes the girl who ate a wasp.

This character, Sreelakshmi, is the narrator of the novel, though the Hindi word sutradhar, holder of the strings, would be more appropriate because she doesn’t narrate so much as observe. Her story is just one among the stories of a dozen women who encounter her in a peculiar way in the novel—their only connection to one another being her. In a sense, the book is more like a series of loosely connected short stories than a novel with a beginning, middle and end—Sreelakshmi’s story is the only one that has an arc over the course of the book, with the other characters flitting in and out. This can be a strange device at times. You want to stay with some of the women longer, while a few feel force-fitted into the narrative.

Nair admits that the book is an update of her 2001 novel, Ladies Coupé. “If Ladies Coupé was about women seeking an identity, this book is about women preserving an identity. I asked myself, what has changed in these 17 years? Today’s challenges are different—technology has seeped into our lives and changed us, changed the way people look at themselves," she says. Technology and its impact on society form the basis of at least two of the women’s stories in the book, one of which is the most detailed narrative after Sreelakshmi’s. Though she’s no technophobe—“I am able to write about it with some love," she says—Nair is intrigued by the Instagram age and its curated perfection. 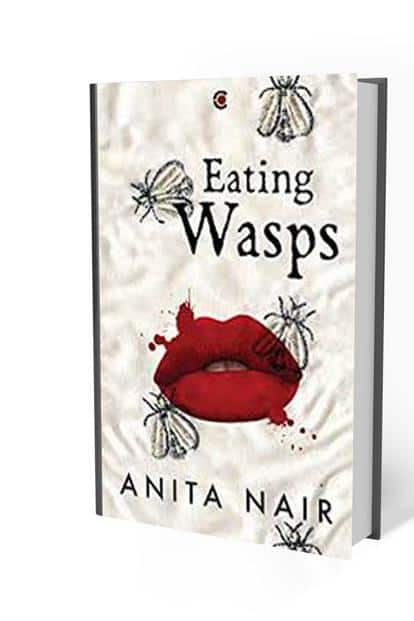 For the character of Sreelakshmi, though, Nair went back to the 1960s and the life of a Malayalam poet and writer, Rajalakshmi, winner of the Kerala Sahitya Akademi award in 1960 for her novel Oru Vazhiyum Kure Nizhalukalum. A celebrated writer, lecturer of physics and an independent trailblazer, Rajalakshmi seemingly had everything going for her—and yet she committed suicide in 1965 at the age of 35. Nair was fascinated by her story and with figuring out why a woman like her would decide to end it all. She explores this question through the character of Sreelakshmi—the girl who ate a wasp—building a narrative that allows the reader into Sreelakshmi’s mind and motivations.

The book can feel a bit old-fashioned at times—it ticks off, almost deliberately, all the tropes of a Literary Novel, with dense interior monologues, a pervasive darkness and melancholy, and somewhat obvious attention to the craft of writing. But some of the stories stay with you. More than those of the privileged women who find themselves in bad marriages, it’s the stories of women struggling to claw their ways out of their socially defined roles that are most affecting and memorable. Najma—a young Muslim woman on the threshold of entering the middle class, whose life is shattered by an act of toxic masculinity—is one such character. She didn’t eat a wasp, but her courage is there for all to see.