An angry mirror to life in the Gulf

We long for a home we can never regain. For several generations of literary-minded Malayali men, that imaginary republic has been derived from the robust Latin American dreams of Gabriel Garcia Márquez and Eduardo Galeano. Its concurrent nightmare is a second world—indeed, the Second World—of central European modernism where man, creator of his own destiny, cannot even coexist with it, let alone control it.

Well, you want Prague, you get Muscat. Temporary People, Deepak Unnikrishnan’s book of savage short fiction, is set largely in the world of middle-class migrant workers in the Gulf states. In its desert cities, the sandy line between objects and human beings is redrawn constantly. A man becomes a passport. A cockroach becomes a man. Construction workers falling off skyscrapers have their stuffing restored overnight by the touch of nurses who speak their own language, and gleaming steel-bodied elevators prey on children.

This is relatively new territory for English-language fiction, but is richly imagined among Malayalis. To many in Kerala, the Gulf has long been a treacherous mirage, one that can’t help but make liars and shape-shifters of its residents. Every “Gulfie" house has a story: the man who supplies his in-laws with a colour TV but makes his new wife sleep on the dormitory floor; the “supply manager" who’s really a waiter; those curiously innocent pre-teens brought up in a paradise of Mars bars, with no clue about what a fraction is. Then there are the uncles who seem like they will live forever, but come home in coffins, dead too young, leaving behind two-wheelers, cabinets full of Jashanmal plastic bags, and forbiddingly macho personal electronics. “Love set you going like a fat gold watch," Sylvia Plath wrote of a baby; Malayalis know just what she meant. 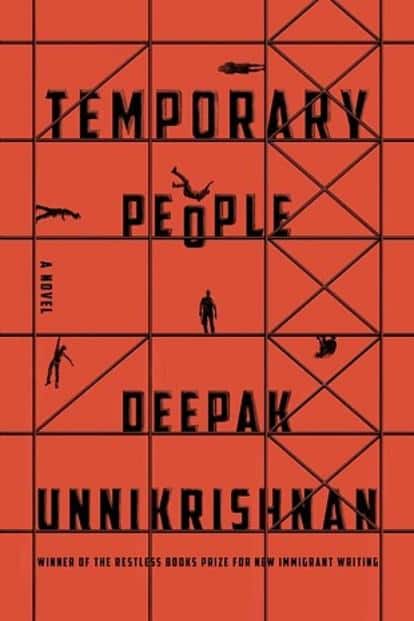 It’s not surprising to encounter the dark, angry mirror to this mythology in Temporary People. Its stories are made from the dehumanization and violence that make up life for men (and some women) in countries vastly different from their homeland. Its speculative elements offer all the pleasures of precise analogy. These can seem almost too on-the-nose, as when Unnikrishnan imagines scientists growing Malayalis in labs for cheap labour, and those labourers, acquiring self-knowledge, escaping in a bid to found “Malloo Landoo". Roaches try to imitate the language and culture of their superiors in the dark underside of a home, hoping that sympathy will stay the hand of the inevitable génocidaire, Baygon in hand. One “chabter"—Arabic conflates “p" with “b", and Unnikrishnan’s spelling follows suit—is a rhythmic list of common guest-worker occupations and preoccupations, ranging from “mehendi putter" to “fundamentalist", ending with “Cog. Cog? Cog."

But Temporary People’s surprises lie closer to the bone, in Unnikrishnan’s bold, sensual style and his penchant for building narrative tension, phrase by phrase, until a paragraph sounds like an unexpected clap near the eardrum. Boys who play cricket know that it “made your nationality glow in the dark", and neighbourhoods go from “a tiny city center to a mutating worm that refused to tire". The desert heat, ever so often, gets a vivid little poem of its own, the narrator recalling how it makes eyeballs boil, bodies cook within their shirts, and body hair smell like Blue Stilton. “Dragons from lore spat fire," a teacher tells his class. “Here, gentlemen, it is inhaled."

His sentences stalk each other like marksmen, deadly and often perfectly paced. Perhaps the deepest pleasures of this collection come from letting the author lead us through the fierce absurdities of these stories to their inescapable conclusions. An elevator can’t sexually abuse children, as the juvenile testimony of Mustibushi claims—but what other conclusion can be made when the abuser cannot be named? (As an aside, Mustibushi must be the most unforgettable story of child abuse told since Arundhati Roy introduced us to the Orangedrink Lemondrink Man). Can a man become a glass jar, waiting at the airport to go see an ailing parent? The narrator of Baith reveals how and why. Unnikrishnan’s metaphorical choices are often cruelly hilarious and sometimes very moving.

The sardonic despair of these stories meets its match in stories set in or circling around Kerala, where their melancholy is turned loose. Here, words like absence and loss become permissible. Grandmothers, even ones who can unscrew their own heads, can recount epic histories of the things that made us (the story of Sarama, perhaps the most incongruous in this collection, first appeared in the 2012 anthology Breaking The Bow). Children find it possible to grieve for lost fathers.

The sentimentality of these final stories underscores the contrast between the unexpected delights of Unnikrishnan’s formal experiments, and the familiarity of their emotional make-up. Even at their most predictable, however, Unnikrishnan breaks new ground for Indian English fiction—and his dank, neurotic, ironic temporary people form a very satisfying counterweight to our literature’s more familiar expatriate yearnings from cold countries. Survival is no triumph, as the sainted Franz Kafka of Bohemia, venerated in Kerala, prophesied to the guest workers of Abu Dhabi and Riyadh and Manama. Unnikrishnan’s characters know this. Still, when life turns you into a giant bug, what else can you do but write a punchline about it?