Amazon Prime starts its Indian innings with an aggressively mediocre show, Inside Edge

'Inside Edge', Amazon's first Indian show, is an amateurish and disappointing effort

Around the world, Amazon has offered film and television creators a wondrous canvas, producing high-quality original content that is, largely, more niche and more esoteric than its competitors. Transparent, The Man In The High Castle, I Love Dick, Long Strange Trip, Red Oaks, Mozart In The Jungle… delightfully unusual programming that would struggle to find a home on conventional television. In the US, Amazon has given filmmakers like Woody Allen complete creative control, and—when Prime Video launched in India last year—directors like Vishal Bhardwaj and Vidhu Vinod Chopra were given similar carte blanche deals.

Now, after much content acquisition, Amazon Prime is beginning to resemble another middling channel. They signed over a dozen Indian stand-up comedians to make specials, but barely any have made an impact, and my experiences with the content—without naming the young joke-makers—is that, barring a couple of exceptions, they are too green and don’t have material strong or substantial enough to justify an hour-length special. It was an odd gambit given how nascent the stand-up scene is in India, and one wonders if Amazon was merely filling up a slate without spending too much.

That ends now. Monday saw the debut of Amazon’s first Indian production, Inside Edge, produced by Excel Entertainment, a Bollywood banner run by Farhan Akhtar and Ritesh Sidhwani. This is a salacious, tabloidy drama about the murky behind-the-scenes secrets of a cricket league modelled on the Indian Premier League, made with a solid budget. Cricket—and the corruption within—is a suitable subject to begin an Indian innings, but Inside Edge is a disappointingly feeble show, a watchable but consistently mediocre offering. It might not look out of place amid the soaps on Star Plus or Zee TV, but sticks out like a remarkably ungroomed thumb in the world of Amazon, where options appear limitless, and where original programming is gold.

A batsman—having just snorted cocaine off a cheerleader—walks toward the pitch and refuses the offer of a helmet with the retort “I don’t use protection." A coach gives a fast bowler revolutionary insight by telling him to concentrate on line and length. “If we play normal cricket, I don’t see why we shouldn’t win," says the captain during his pep-talk. A team owner forcibly feeds his co-owner a steak of Wagyu beef (which, Amazon’s on-screen display assures us, was actually fashioned from potato). “There is nothing we can do," a man laments in Hindi, in reply to which a woman, in English, wonders, “Is there nothing you can do?" 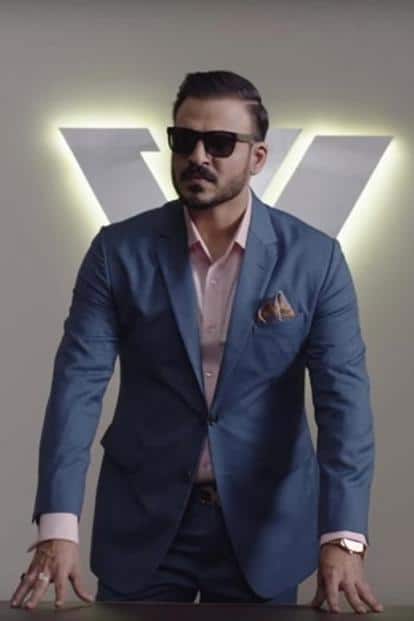 Vivek Oberoi plays the villain in ‘Inside Edge’.

Created by Karan Anshuman, the show plays out as if made by schoolchildren. This sinking feeling of being made to sit through a school play is most acute when the villain Vivek Oberoi mouths megalomaniacal lines to Richa Chaddha, who appears to have checked her acting talent at the door. It’s all stereotype: we have the enfant terrible star-batsman, the Bollywood heroine trying to keep her stardom afloat by piggybacking on cricket, the captain’s drunken wife, the pompous and kinky villain, and, of course, match-fixing—which we see being planned in dramatically lit rooms by men crossing names off a list.

Everything is obvious, everyone is a type. This is, basically, a Madhur Bhandarkar production with a budget.

That isn’t to say the show isn’t engaging. There is a meaty plot and a lot happening in each episode, and it is compelling in the way I’m sure primetime naagin shows are: with a lot of masala and a lot of background score to point out said masala. A friend said it seems to get better with each episode, and I can understand a viewer feeling like that because, with each successive episode, we are increasingly aware of how trashy this show is. The only difference between Inside Edge and some tawdry television soap is a couple of racy scenes and many a swear word, something that unfailingly excites our censor-clobbered creators.

There is some good stuff. Amit Sial and Manu Rishi perform well, while Tanuj Virwani is mostly endearing as a clueless superhero batsman who likes to score. There is an occasional burst of cleverness—a scene with cricketers struggling to dance for a mobile phone commercial, for instance, or a cricketer holding agarbatti for his team’s chances, or a spinner lamenting how he’ll never get big endorsements and have to settle for doing rural real-estate ads—but these are immensely few and far between, mired between characters speaking exclusively in conspiratorial dialogue. Three good minutes in a 45-minute episode isn’t the best batting average.

Inside Edge isn’t offensively bad—as a lot of Indian television is—and by that benchmark you could certainly watch it, but why must we measure ourselves by our own sloppy standards? The sky’s the limit. Watching this show on Amazon is like watching an under-14 team bat against a fearsome test side: a one-sided massacre and, more importantly, a dull one. Life’s too short (and our watch-lists too long) for a mediocre show. “Don’t waste time," as a character we only see once on the show tells a cricketer about to sign his contract. “Especially mine."

Stream of Stories is a column on what to watch online. It appears weekly on Livemint.com and fortnightly in print. The writer tweets at @rajasen