Adi Shankar is crowdsourcing a solution to ‘The Simpsons’ Apu problem

Last month, The Simpsons became the longest-running scripted TV series in American history with the release of its record-breaking 636th episode. Sadly, this admirable achievement has been overshadowed by the ongoing controversy that has come to be known as the “Apu problem". For almost three decades, Apu Nahasapeemapetilon—the Indian immigrant convenience store owner with a PhD, eight children, and the (in)famous catchphrase “thank you, come again"—has been one of the most prominent South Asian characters on American television. But in recent years the character has come under intense criticism for being a racist caricature, most notably in comedian Hari Kondabolu’s 2017 documentary The Problem With Apu.

Now, Indian-American producer and actor Adi Shankar has joined the fray. In a video tweeted by Kanye West, the Castlevania showrunner announced that he’s running a screenwriting contest for people to rewrite Apu’s character. “The Simpsons is sick and this contest is crowdsourcing the cure," reads the contest website, asking contributors to send in scripts for a Simpsons episode that addresses the character in a more constructive way. Shankar will offer the winning script to The Simpsons writing room, and produce it himself as an unofficial fan film if rejected. We spoke with Shankar via email about South Asian stereotypes and the need for diversity in TV writer rooms. Edited excerpts:

Hari Kondabolu says in his documentary that Apu sounds like “an impression of a white guy making fun of my dad". How do you feel about Apu?

Apu isn’t a stereotype, he’s a false archetype created by The Simpsons and carved into the global consciousness through blunt force over 30 years. The actual stereotype of Indians in the West is that we are doctors, engineers, leaders in the tech sector. Our high achievers aren’t outliers, they are the norm. Apu’s a fabricated construct that, whether by design or not, takes the most qualified minority group in the country and degrades them for a few cheap laughs in the name of satire. Only it’s not satire. Satire excoriates us as the jokes drive into a core truth. The jokes surrounding Apu lack core truth, and comedy without truth is mean- spirited mockery.

What sort of impact has Apu had on how white America views South Asians? 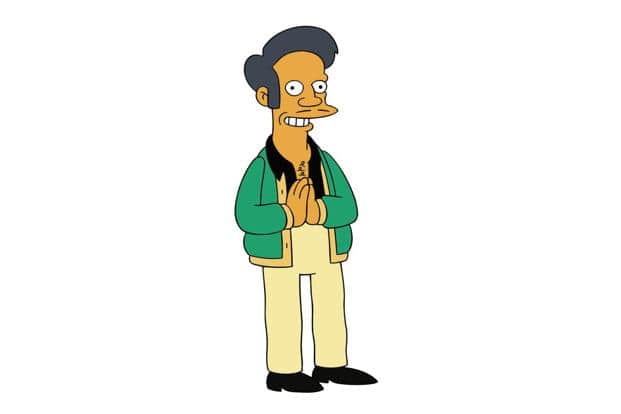 ‘The Simpsons’ has no South Asians on its writing team. How important is it to have more diversity when it comes to writers and TV showrunners?

Apu is what happens when a predominantly Harvard-educated bubble lacks other perspectives to shatter the rose-coloured glasses of their group think, mocking what they think a billion people on this earth sound and act like. Yes, the Harvard Lampoon (the feeder programme for The Simpsons) is wonderful, but The Simpsons is a global show that exists in a hyper-connected global ecosystem and not the country club. In a world of semi-perfect information, if you’re going to satirize any group, that satire becomes authentic when it’s coming from people who authentically understand those groups. Great satire is great because it delivers a kernel of truth wrapped in hilarious insight; and that starts with hiring people who have actually lived that truth. Hire people to satirize their truth, that way they are in on the joke and not merely the butt of it.

What was your reaction to ‘No Good Read Goes Unpunished’, the episode addressing the controversy around Apu?

I thought they needed some help and I was happy to help them with the screenwriting contest. My solution takes the burden of a response away from them and allows them to get to be the good guys and address the problem without having to “focus group the problem" and risk making the situation worse.