A waltz for a night

Late in September, at Manish Malhotra’s Mumbai residence, we wait for Shloka Birla to emerge from the fitting room. A much sought-after designer, Malhotra has catered to the likes of actor Sonam Kapoor and supermodel Naomi Campbell, but Shloka is possibly among his youngest clientele. The 18-year-old daughter of industrialist Yash Birla is one of the 20 young women to be invited to Le Bal des Débutantes, an annual gala held in Paris that has affluent Indians vying for a waltz in it.

To be held on 24 November this year, Le Bal is the modern format of a formal debut in high society for girls from influential families after they turn 16. The practice may be alien to India, but is a long-standing tradition among aristocrats and landed gentry across Europe and Russia.

Le Bal, in its present avatar, is the brainchild of PR impresaria Ophélie Renouard, who started a haute couture fashion show in 1992 for a French hotel group. In it, society girls acted as models, with the proceeds going to charity, and by 1994 it was expanded to a ball. “It was called a debutante ball by the press, probably because of the status of the families of the debs, but this concept was not my original idea," says Renouard. Every year, Renouard personally invites the debs, between the ages 16-22, from a potential list of candidates from about 12 countries. “We study each case before we contact them. In general, it’s two Indian debs maximum per year, but this year we have three," she says. Along with Shloka, the Indian girls invited this year are Ananya Raje Scindia of the erstwhile royal family of Gwalior, and Aria Mehta, daughter of Dipu Mehta, managing director of diamond manufacturing company Rosy Blue, and jewellery designer Payal Mehta, whose brand is also Le Bal’s official jewellery partner. While Raje Scindia ’s designer for the ball is the Indo-French label Lecoanet-Hemant, Aria’s choice is Georges Hobeika, whose designs are often seen on Alia Bhatt. When the petite Shloka walks in, she’s clad in a fitted golden dress with a décolletage framed by two flying horses. For Shloka, Manish has kept to his sartorial signature—a lot of craft with threadwork, sequins, organza and tulle. “I have to make something for the calibre of Le Bal, so it is couture and textured, but it also has to be young and chic," he says.

Shloka, raised in Mumbai, sees Le Bal as a coming-of-age ritual, a platform that will put her in the spotlight. Empowering and fun, is how she sums it up. Trying out Malhotra’s creations, Shloka says, “I need structure but I also need to break away from it. I need a strong contender, both sexy and young."

There are those who may find Le Bal outdated, an anachronism in the time of feminism, an obsolete launchpad for teenagers with a huge following on social media. But, as the invitations extended to Indian families has risen over the years, haute couture labels are getting an intimate and exclusive platform to showcase their designs. The dress is a high point for the girls—Payal Mehta who attended her first Le Bal in 2014, when her older daughter Ashna was invited, recounts her dress, a pink one-shouldered gown by J. Mendel. Lecoanet-Hemant, who have dressed over a dozen girls for the ball since 1992, had earlier created a gilded lime-green gown for Shaiyra Devi of Kapurthala to wear to the ball in 2011, and it was through the Kapurthala family that Sagar was introduced to Scindia. “We have dressed a number of girls from aristocratic families," says Hemant Sagar, one half of Lecoanet-Hemant. “I met (Raje Scindia’s) parents and...formally asked them if I could make the dress for her." The dress, created after six rounds of fittings over eight months, is a pale ivory and green concoction of chiffon and tulle with an underlining of Chantilly lace and embellishments inspired by magnified butterfly wings. A celebration of couture

Historically, girls wore virginal white gowns to debutante balls, with tiaras and a bouquet. This is no longer the case with the few debutante balls that are conducted the world over. Le Bal takes the haute couture aspect of its annual gathering seriously—its roster of designers includes heritage French and Italian houses like Chanel, Dior and Valentino, as well as new names like Lebanese designer Elie Saab or Chinese couturier Guo Pei. Planning for the outfits begin a year in advance.

“Le Bal is a very formal affair but it’s all become a little 21st century," says Sagar, who also dressed Laxmi Dalamal, the first Indian deb to be invited to the ball in 2001. “It’s somewhere between a fashion show, a ball and a privileged gathering."

Indian debs have, for the most part, sought international couture houses—Isha Ambani attended the ball in 2012 in an embroidered Christian Dior; Jayati Modi, daughter of MD of Modi Enterprises, Samir Modi, wore a fuchsia and orange Vivienne Westwood in 2016 to the ball; and in 2017, Ananya Pandey, daughter of actor Chunky Pandey, donned a sculpted electric-blue Jean Paul Gaultier gown. Ananya Raje Scindia at a toile fitting with Hemant Sagar of Lecoanet-Hemant.

Indians couturiers are yet to make a global impact and their participation at the ball has been sporadic, limited to the rare occasions when an Indian family commissions them to create an outfit.

Lecoanet-Hemant’s presence on the French fashion scene introduced them to the ball early on, but their clientele has mostly been girls from European and American families. While Adishree Singh of the erstwhile royal family of Jammu and Kashmir, the second Indian girl to attend Le Bal in 2009, wore a Ritu Beri, Tarun Tahiliani created a gown for Gauravi Kumari of the erstwhile royal family of Jaipur, who was invited to the ball in 2017.

The other big break for an Indian designer came in 2015 when Le Bal designated Payal Mehta as the official jewellery partner for the event. All the debutantes this year will be wearing pieces from Mehta’s label, Payal New York. Mehta is the first independent designer commissioned to create custom-made jewellery for the debutantes. 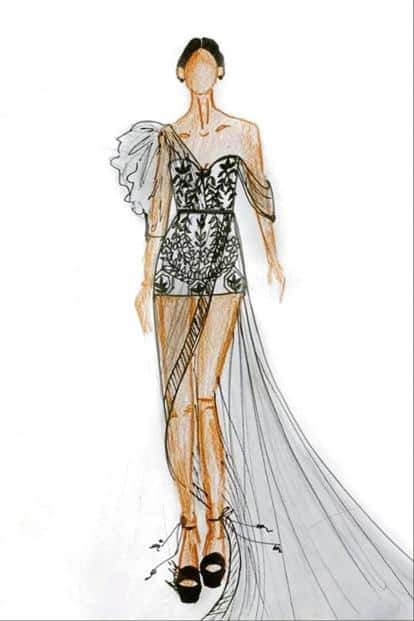 For Ava Phillippe, daughter of actor Reese Witherspoon, who attended the ball in 2017, Mehta created a ring with a bird and floral motif. The bird drew from the name Ava (bird in Latin) while the pink sapphire and rose gold additions were Phillippe’s preference. Mehta’s designs range from sleek danglers to elaborate necklaces, and her new designs this year include jewellery for the back and a lot of enamelling. “Youthfulness is a key ingredient, but I always offer classic pieces since this is a formal event," she says.

The debutantes share this excitement in equal measure. Both Raje Scindia and Shloka say they are looking forward to Paris and the ballroom dance classes they will be part of. Preparation for Le Bal means training in etiquette, too, and also finding out who their cavaliers will be. For now, as Raje Scindia tells us, “The only training I’m really going through is getting used to wearing my heels."