A country for male shuttlers

India has five male badminton players in the world top 30, so why is it women who steal the thunder?

Even though the country revelled in the sight of two Indian boys in the final of a global badminton event—the Singapore Open Super Series—for the very first time, India still isn’t in the A league of badminton-playing nations. At least not yet.

That achievement, believes national badminton coach Pullela Gopi Chand, will have to wait till India figures in the medal stages in every major competition.

“It wasn’t an interesting final. I watched just the first game actually," says Gopi Chand, quite candidly. “It lacked adrenalin, I thought."

That’s Gopi Chand for you. The former All England champion is the last person to go gaga at the sight of two players with the Indian flag draped around their shoulders, standing at the podium.

Having said that, men’s badminton in India is going through a better phase, if one takes into account performances in recent years. Things are finally moving in the right direction, and at the right pace.

The two finalists at the Singapore Open Super Series final earlier this month, B. Sai Praneeth and Kidambi Srikanth, are both products of the Pullela Gopichand Badminton Academy in Hyderabad. “It wasn’t emotional or anything for me," says Gopi Chand. “I have seen them play in front of my eyes day in and day out, year after year."

Many of his players are as grounded. As Praneeth beat his compatriot Srikanth in three games for his maiden Super Series title, the 24-year-old admitted in an interview on NDTV that he wasn’t as talented as people made him out to be. “You know people keep saying that this title should have come a long time ago.... But...I’m not that talented."

“People" said what they did after seeing what he was capable of. After all, Praneeth has beaten Indonesia’s Taufik Hidayat, China’s Lin Dan and Malaysia’s Lee Chong Wei—all legends of the game—in the past. He is also now one of only four Indians, after Saina Nehwal, P.V. Sindhu and Kidambi Srikanth, to have won a Super Series title, an elite series of badminton tournaments sanctioned by the Badminton World Federation (BWF).

Super Series titles are hard to come by. Sure, Nehwal made a habit of winning them, starting with her Indonesia Open title in 2009. But it took five years for another Indian to win even one of them—Srikanth, when he won the China Open in 2014.

“You have to play six very good rounds to win a Super Series title," says singles specialist H.S. Prannoy. “In the men’s game, the range of players is wider, and the competition is higher. So you could be tested as early as the first round. That’s what my own experience has been like. The earlier rounds are tougher, and those wins actually help you get more confident by the time you reach the quarters."

India currently has five male players in the world top 30—Ajay Jayaram (13), Prannoy (29), Sameer Verma (27), Srikanth (21), Praneeth (22)—according to the BWF’s 27 April rankings. The rankings are updated every Thursday.

It’s never been this good. And all of them have had big wins in the recent past. Only China has more players than India in the top 30—six.

Now compare that with women’s badminton. After Sindhu at No.3 and Nehwal at No.8, the next best Indian player is Rituparna Das at No.46. “The field (in men’s badminton) is much more open now," says Jayaram, who recently beat world No.3 Viktor Axelsen in the second round of the Malaysia Open Super Series (4-9 April). “If you leave out Lee Chong Wei, Lin Dan and Chen Long, then pretty much anyone can beat anyone in the top 20."

Prannoy looks at it differently. “I don’t think we’re late in making these big breaks, just that the acknowledgement has started coming late," he says. “We have been overshadowed by Saina and Sindhu for too long, and I don’t mean that in a negative way. They have done well at tournaments like the World Championships and the Olympics, which is why they have been successful at developing a serious fan following. People follow their schedules. But after the two of them, the quality of our women players is really average," says 24-year-old Prannoy, whose career-high ranking was No.12 in June 2015. “I have had my school friends asking me that if you’re not winning the Super Series titles, then what the hell are you doing?" he says. “I can’t blame them. The public understands only in terms of wins and losses. I can’t expect them to understand why making it to the semis or finals of a Super Series is also a big deal."

Jayaram didn’t face any such comments and, in fact, sees the success of the women as a springboard for the men. “It’s definitely helped us push the barrier further," he says. “Because an Indian girl becoming the world No.1, or standing at the Olympic podium, is plain inspiring. And I see that working for me. Years ago, I just wanted to do well at big tournaments. Now I feel the need to win, and win big."

“I think in the past we have lost a lot of matches by showing respect to our opponents, be it the Chinese, Malaysians, Indonesians or the Japanese," says Gopi Chand. “But that has changed now, our boys are not in awe (of the Chinese) any more."

Jayaram also points out that the environment for the growth of badminton in general has improved in recent years. “For instance, the number of tournaments you get to play as a junior has increased phenomenally," he says. “And they (younger players) see what we’re doing at the Super Series level, and want to push themselves."

This means that even among the current bunch of senior players, there’s plenty of competition. Parupalli Kashyap, once India’s highest-ranked men’s singles player, is now outside the top 100 of the world rankings. The latest Commonwealth Games champion (Glasgow 2014) and an Olympic quarter-finalist (London 2012), Kashyap is perhaps the most recognizable among the current crop. But a string of injuries and a knee surgery have halted his career time and again. “At the rate I was going with my injuries, Gopi sir was ready to give up on me. He didn’t know what to do!" laughs Kashyap. “After each injury I thought I was ready to make a comeback, only to realize that I actually wasn’t." The 30-year-old made yet another comeback in the China Masters (18-23 April), but made a third-round exit. “It’s great to see this new bunch of players do well," he says. “But once I am back playing proper tournaments, I might not enjoy it so much!"

Meanwhile, for India’s latest Super Series champion, there’s no time to sit back and bask in the glory. A mere 24 hours after returning to India, Praneeth is back training under the watchful eyes of guru Gopi Chand. “I have always believed in our talent as a country," Gopi Chand says. “Super Series titles are big, yes. But I wouldn’t say that they are that big. The day we reach the stage where we’re in the medal stages of the All England, the World Championships and the Olympics—that’s the day I can say we’re a badminton nation. Right now, not at all."

In the top league

Indian men who feature in the world top 30 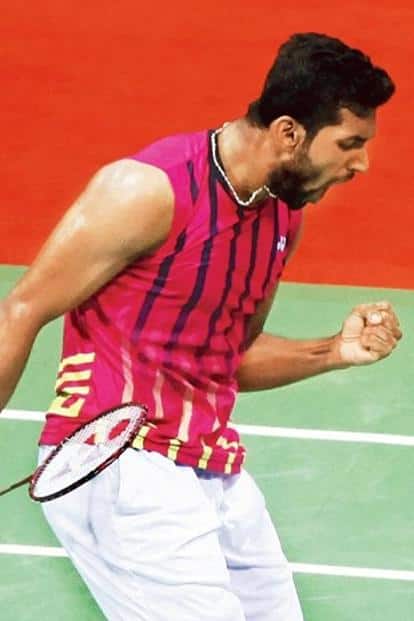 Suprita Das is a senior sports correspondent with NDTV