A caste that must not be seen

'Ants Among Elephants', New York train conductor Sujatha Gidla's searing memoir of life as a Dalit, which is creating a buzz internationally, is really the story of India through the eyes of the 'untouchables'

To escape caste-based discrimination, some Dalits abandon their surnames, some their religion, while others just hide their stories. At 26, when Sujatha Gidla left the country to live in the US, she realized she didn’t have to perpetually think of caste as her only identity any longer. Almost three decades later, the 54-year-old from Andhra Pradesh, a former app designer at the Bank of New York who was laid off during the recession and now works as a conductor with New York City Subway, has come out with a memoir, Ants Among Elephants: An Untouchable Family And The Making Of Modern India. Published last month to critical acclaim in the US, the book dissects caste like few have done before. The Indian edition will be released later this year.

Gidla’s is the story of India through the eyes of the “untouchables". India has now completed 70 years of its independence, but a free country doesn’t necessarily mean freedom for all. In the prelude to the book, a scene set seven decades ago describes how a sense of alienation permeated the mind of a teenage boy, Satyam—Gidla’s uncle—even as the country celebrated its newfound freedom. Gidla writes: “Now that the common enemy was defeated, the differences between him and the other students came to the fore. He noticed he was not included in any of the performances." He was a Dalit; they, the upper castes.

At a time when caste is still predominant in India, Gidla’s book is significant, perhaps allowing even those who do not understand what the burden of caste feels like to grasp it. 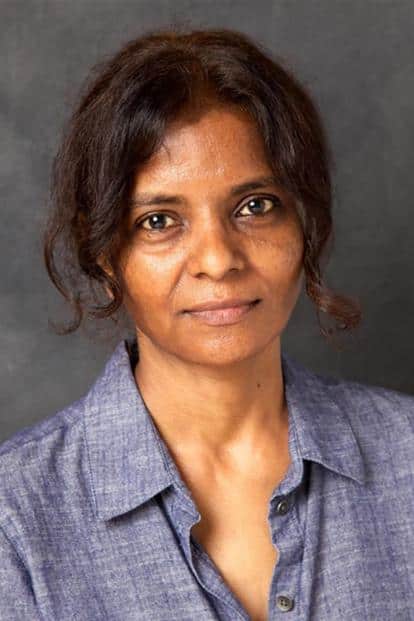 Written in short, direct sentences, Gidla tells the story of caste through personal stories matter-of-factly. There is no emotional embellishment, no attempt to seek sympathy from readers. She resists the impulse to use “I’, and it is evident that a lot of research and rigorous interviews have gone into the making of the book—with her parents, especially her mother, grandparents and her late uncle Satyam, or K.G. Satyamurthy, a Maoist who believed that only revolution would end caste discrimination. Satyam, a recurring character in the book, was a bright teenager inspired by Telugu poetry, but soon so disillusioned by India’s independence that he joined the armed insurgency.

For Gidla, it was only when she left the country that the things that her family went through became stories that could be told. Before that, “they were just life".

Still, as a young girl, she did want to understand why she was considered untouchable. Initially, she assumed it was because she was a Christian, from a minority religion. That changed when she saw a movie in which a Christian family was shown as better off than Brahmins. “No one informs you about being untouchable. It is not the kind of thing your mother would need to tell you," she writes.

Growing up in the slum of Elwin Peta in Kakinada in Andhra Pradesh, Gidla saw abject poverty around her. At 14, inspired by her uncle, she joined the Radical Student Union, a student body of the People’s War Group. While she was pursuing her master’s in engineering from the Indian Institute of Technology, Madras, one of her professors, who was from a higher caste, would always give good marks to high-caste students and fail those from the lower castes. The students called a strike. Gidla writes about the way she was imprisoned for three months after it, starved and tortured, with pins being forced under her nails, and her family ostracized thereafter. 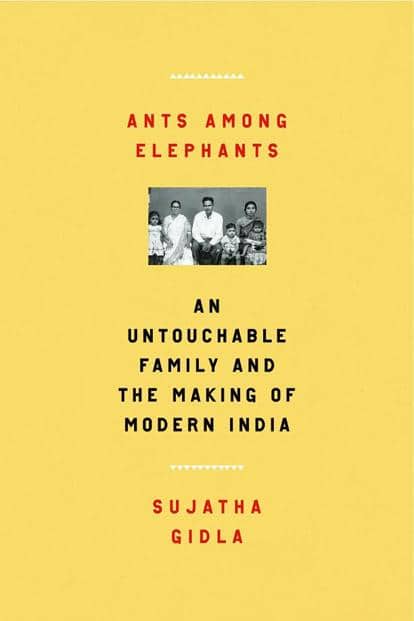 Ants Among Elephants: An Untouchable Family and the Making of Modern India: By Sujatha Gidla,Farrar, Straus and Giroux, 320 pages, Rs635 (Kindle)

Wherever she went to live and study, whether it was Delhi, Mumbai or Chennai, metropolitan cities where people think caste discrimination would not be as stark, Gidla was constantly reminded, “your life is your caste, your caste is your life". Even if a Dalit did attempt to keep his or her caste under wraps, she writes, there are always ways to find out. Seemingly insignificant questions—“Did your brother ride a horse on his wedding? What colour sari did his wife wear? Red or white?"—are not always innocent. Caste is so deeply entrenched that people can tell which caste you belong to based on the way you dress, your surname, what you eat, what gods you worship, and whether you wear jewellery or not.

Unlike other significant books written by Dalit women, such as Bama’s Sangati: Events or P. Sivakami’s fictional works The Grip Of Change and The Taming Of Women, Gidla doesn’t deal directly with the intersection of patriarchy and caste. But like Sangati, which tells the story of a Dalit community in Tamil Nadu through the stories of individual struggles of women, Gidla’s book, too, is both a personal testimony and a commentary on Dalit lives as a whole.

She looks at it from multiple angles, often breaking it down to the basics. Sartorial caste discrimination, for instance. While Gidla doesn’t deal with this extensively, so distinct a place does it have in Dalit consciousness that it does not escape mention in the book—from Dalit men being forced to wear loincloth, to the women not being allowed to wear bright, or even coloured, saris. And how her mother’s family, as was the norm in many Dalit families, decided one day that their daughter had to stop wearing colourful clothes and bought her coarse white cloth instead to ensure that she didn’t look attractive and invite undue attention. Writing about how a cross-eyed upper-caste man “could fuck" her aunts but not marry them, Gidla points to the important dichotomy that has been raised by many Dalits—about why the upper castes think a Dalit’s touch will pollute them, but have no qualms in sexually abusing a Dalit woman.

Then, there is the matter of the community’s culinary habits, and how these are perceived by those outside the community. In the pages where she describes a wedding in a Dalit colony, Gidla speaks of their food—beef and pork. “Untouchables are commonly associated with two creatures: the crow for its blackness, and the pig for its foulness...cheapest meat for the cheapest man on earth," she writes. She mentions that pig intestines and offal are part of their cuisine. In a Lounge article last year (A Story Of Culinary Apartheid), Deepa Balkisan Tak, assistant professor at the Krantijyoti Savitribai Phule Women’s Studies Centre, University of Pune, said: “....If I eat pig meat, I am marked a pig-eater. If an upper-caste person eats it, it becomes pork, the rich man’s delicacy."

Gidla also goes back in history to events that raised awareness of casteism as a political question among Dalits, like the Karamchedu massacre in 1985 in Andhra Pradesh (where an entire Madiga settlement was attacked by a mob of 2,000 high-caste Kamma men, killing 11).

From poverty to manual scavenging, from temple entry to discrimination in seating arrangements in schools and in jobs, to being denied a room in caste Hindu localities owing to their eating habits—Gidla’s memoir touches upon almost every aspect of Dalit life, and not just the physical violence they face. If anyone wants to understand caste, Gidla’s is the book to turn to.