I am at Sofia Residence, a boutique hotel in the heart of Sofia, the Bulgarian capital city. And laid out before me is a feast. In his zeal to showcase some of his country’s “most representative dishes”, my host Stephan Stoyanov, a Bulgarian art dealer, has ordered a stunning smorgasbord. Plates are loaded up with fresh vegetables that are in season, all picked when they were ripe. The meat is from free-range animals because that’s just how things are done here. And, of course, the beef is grass-fed. There’s shopska salata, the famed Bulgarian salad made in the colours of the national flag: white, green and red. The white is mounds of delicious cold feta, the green is crisp cucumber and the red is tomato. Warm breads jostle for space with a cheese platter comprising sirene (Bulgarian “feta” made with sheep’s milk), kashkaval (akin to the Dutch Gouda) and the mouldy “green cheese” so exclusive that it is produced in only one Bulgarian village called Cherni Vit. As I smear lyutenitsa (a tomato-capsicum relish) on the sirene and pop it in my mouth, flavours explode on my palate like little bombs.

The glistening kyufte and the kebapche are made from minced beef and pork, respectively. While the former resembles a meatball whacked with a spatula, the latter mimics the cylindrical seekh kebab. “Though they look similar,” the chef elaborates as I dig into the succulent meat, “both kebabs are cooked differently. Kyufte incorporates far more spices and can be either fried or grilled, while the kebapche is always grilled.” Kebapche apparently arrived in Bulgaria with the Ottomans in the 14th century. Such was the craze for the dish that it penetrated the outer reaches of the Balkans, Italy and Austro-Hungary. In Bulgaria, circa 1908, kebapche bars became a leitmotif across the country, feeding thousands congregating in public squares, basking in the afterglow of the country’s newly acquired independence.

Like the kebabs that skilfully marry Central Asian influences with Arabic/Mediterranean flavours, culinary alchemy has defined Bulgarian cuisine for long. Centuries of rule under the Thracians, Romans, Byzantines, Ottoman Turks and the communists have resulted in dishes (grilled meats, salads, juicy steaks and Turkish-influenced desserts) whose exact provenance may be hard to pin down, but speak of a culture that is inclusive and embraces rather than eschews foreign influences.

The secret to a long life

If it wasn’t for the vibrant red and yellow coat of arms fronted by a lion, the Bulgarian national symbol could well have been yogurt. Dolloped on falafel wraps, slathered on moussaka, folded into desserts, it is ubiquitous. And Bulgarians wallop it morning, noon and night.

I have a taste of kiselo mlyako in Zemen, a medieval town located 70km from Sofia. Here, monks have been making this creamy yogurt for centuries. “Yogurt was part of the diet of Bulgaria’s most ancient inhabitants, the Thracians, who were good sheep breeders and lived a long, healthy life,” says monk Stephan Borisov as we perambulate the 14th century Unesco-protected Zemen Monastery. “In Thracian, yog meant “thick” and urt meant “milk” and that’s how the word yogurt was coined,” he adds. The world’s only yogurt museum is located in the village of Studen Izvor in Trun municipality. It honours Stamen Grigorov, a native and founder of Lactobacillus bulgaricus, the unique bacteria found only in Bulgaria that produces kiselo mlyako.

In 1904, the Bulgarian scientist brought a traditional clay pot (rukatka) containing home-made yogurt to his lab at the Medical University of Geneva to examine the essential bacterium that caused milk to ferment and turn into yogurt. In the process, he discovered Lactobacillus bulgaricus, the gut-friendly yogurt often quoted as a contributing factor to most Bulgarian centenarians’ longevity. 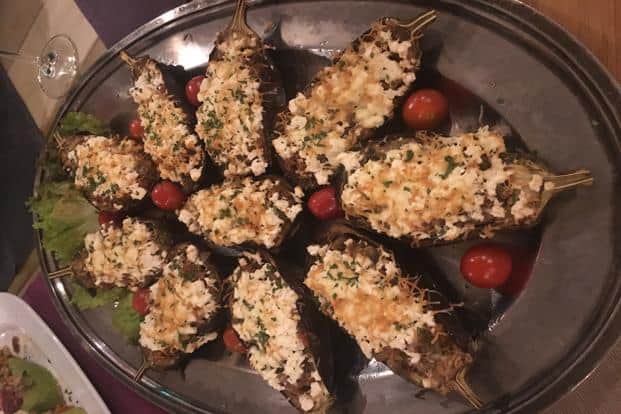 I try Tcherga wine at a local farmhouse on the outskirts of Sofia. Distinguished by an intense red colour and aromas of mulberry and blackberry with woody notes, it flaunts a colourful and horizontal striped label. “Tcherga is the Bulgarian name for a rug. So the label is shaped like an old colourful Bulgarian rug with stripes,” explains my host Mikhail Ivanov.

Bulgarian winemaking started over 5,000 years ago, I am informed, when the first vines were transported from the Middle East. During the Middle Ages, wine in Bulgaria was made by monks in monasteries. They stored it in cool, subterranean cellars, many of which have been preserved to this day.

The Thracian Valley has been producing barrels of delicious wines since the 19th century. Mushrooming wine-tasting cellars and wine bars, as well as wine festivals, are increasingly attracting visitors from across Europe, acting as a force multiplier for the country’s tourism industry.

“Across Bulgaria, we enjoy a unique topographical advantage,” explains Ivanov. “Cold currents don’t linger too long in the valley during the winter months, which allows for the accumulation of enough sugar and acids to make our wines harmonious.”

Food for the soul

Near Zhenski Pazar (Women’s Market) in Sofia, I follow my nose to an Iraqi bakery redolent with the smell of fresh pide, a boat-shaped pizza with a beef-cheese filling. I watch the baker as he loads the rolled-out dough on to an iron paddle and shoves it into a phosphorescent, cavernous clay oven. After about 8 minutes what emerges is not a dish, but a work of art. A gossamer gold pide, all buttery crust and melting cheese. Sliced into strips, it is handed over to me piping hot on an old newspaper. Pure bliss!

Banicharnitsas (a place where banitsa are baked and sold) pepper Sofia like confetti. Circular in shape, the pastry is filled with the nutty Bulgarian white cheese. The flaky mouth feel of the savoury pastry, offset by the umami of the cheese is a treat for the taste buds. “Though sirene cheese is the most popular filling, pumpkin, apples and spinach are increasingly being used to make banitsa,” explains Egyptian baker Mohammed Hassan, handing over a freshly baked gigantic banitsa to me for 8 lev (around ₹ 320).

Bulgarians also entertain lavishly, tables groaning under the weight of dishes. At the home of Zemen’s affable mayor Dimitar Sotirov, I’m fed so much I have to beg them to stop. The food is made with locally sourced produce.”We buy from our neighbours because we like to know where our ingredients are coming from,” the mayor explains. “I can tell you which farm my yogurt and cheese came from, that the plums in that jam jar are from our own farm because that’s just the way we’ve always eaten.” The tables are set alfresco, under cerulean skies overlooking the breathtaking Pernik Valley. There’s shopska salata and “monastery-style” bean soup of white kidney beans and vegetables. A honey-hued banitsa is displayed proudly at the centre of the table. And as I settle at the table—volleying between the stuffed vine leaves (sarmi) redolent of rice and meat and a roasted lamb infused with chubritsa herb, I wished I’d worn pants with a wider elastic waistband.