16 must-reads for children this summer break

Put down your gadgets. Lounge brings a selection of some of the best new reads for children and young adults

From adventure novels to short stories, this summer’s new releases have plenty to offer young readers. From Ruskin Bond’s memoirs of his time with his father to Anushka Ravishankar’s unusual solutions for hiccups and from touching stories about the conflict-torn areas of Syria and Kashmir to Neil Gaiman’s story of a princess in India, there’s enough here for bookworms on a long break from school. 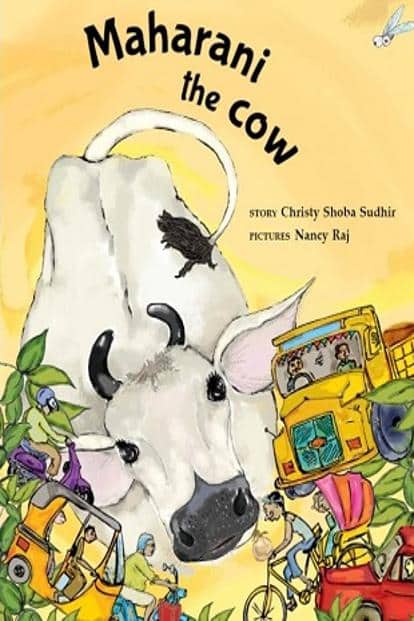 Christy Shoba Sudhir releases her debut children’s book, a hilarious short story on what happens when a cow named Maharani sits down in the middle of a busy road, an occurrence that many Indians are familiar with. Illustrator Nancy Raj captures the boisterous Indian city and amidst it, a cow whose regal attitude is sure to amuse young readers. 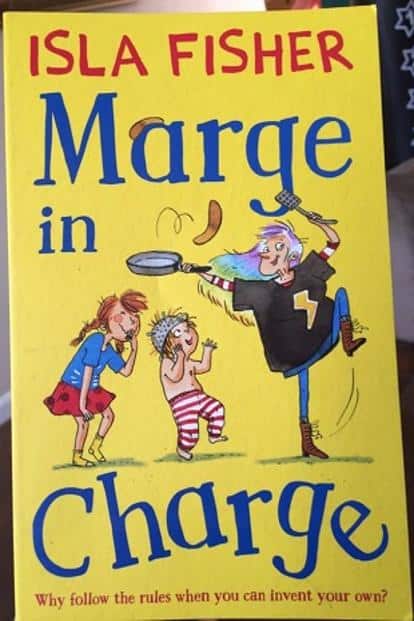 Marge In Charge: By Isla Fisher

This hilarious debut from actress Isla Fisher is about a wild, mischievous babysitter named Marge with rainbow hair who loves to make a mess and bend the rules. She cooks chocolate soup for dinner and conducts a chaotic concert—how could Jake and Jemma not love their new babysitter? Enchantingly illustrated by Eglantine Ceulemans.

By Anushka Ravishankar and Christiane Pieper

Anushka Ravishankar comes out with an absurdly hilarious book about bizarre remedies to shake off those pesky hiccups. Along with German illustrator Christiane Pieper’s fun artwork, Hic! makes for a playful book for kids. It is also a unique edition, with publishers Tara Books experimenting with Risograph—an ecofriendly printing system which will give the book a unique texture and make the artwork appear more attractive. 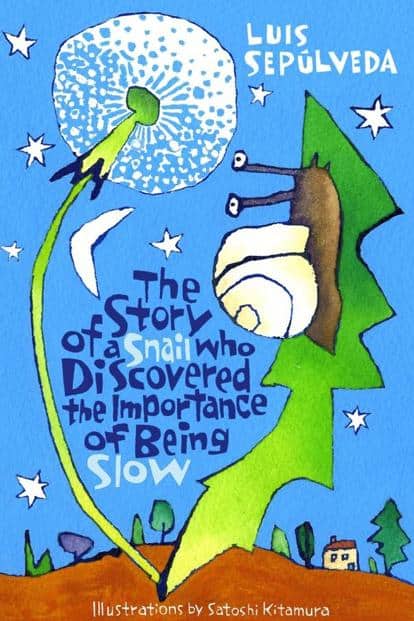 The Story of a Snail Who Discovered the Importance of Being Slow: By Luis Sepúlveda

The translation of an Italian bestseller which, the publishers say, sold over 1 million copies in that country alone. Written by a well -loved children’s authors, Luis Sepúlveda, it follows Rebelde the snail, who can’t stop asking his fellow snails, why are we so slow? Banished from the snail community, Rebelde travels the world, making new friends and going on adventures, gaining wisdom and learning to accept who he is. This book is an ode to unity in diversity and celebrating the value of being slow in a world that can’t stop moving. 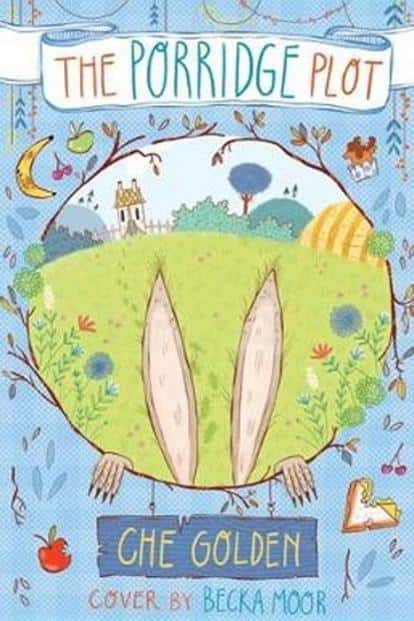 The Porridge Plot: By Che Golden

Che Golden’s delightful story of magic and fantasy follows Maya and her family, who move to the countryside and find a house sprite living in their new home. This unwanted resident identifies itself as a Brownie and gets very upset when it realizes it won’t be getting its bowl of porridge, which is what its kind typically expect to receive in exchange for doing the housekeeping. As the creature wreaks havoc on the household, Maya and her family need to find a way to resolve this situation, or else leave their new home. The Porridge Plot is a touching portrayal of family life, and emphasizes the importance of love and togetherness.

Looking for the Rainbow – My Years With Daddy

Looking for the Rainbow – My Years With Daddy: By Ruskin Bond

In Ruskin Bond’s first ever memoir written for children, he recollects his time with his father when he had been a young boy. Gorgeously illustrated, the charming Mr Bond’s poignant prose makes Looking for the Rainbow a must read for both children and adults. The book follows 8-year-old Ruskin, who escapes his dreadful boarding school in the hills and goes to live with his father in the Capital. His time in Delhi is filled with books, art, culture and quality time with his father. However, this dreamlike trip turns tragic all too soon. 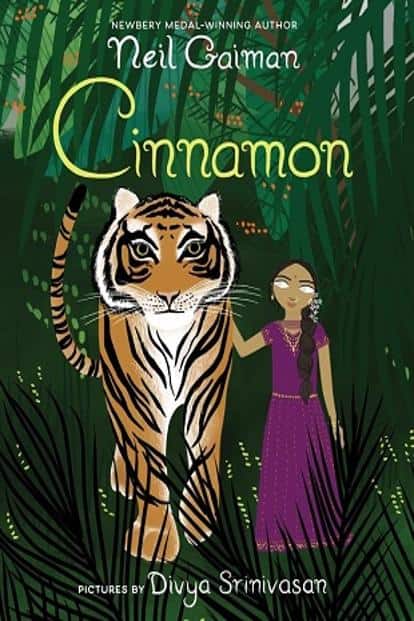 Bestselling author Neil Gaiman teams up with talented illustrator Divya Srinivasan in this vibrantly depicted fable about a princess and a tiger. Set in a fictional part of India, a blind princess named Cinnamon is unable to speak. Her parents offer a large reward to anyone who can teach their daughter, but no one is successful, until a mighty tiger comes to their palace and announces he will teach the ‘girl-cub’ to talk.

The New Ocean: The Fate of Life in a Changing Sea 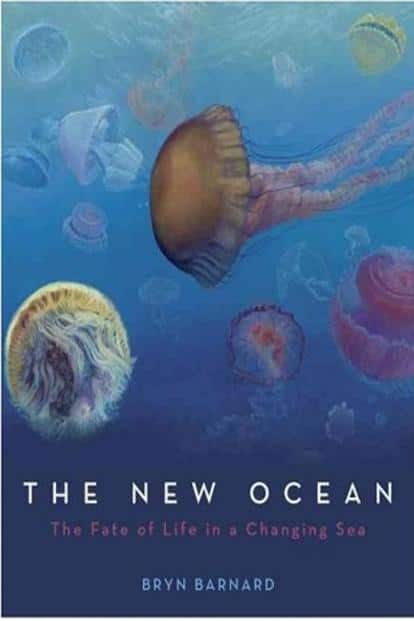 The New Ocean: The Fate of Life in a Changing Sea: By Bryn Barnard

Bryn Barnard’s absorbing narrative looks at the future of our seas and the impact of human actions on these wondrous natural resources. This brightly illustrated novel tells the probable fate on sea dwellers. Perfect for educating young reads about climate change and underwater life, this is an informative and interesting read.

The Lotterys Plus One 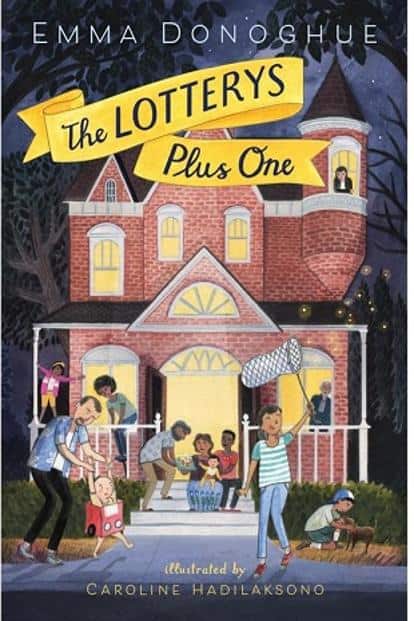 The Lotterys Plus One: By Emma Donoghue

The author of The Room, Emma Donoghue, comes out with an entertaining and heartwarming children’s novel. The Lotterys Plus One follows the eccentric Lottery family—9-year-old Sumac Lottery, her six siblings, four parents and five pets. This chaotic, happy household scenario is disrupted when a grumpy grandfather with dementia suddenly moves in with them. 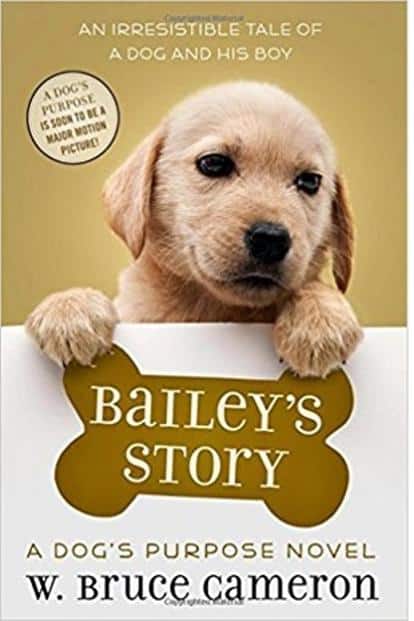 A children’s adaptation of the novel A Dog’s Purpose, this book tells the story of a dog named Bailey learning about life, love and his purpose alongside his owner, a young boy named Ethan. This moving tale about a boy and his dog is perfect for all animal lovers. The black and white illustrations bring Bailey’s world to life.

The Boy, the Bird and the Coffin Maker

The Boy, the Bird and the Coffin Maker: By Matilda Woods

A short and sweet tale about love, loss and family, The Boy, the Bird and the Coffin Maker is about Alberto, a lonely coffin maker in a town that has been ravaged by a deadly plague. When he meets a young boy named Tito and a magical bird, his life changes and together they find magic and hope in the world around them.

The Width of the World—Vega Jane Series 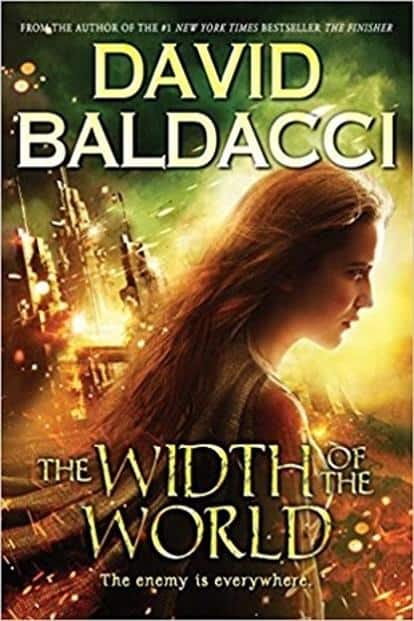 The Width of the World—Vega Jane Series: By David Baldacci

David Baldacci’s fantasy Vega Jane series centres on teenager Vega and her companions who are trapped in their bleak village of Wormwood by the deadly forest ‘Quag’. In the third installment of the series, Vega breaks away from her home to fight through the Quag and discover the world that lies beyond it. The protagonist of this story is a brave, independent heroine who overcomes several challenges and fights for what she believes in.

The House That Spoke 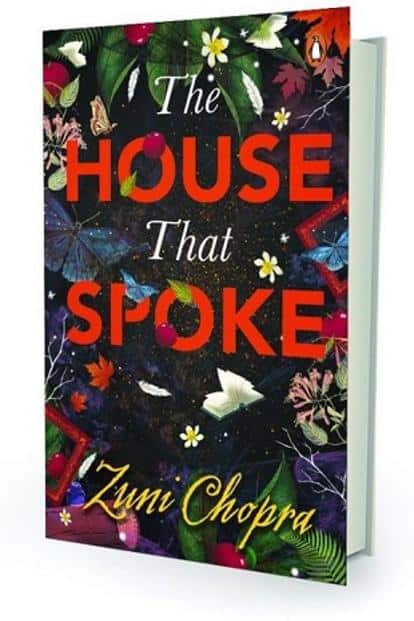 The House That Spoke: By Zuni Chopra

Teenage author Zuni Chopra’s debut novel paints an unusual portrait of Kashmir, blending magical and historical elements to create a riveting fantasy novel. It follows a young girl named Zoon, who learns that she was born into magic and can talk to her fantastical house. She finds out that there is a darkness within her house, and she must take her rightful place as the guardian of the house and fight the evil in order to protect her home and subsequently, Kashmir. The Pearl Thief: By Elizabeth Wein

From the author of Code Name Verity comes a new story of mystery and love and murder. Reminiscent of Agatha Christie’s suspense-filled novels, The Pearl Thief follows 16-year-old Julie trying to clear the name of a neighboring family suspected of murdering a London archivist. At the same time, she tries to discover the mystery of her family’s missing pearl collection. 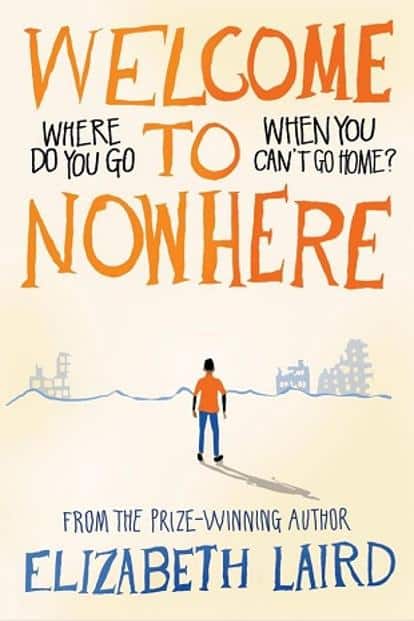 Welcome to Nowhere: By Elizabeth Laird

A must read for teenagers, award-winning author Elizabeth Laird tells the story of a young boy named Omar whose family lives in the bustling city of Bosra, Syria. Omar loves his home and dreams of a happy, successful future as a businessman, not bothered with the politics surrounding him. But when his older brother Musa gets involved with some young political activists, his whole life changes. Before long, bombs are falling all over his city and his family must flee, raising the question—where do you go when you can’t go home? A touching story based on the current Syrian crisis.

A heartwarming new novel by Jennifer E. Smith, author of The Statistical Probability of Love At First Sight, is about a girl named Alice who gifts her crush, Teddy, a lottery ticket. He wins, and with their world completely changed, the two embark on a journey to put the millions to good use. This contemporary read focuses on family, friendship, love, grief and money.