What lies beyond the great Anthropause

The virus has shown us the impact of a disregard for nature. Small changes to urban lifestyles could make a big difference 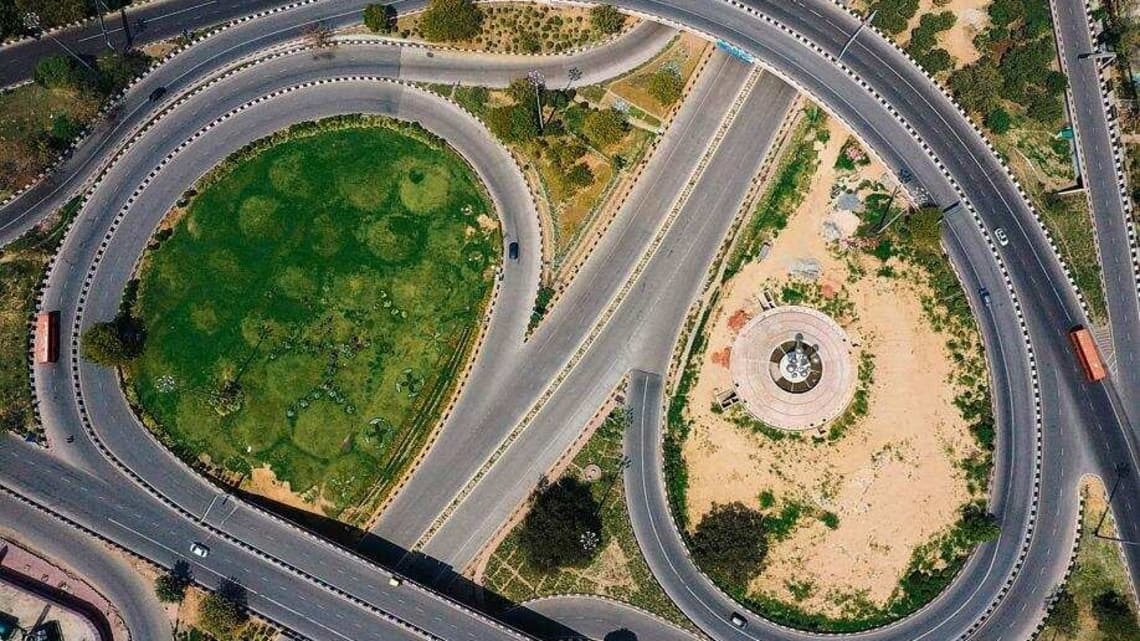 No-traffic or no-honking days could give nature the break it needs. (Getty Images)

Recently, Apple TV released a documentary called The Year Earth Changed. It takes viewers through some delightful scenes of what happened in the world of wild animals while humans were forced to take a break from their normal activities due to the zoonotic pandemic. Leopards checked into safari resorts in Africa; deer, bears and even penguins strolled around urban areas; and dolphins and humpback whales sang free again.

For months, social media worldwide was abuzz with pictures and videos of animals and birds taking back what might have been theirs if it were not for us. Nature, it seemed, had returned to everyone’s backyard.

Yet we need to go way beyond the romance of beautiful photographs to understand what is really at stake here. We are still in the midst of the sixth mass extinction. It will take a radical shift in our development models for nature and wildlife to become truly resilient again.

It was a team of UK researchers writing for Nature Ecology And Evolution in June 2020 that came up with the catchy phrase “anthropause” to describe the global reduction of human activity and mobility during the pandemic.

Scientists have long tried observationally to measure the impact of increasing human footprints on different aspects of animal biology and behaviour. This knowledge is absolutely critical for the future. It helps us understand ecosystem connections and how to preserve biodiversity, how to prevent species collapse, how to predict zoonotic crossovers into human populations, and how to keep up with the environmental change that is speeding up around the globe.

The last 30 years have been particularly devastating for many species. The next 30 will determine whether they, along with humans, thrive or just about survive.

Also read | Majuli's boatmakers pitch in to save Assam's wildlife

The anthropause gave scientists a never before opportunity to create and pool data sets across large geographies. New global collaborations are quickly developing to formalise the observation and sharing of such data to inform the future. Researchers want to use bio-logging and other strategies to uncover many mysteries. How do human-built environments affect the movement of non-human beings? Which species can adapt well to human activity and which ones are left more vulnerable? And most importantly, can small changes to our lifestyles, or smarter design of our mobility networks, have a disproportionately beneficial impact on wildlife?

What are the early results telling us?

Importantly, though, it is not only a rosy picture of nature bounding back. Some species have developed an inordinate dependence on humans. Many animals subsist on food waste left lying around our streets and in gutters. Others depend on our sometimes unwise generosity in feeding them. The dramatic slowdown in normal human activity left unknown numbers of rodents, cats, squirrels, street dogs, monkeys, cows and others without sustenance.

In many places, the world’s poor, pushed back further into poverty, had to depend more on ecological resources—on subsistence hunting, logging, fishing from the wild. In India, researchers observed the near doubling of species “illegally” killed for food during the lockdown last year. Without human surveillance, protected areas have been more in danger of poaching too. And feral dog packs, the biggest threat to India’s sanctuaries, roamed unrestrained.

While citizens have reported much renewed love for returning natural beauty, some researchers have noted a simultaneous increase in the sentiment against nature and wildlife. Perhaps it is a fear reaction from knowing that this pandemic emerged from the animal world. Bats, especially, have become the target of increasing human wrath. This is unfortunate as bats are important pollinators in a worldwide decline of pollinators. Another danger is that children could absorb this fear from adults, reducing their potential to preserve their own future by conserving wildlife.

With this mixed bag of effects on the human-wildlife relationship, what can we learn? What should we do better?

If anything, this past year has taught us that small things matter. That we can personally create change that quickly and positively impacts others. Millions of people have been wearing masks to that end.

What the urban elite does matters more than ever. If even 200 million urbanites of India make some small changes in habits and lifestyle, it could have a cascading effect. It can even create a subtle system shift, leading to more positive feedback loops over time.

Here are some suggestions for citizens from environmentalists, researchers and urban designers whom I reached out to.

— We can easily contribute to reduced light and noise pollution, to allow birds and other species more freedom. If you can, shift any lights near trees where birds nest or roost. Work with your local municipality office to redesign street lighting for safety for pedestrians but privacy for birds and animals.

— Respect all life—learn what role the smallest creatures like moths and spiders play. In neighbourhood parks or private gardens, leave some spaces undisturbed and dark for birds and insects to forage and breed or rest.

— Participate more in waste management, at home and outside. Don’t throw your garbage where animals can get at it. Plastic and cows, for example, are a lethal combination.

— Rethink your mobility patterns post- pandemic. Virtual conferences have a lower ecological footprint. Avoid travelling for unnecessary meetings. Club outside activities when you can. Join the “No Honking” campaign. It is astonishing how many birds and animals benefitted from a quieter environment last year. The Year Earth Changed has particularly poignant scenes of birds singing again near desolate airports and cheetahs being able to safely call out to their cubs without the rumble of tourist jeeps in the savannah.

— Don’t stop going into the wild. Forest bathing can heal us. Many local economies depend on nature tourists. More watchful eyes on protected areas can also prevent poaching and fires. Wildlife tourism rupees support conservation and help compensate for human wildlife conflict. What we can change is HOW we go into the wild. Can we be more “in the wild”? Can we reduce our noise and light, simplify our food and other conveniences?

— Policy matters. Speak up more against the roll-back of environmental protection, in our neighbourhoods, but also for all the wild places we may never visit. Each voice resonates.

— Spread new ideas for people to chew on. Should safari parks, for example, be shut once in a while to let animals breed in peace? Should we stop vehicular traffic once a week?

— All traditional fishing communities around the world across recorded history have customary practices that stop them from fishing in breeding season. Maybe we can learn from that.

If enough of us shift our mental model to incorporate such suggestions, say the experts, people may enjoy the benefits of last year’s lockdown without its tremendous suffering.

Let’s listen to what researchers and citizen scientists are telling us from this year of observation. Maybe we can mitigate the next catastrophe, not with another great anthropause, but with a gentle withdrawal from our most harmful habits. Wishful thinking—maybe the next documentary could then be titled “The Year the Earth Changed—Forever.”

Rohini Nilekani is the founder-chairperson of Arghyam, a foundation for sustainable water and sanitation.