Stories that rise out of gardens

Despite the attempt to turn them into fast-moving items, plants are the slowest of fashion and never fail to surprise you 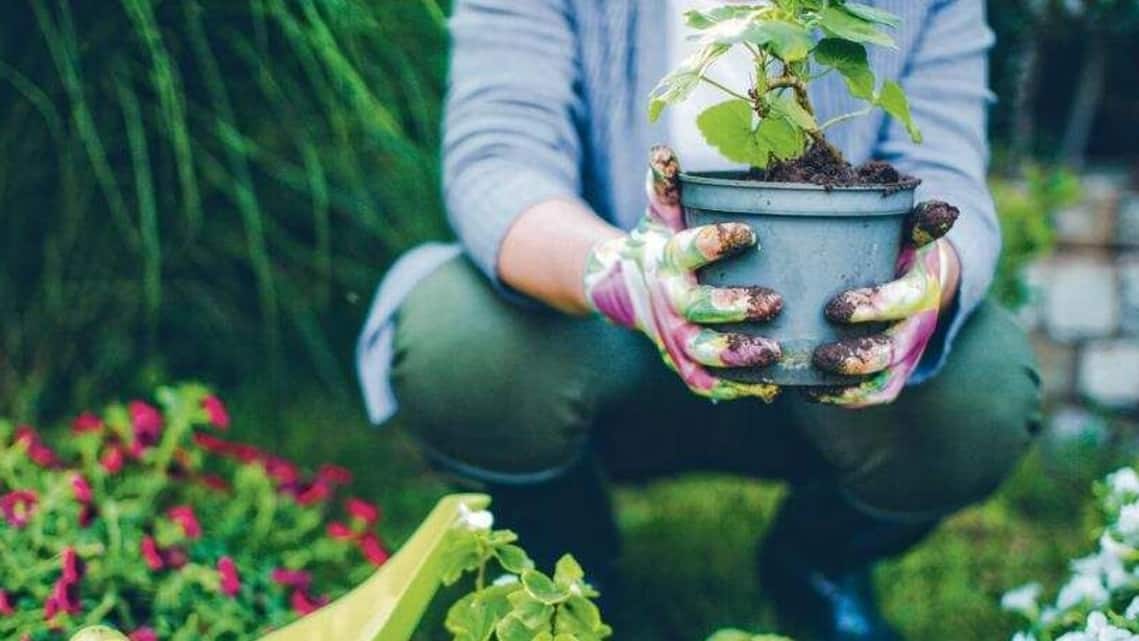 Gardens, like stories, are artifices to help humanity live with itself. (Getty Images)

Just like when you have seen another woman wear something amazing and you want it without asking her where she got it, I have been using the world’s worst search terms to find the plants I have seen in other people’s gardens. “Pinkish, trumpetish” took a while to reveal itself as the Allamanda Tiger. “Creeping, upside down, spikes” showed rather non-PG-13 things to begin with but eventually that particular object of my admiration turned out to have a name as magnificent as its appearance—the Mysore trumpet vine. In the last few months, I have been trawling online gardening sites with the same combination of obsession and impatience that I have for fast-fashion sites. I am unable to get off the sites—and unable to feel sure the spider plant is the right fit.

To be fair to my consumerist demons, the sites are designed to feed them. They hit the same buttons as the ₹399 T-shirt you order at 2am. These sites have, on the face of it, the kind of classification systems that Swedish botanist Carl Linnaeus wouldn’t have minded too much—flowering, cactus, aquatic, indoor, outdoor. They have a few dozen other, more titillating taxonomies. Observe closely the packages and discounts. Earlier in the year, I had a big giggle about “work from home plant combos”. More recently, those jaunty names have been replaced by faintly bitter ones like “7 immunity boosting plants”, “5 die hard succulents”.

Also Read: Are you a victim of the ‘plantdemic’ too?

My one half-way excuse for this online trawling of plants is that last year I moved into a house with a garden. It’s the first time in my adult life I have had a garden. Between inertia and flocks of the biggest mosquitoes I have ever seen (when they are that big, they can no longer be swarms), I wasn’t in said garden much until recently. Last week, I had a brief flash, a tactile memory, of grass under my feet and immediately remembered what it was like to be seven years old and think that life was too short to stop to wear chappals. It was also brief because I had to stop one toddler from putting his whole arm inside a hole in the ground.

While I searched for flame vine online (search terms: orange, tube, bush), the garden had been doing its own thing. But despite the attempt to turn them into fast-moving items, plants insist on being the opposite of the T-shirt. They are the slowest of fashion and never fail to surprise you. By which I mean the Allamanda Tiger ordered at midnight has so far failed to growl and the flame vine is not yet a burning bush. However, Nature is dealing. Dealing with my incompetence and moving on, that is. The infant papaya and half-grown pomegranate have given up. But the pomegranate’s neighbour, the hibiscus (which precedes my arrival on this plot), is now an inexplicable two-storey high Limca Book of Records type creature. And in three obscure corners, mogra (jasmine) has sprung up overnight.

I persuaded one toddler who yells ant, ant, ant most of his waking hours (because the mosquitoes have been replaced by seven varieties of ants) to smell the mogra. His lack of clarity on inhalation vs exhalation has led to Ferdinand The Bull-level puffing of jasmine. On plant sites, they are offering good deals on “fragrant mogra plant for compassionate moms” but I have made videos of Ferdinand for dispassionate giggling purposes. My own compassionate mother looked past her youngest grandson’s recreational drug use of the Arabian Jasmine in the videos. She looked past him to the crotons (stripey, yellow, red, orange, short) and remarked with a hard tone that she reserves only for people who neglect plants: “The one on the left is looking very dry.”

Also Read: How not to kill your houseplants

It’s still unfamiliar, the suburban garden, used as I am to just crowded balconies of pots and planters. Last week, I was puzzled by how often a brightly coloured bee was hanging about in the hardened mud rims of puddles outside my front door. My scientist friend Vivek Nityananda told me it was probably because it was not a bee at all but a potter wasp collecting mud for its nests. I complained to him about this insect that most resembled the bees of cartoons, striped yellow and black, not being a bee. Vivek, who has been immersed in writing a book about trust, competence and confidence, immediately reminded me of the apocryphal story of Charlie Chaplin placing third in a Chaplin lookalike contest.

Stories rise out of gardens. Both look like nature. Both are artifices to help humanity live with itself. In this unfamiliar grassy terrain, apparently I needed a story to find my feet. The Charlie Chaplin story has left me wandering around the garden asking what else isn’t quite what it seems. Excuse me while I inspect that ant.