What if many things that people consider virtuous are in reality evil? What if evil lurks in the very things that give many of us meaning?

In Monty Python’s film, Life Of Brian, when a large crowd imagines Brian to be their promised saviour, he tells them, “You don’t need to follow anybody. You’ve got to think for yourselves. You are all individuals."

And the crowd chants, “Yes, we are all individuals."

Brian screams, “You are all different."

“Yes we are all different," the crowd chants.

The popular historian Yuval Noah Harari mentions the scene in his latest book, which contains “21 Lessons", in a remarkable coincidence, “For The 21st Century", to suggest that people are herds with delusions of individuality. As we know, intellectuals who lament the “echo chambers" of our times are echo chambers themselves.

Plebeians, scholars, nationalists and humanists alike surrender their intelligence to collective opinion; the liberals, though, are more likely than the others to chant that they are individualistic. The infestation of uniform ideas in the gangs of our world also creates noble justifications to support those ideas. That is why there is no substantial group on Earth that believes that it is evil; yet there is so much evil. Evil, it appears, has long assumed more respectable names.

“The problem with evil," Harari writes, “ is that in real life, it is not necessarily ugly. It can look very beautiful."

Harari states this to show how impressive patriotism appears to patriots even as it wields the power to destroy millions of lives. But all the lessons he tries to impart have this unspoken warning—evil thrives because it is not as obvious and unreasonable as Lord Voldemort, but by being something complex and endearing, like religion, identity, pride and technology. And not so long ago, communism and socialism.

This leads to a disturbing question, which Harari does not ask. What are the beautiful things around us today where great evil lurks that good people are unable to see? What if the campaign against capitalism is in reality a campaign against the poor? What if the urban encouragement of rural Naxals is in reality the hiring of cheap martyrs? What if most of activism is an unconscious elite battle for their own privileges? And what if there is a deep dark negativity in “progressive movements" that will lure the mentally ill and eventually ask them to destroy themselves for a glorious cause.

Harari has unromantic views about the “groupthink" of the compassionate urbane, widely known as liberals. He never explicitly includes them as one of our beautiful evils but does identify “liberalism" as one of the three great stories the global elites spun in the 20th century to describe mankind. The other two fables were, “the fascist story" and “the communist story". Alpha fascists gave way to romantic communists who, like romantic men, made promises that were not as good as their poetry. Only liberal capitalism was left standing towards the close of the century. “The supermarket proved to be far stronger than the Gulag," Harari writes. But today with the rise of democratically elected alphas, he points out, none of the three stories stand and the scholars, including Harari, are confused. It is in the nature of humanities professors to first create thought-experiments to describe humans, then imagine that the thought-experiments are truth, and eventually get confused when they are proved wrong. Societies have always been a mixture of enterprise and compassion, modernity and tradition. 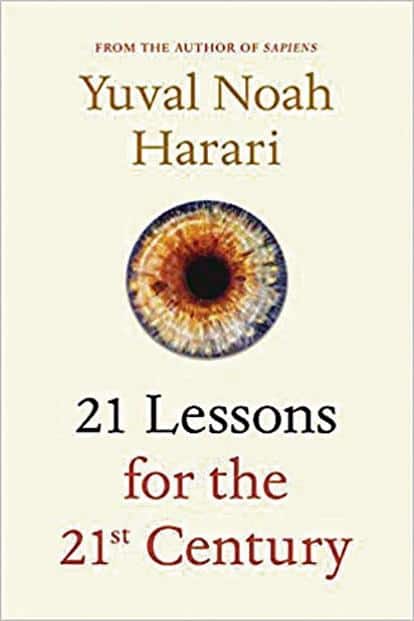 But the future, Harari writes, might look more like what Karl Marx imagined than Steven Spielberg. Even those who have not read a word of Karl Marx, which might be most of the literates actually, will instinctively know a Marxist future is something unhappy. But evil lurks in the happy story of technology.

To draw our attention to the impending darkness, Harari mentions a chess contest that was held in December last year. One of the contenders was known to chess players around the world. Stockfish, believed to be the world’s most powerful chess engine, is a computer program that has been designed to analyse chess moves. No human has a chance to beat it. Stockfish played AlphaZero, Google’s machine-learning program. The two programs played a hundred games.

AlphaZero won 28, drew 72 and lost none. The programmers of AlphaZero had not taught it chess; it learned on its own—in 4 hours.

Google’s claim of “4 hours" is actually a bit dramatic and opaque.

Also, AlphaZero has been training through such powerful devices that we should not try to comprehend “4 hours" in human terms. Harari, despite being a historian, is not concerned with the nuances of it all. He wants us to be scared. All things considered, it still is extraordinary that AlphaZero could teach itself chess and become the best chess player in the universe known to us. Harari uses such events to point to the future when machines will do almost all human tasks.

Then, most people will be “useless". He writes, “The future of the masses will then depend on the goodwill of a small elite. Maybe there is goodwill for a few decades. But in a time of crisis…it would be very tempting and easy to toss the superfluous people overboard."

But Marx would have rightly asked Harari—what are the few superhumans producing when there are not many left who can buy what they are producing?

In this question is a hint of the impossibility of such a sad future world. We do not know yet. But what we do know for sure is that in the future the rich will be smarter than the rest. Harari points out that in all of our history, and even today, the rich are not innately smarter than the rest. They merely have more opportunities. But in the future, the rich will not only have a complete monopoly over knowledge and information, they will also have access to medical procedures that expands the human mind. “…by 2100 the rich might really be more talented, more creative and more intelligent than the slum-dwellers."

Maybe they will then write really lovely essays about the tragedy of inequality.

Wouldn’t the masses revolt? Wouldn’t the vicious middle class find neat ideological ways of destroying the machines and reigning in the trillioners? The human hostility to the algorithm has already begun.

You think the war against Aadhaar is about a conscientious middle class protecting the interests of the poor? (Canned laughter) I think it is instead the proto-war of humans against machines. In the future, the human struggle against machines, too, will look more Marxist than Spielberg.

The few superhumans then have to find a drug to keep the rest in a happy materialistic stupor. I propose, though I don’t know why I am helping the super humans, that they fabricate a global problem, like an approaching asteroid, that will keep most of the population busy with trying to resolve the issue. This adheres to Harari’s favourite theory—that people are suckers for fables and they are more attracted to stories than truth.

The most powerful human beliefs, he writes, have weak foundations but they endure as long as everything above the foundations is beautiful. “In history, the roof is sometimes more important than the foundations."

Manu Joseph is a journalist and a novelist, most recently of Miss Laila, Armed And Dangerous.