What Goes Around Comes Around (WGACA), a fascinating vintage store in SoHo, New York, where effortless crisscrossing across brands and time travel across decades is entirely possible

What if you could dress up today in a rare Woodstock T-shirt (1969) tucked into vintage Levi’s (1970s), throw on a military inspired olive green Chanel jacket (1996 Fall collection), and just to spice things up, finish the look with an extremely rare orange “Grand Marriage" Hermès Birkin bag (2014) made from three exotic skins—alligator, ostrich, lizard—and gleaming like new. I am standing in What Goes Around Comes Around (WGACA), a fascinating vintage store in SoHo, New York, where this sort of effortless crisscrossing across brands and time travel across decades is entirely possible. In fact, that is the whole point of this store.

It is a high-end museum-like curation of delightful pieces from major design houses, objects that a diehard fashionista might have collected over her lifetime. The range is eclectic with prices going from a few hundred dollars to several thousands. If you are a Chanel lover, you are in for a treat—possibly the world’s largest collection of vintage Chanel bags lives here. There is the thrill of walking out with a Hermès Birkin or Kelly bag without the whole rigmarole of a waiting list—there is an extensive selection of both, with some highly collectible ones like the above-mentioned Grand Marriage Birkin ($75,000, around ₹ 53 lakh) or a cutesy mini Kelly in ostrich ($35,000). Aside from iconic brands, there are plenty of historically significant items, for example a 1950s US Navy leather flight jacket that makes you go “Oh, wow". John McCain’s father’s flight jacket, with the label “Admiral J McCain" intact, has also passed through WGACA.

The store is clearly a labour of love—not to mention a very keen fashion eye—and I sat down with the co-founder and CEO, Seth Weisser, to understand the story behind it. Twenty-five years ago—yes, this is their silver anniversary year—Seth and his partner, Gerard Maione, two college graduates, were very active in New York’s party scene. To find stylish but inexpensive clothes for these parties, they would spend hours trolling through thrift stores, and the outfits they put together always garnered attention and praise. That’s where the idea of WGACA was born, presenting the best of vintage under their own brand.

And indeed, they have created quite the brand, one that has become a go-to place for celebrities, stylists and even fashion designers. Can you name some of your celebrity customers, I ask. “Pick any celebrity, and she has shopped here," Seth counters. Beyoncé? Yes. Nicole Kidman? Yes. Kim Kardashian? Yes, the whole Kardashian-Jenner family are regulars. Just this week, Lenny Kravitz was here twice, and Demi Lavato visited the Beverley Hills store on Monday. What draws them here? “We have celebrity clients because we have something really unique," he says. “A lot of fashion conscious celebrities don’t want people to be able to replicate their style."

Top fashion designers seem to find inspiration here. Jean Paul Gaultier, Alexander Wang, Donatella Versace, they have all been here. One can see why—the way different eras coexist in close proximity feels like you are immersed in fashion history. Handcrafted pieces from the Victorian/Edwardian era, 1920s flapper dresses, military uniforms, old kimonos—ask, and you will find them. Seth points out a bright orange-and-black satin bomber jacket with a bold embroidered tiger on the back—it is a souvenir that was popular with American troops returning from Japan. I almost mistook it for a more recent one, for similar jackets have been so much in vogue these past couple of years. “It was a trend on runways that definitely came from vintage," says Seth. “Powerful trend, Gucci first, then everyone went for it, Saint Laurent to Louis Vuitton. We know where Gucci came from, because he shops with us too."

What do fashion houses think of WGACA? Some are not pleased, especially Chanel, which sued the store earlier this year, questioning among other things, trademark infringement and authenticity of products. “Chanel believes it has the right to control the secondary market, but if you buy something, you can do whatever you want," says Seth. He outlines the rigorous inspection process that every item goes through, to ensure their authenticity is “ironclad". “People trust us, and we would not break that trust established over 25 years," he says. Interestingly, as part of WGACA’s 25th anniversary celebrations, Christie’s held an auction for it in September, and the lots included plenty of Chanel bags, jewellery, and clothing items.

The fervour of luxury brand collectors, especially Chanel, is best illustrated by this story. In the early days, Seth and Gerard would drive all over the country, finding people and their treasures. One such person was an avid couture collector in Houston, who owned a three-storey townhouse, and she had converted two entire floors into her closet. She had a thing for Chanel—she was personal friends with Karl Lagerfeld—so one floor was her Chanel world. “We spent two days trying to get whatever she was willing to let go, which was very limited because she was so attached," says Seth. But what they got, a hundred pieces or so, was incredible. 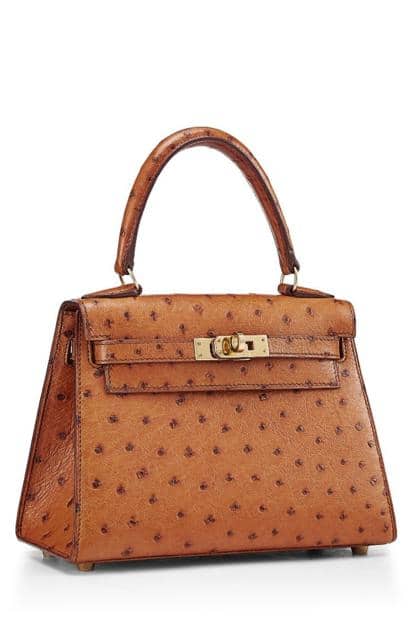 What is his most prized find? A pair of Levi’s jeans dating back to the 1890s. He sold it for $25,000, making it the most expensive Levi’s at that time. “They originally came from a mine in Colorado," he says. “Levi’s provided miners with their products—that was the gold rush era. They passed through several hands to get to us." The Levi’s museum didn’t have a pair from that era, so they bought it.

As I leave the store, I wonder if one of the answers for the fashion world, stressed as it is by overconsumption, lies in making vintage luxury more mainstream. Recycling, sustainability, circular economy—it ticks all those boxes—plus has the advantages of heritage, beauty, uniqueness, aspects that luxury brand lovers chase.

I wonder why luxury brand haven’t jumped to the opportunity yet.

Radha Chadha is a marketing and consumer insight expert. She is the author of The Cult Of The Luxury Brand: Inside Asia’s Love Affair With Luxury.