The companies that struck gold during lockdown 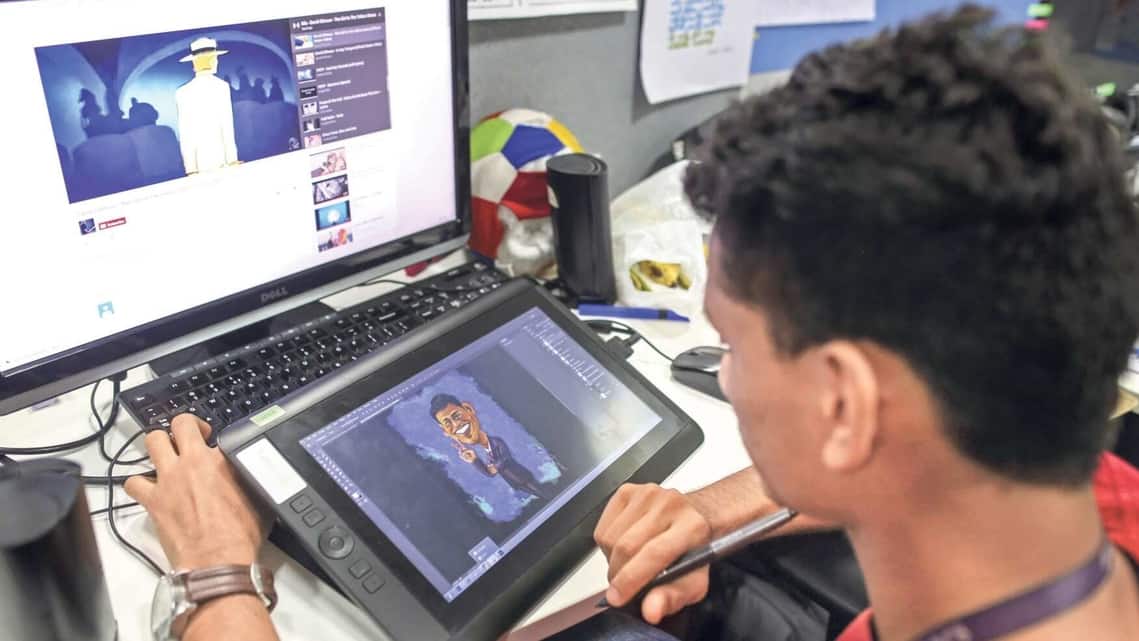 BYJU's has disrupted the online learning space during covid-19. (Bloomberg)

Heena Bheda, a self-described health and fitness enthusiast, always believed in the power of natural remedies. So, in August, the Chennai resident decided to start Yuva Soul, a health beverage company offering a range of herbal powders and teas. Despite the pandemic, the startup has been doing well, claims Bheda, who sells both online and in stores in Bengaluru and Chennai. “Over the past four months our sales have gone up by over 100%,” she says, adding that covid-19 has increased focus on preventative healthcare practices. “People are doing anything possible to boost their immunity,” she says.

According to a May 2021 survey, published by community social media platform Local Circles, pandemic-induced lockdowns and general uncertainty have wreaked havoc on the functioning of startups and micro, small and medium enterprises (MSMEs). Over 59% of them said they are likely to scale down, shut down or sell themselves since they are facing a liquidity crunch, states the report. However, there are some businesses—both new and mature—that have managed to tide through the past year and a half, pivoting operations to accommodate the new normal, even burgeoning because of it.

Online lingerie retailer Zivame, for instance, has been recording good sales. “Our MoM (month on month) growths are in double-digit percentages,” says Anuj Gupta, Zivame’s chief revenue officer, adding that the traffic on the platform is 50-60% higher than what it was pre-covid-19.

Possibly, one of the most significant contributors to the spurt in traffic is that “the pandemic compelled a very high percentage of consumers to move to online shopping,” adds Bengaluru-based Gupta. Barriers like lack of trust and fear of change that once prevented consumers from trying e-commerce shopping disappeared within weeks. Shopping online became a go-to leisure activity, and consumers preferred to buy in bulk, he explains. What’s more, the shift in lifestyle with more people working out at home, a fallout of the pandemic, has made lounge and comfort wear more popular.

Covid-19 has also proved to be one of the biggest disruptors of the education system, reshaping and redefining it. Edtech firm BYJU’s, which recently became India’s most valued startup, has managed to capitalise on it. “The pandemic has posed a major learning curve for students, parents, and educators while impacting the way we learn and teach,” says Mrinal Mohit, the chief operating officer, BYJU’s. He adds that it has been a “very productive time” for the startup. “In the first four years, since we launched the app, we got 40 million free users. In the last one year, we have added 45 million more students,” he says. They now hope to accelerate the launch of multiple products, like courses in vernacular activities, to ensure continuity of learning.

The shift to digital persists across countries and categories as consumers in most parts of the world keep low out-of-home engagement, says an October McKinsey survey. But this digital transformation is also deepening the digital divide in India. And bridging it becomes the need of the hour.

Neighbourhood kirana stores, for instance, “had become analogue relics in this digital world,” says Kumar Vembu, chief executive officer and founder of GoFrugal, a Chennai-based firm offering tech solutions to retail, restaurant and distribution businesses. The company, which has been working with kirana stores for over 15 years, responded to the situation almost immediately.

“Our biggest challenge was not how to manage our operations during the pandemic, but how to change their (kirana store owners’) mindset so they could manage their business,” says Vembu. “We overhauled our approach, became more consultative and counselled them,” he adds.

GoFrugal has, over the course of the pandemic, released a series of business-altering retail apps that helped mobilise and streamline operations in these stores. “Thanks to these apps, thousands of kiranas shifted allegiance to us,” says Vembu. “We were able to transform sufficiently and smoothly even before one could spell corona.”

In February, Tata Consumer Products Ltd signed an agreement to acquire Kottaram Agro Foods Pvt. Ltd, a Bengaluru-based millet-centric food startup. “The entire conversation began and happened during the pandemic,” says Prashant Parameswaran, managing director of Tata Consumer Soulfull Pvt Ltd, adding the company has been doing well in the last year. Part of the reason was the brand’s robust online presence and distribution network; sales on their B2C website, launched during the pandemic, has been “skyrocketing,” admits Parameswaran.

Like Bheda, however, he also believes it was owing to increased consumer consciousness of health, wellness and nutrition. From an Indian perspective, the market was still in its infancy stage compared to more highly developed Western ones.

“What the pandemic essentially did was accelerate this adoption,” says Parameswaran. There is also the convenience and hygiene aspect, both of which have driven up ready-to-cook and packaged food sales worldwide. With more people confined to homes, balancing work with chores and childcare, calendars have become more fluid. Having nutritious packaged food offers flexibility, he says.

This renewed focus on health has seeped into another area: cycling. Since the pandemic began, cycles all across the country have been in more demand.

Suresh Rajagopal, the advisor to the board and marketing strategist at the Chennai-based Daijo Pvt. Ltd Co., says that their recently launched Pedaleze bikes have garnered a lot of interest since the pandemic began.

The company, set up in July 2019, was all set to start selling in early 2020 when the country went into lockdown mode, and they were forced to stop operations. “We kept it floating (though) because we believed in the product,” says Rajagopal, adding that once things opened out, they managed to sell a fair number. These bikes, pedelecs with connected intelligence, have proved to be a good alternative transportation option. Since long-distance commute has reduced and people are avoiding public transport, “the product offers a solution to several issues,” says Rajagopal, adding that there is also the fitness element. “We were giving them the option of comfort and health as well as Gen X technology.

While market demand, technology and preparedness, with some good luck, have certainly helped many of these startups stay afloat and even prosper, the question of future planning continues.

Zivame, for example, hopes to focus on building tech-led agile supply chains considering the rapidly changing externalities and consumer preferences, while Soulfull’s focus is on expanding distribution and increasing presence. For younger startups like Daijo, it simply is about surviving the next few months. “The second wave came, and we are holding on,” says Rajagopal. BYJU’s, on the other hand, has been thriving.

Bheda, too, has many new plans for her business, including increasing retail presence and introducing more products. She credits the pandemic for giving her the necessary boost to begin this journey. “It fast-forwarded things for me,” she says.