Zero-waste living and sustainable consumption need not involve grim sacrifices but, indeed, can be a lot of fun, entrepreneur Sahar Mansoor argues in her new book 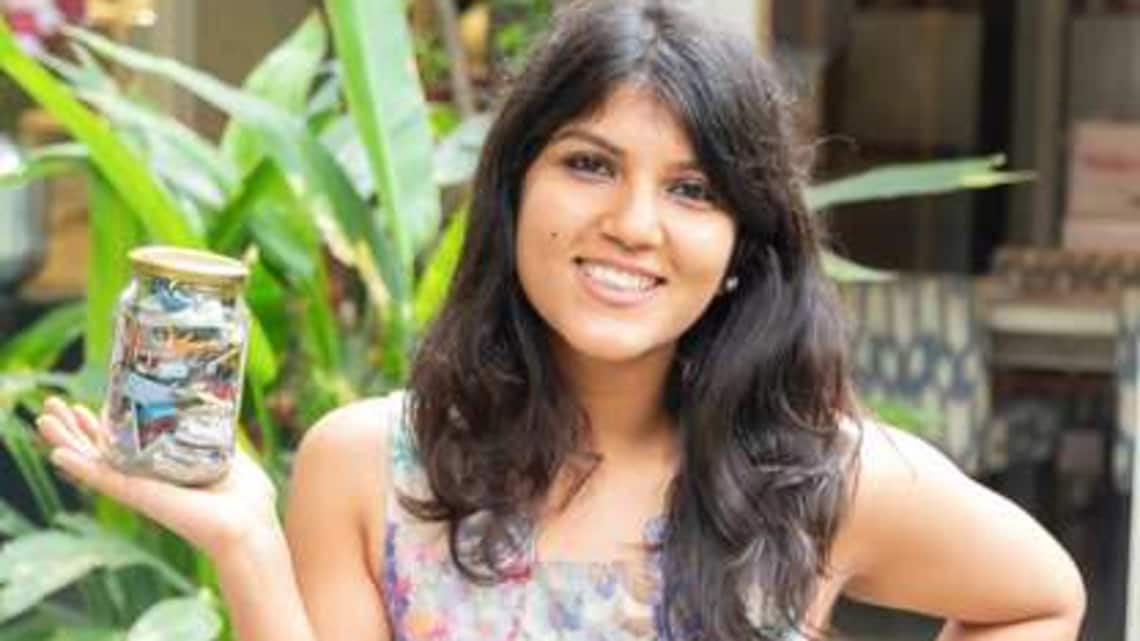 Sahar Mansoor, with all the non-organic she had produced in two years.

The pandemic, says Sahar Mansoor on a video call, has probably made urban elites more intimate with the waste they generate on a daily basis. “At least during the lockdown, when domestic staff weren’t coming to work, some of us had to segregate our waste for the first time,” she adds. “I hope dealing with it with their own hands made people more cognisant of their consumption habits.”

Mansoor’s assumption isn’t merely based on conjecture. Rather, it is borne out of her journey as a zero-waste advocate and sustainable entrepreneur over the last five years, and beyond. A snapshot of this career, her ideals and personal beliefs, come alive in her new book, Bare Necessities: How to Live a Zero Waste Life, co-written with Australian environmentalist Tim de Ridder and recently published by Penguin Random House India.

It’s not just a book filled with information and analysis but also a hands-on manual about ways in which we can start changing our consumption habits. “Since 2016-17, people have become more aware of the plastic crisis,” says de Ridder, “now, at least, there is talk of your waste going to Landfill A or Landfill B.” But awareness doesn’t necessarily translate into action, not necessarily because people are pernicious and uncaring, but rather because they often don’t know where to start. “Our book is written in such a way that it can be read and understood by a child or an adult,” adds de Ridder.

The claim isn’t misplaced. While the thread of the narrative is provided by Mansoor’s insights into her move towards zero-waste living and de Ridder’s commentary on the big picture scenario, the knots that tie their voices together are the many hands-on experiments and exercises recommended to the reader. Particularly helpful are the sections that urge them to take stock of the ways in which they generate waste and alternatives that lie all around them unnoticed.

From making soaps and detergents at home to turning old T-shirts into a giant patchwork quilt to recipes for preparing granola or banana peel chutney—tips and tricks abound through the book. Some of these practices are traditional and endemic to Indian living, especially in the rural parts, where a combination of frugality, poverty and proximity to the soil have made generations more mindful of the natural resources.

For instance, foraging for food, using vegetable peels in meals, or “brushing” teeth with twigs from the neem tree are ideas that have been part of the Indian ethos for centuries—though without the “zero-waste” tag formally attached to these activities. Industrialisation has waned these practices over the decades, but now, the ongoing climate crisis is forcing us to confront the costs of moving away from some of these tried-and-tested traditional ways of life.

Mansoor and de Ridder make a case for zero-waste and sustainable lifestyle by making us look at every aspect of our lives and cultural choices closely. From the way we give gifts to others to the carbon footprint we leave when we are on a vacation, they highlight details, through shocking statistics and relatable anecdotes, that should stop any thinking citizen in their tracks. But zero-waste living, readers would also realise from the book, is not only about a solemn reckoning with environmental crises and making grave sacrifices with their existing modes of living—it can also be a whole lot of fun.

The untreated waste percolates into the soil and waterbodies, endangering marine and terrestrial lives. It contaminates the produce that feeds us, the groundwater that quenches our thirst, degrades our health, and makes our societies prone to disease. Waste is all around us, even when we don't seem to notice it, be it in the form of the packaging used by the FMCG industry, or the smallest pleasures we may partake of in our daily lives.

Mansoor’s tryst with zero-waste living, for instance, began by making tiny, but incremental, changes to her lifestyle. Two years ago, when we spoke for a cover story for Lounge about minimalist living, Mansoor mentioned her early struggles with enjoying her favourite street snacks in India, without adding to the mountain of waste and litter that such consumption tends to cause.

For a long time, she would try to drink tender coconut water without the plastic straw that vendors serve it with. Usually, she ended up making a mess—until she found a solution in a reusable straw made of stainless steel. She began to carry it with her everywhere. Mansoor had better luck with paani puri, her other favourite. Armed with a lunchbox in her backpack, she would ask the seller to serve it to her in it rather than in disposable plates.

How to design a zero-waste kitchen.

Mansoor became an early adopter of a trend that is now catching on, partly due to the time she spent as a student in the UK, where she discovered the sustainability movement in a big way. When she returned to Bengaluru to live with her mother, she began using homegrown personal care products, stuff that her grandmother swore by—multani mitti (Fuller’s earth) for skincare, shikakai and reetha (soapnut) to make soaps, and so on. At the end of a couple of years of cultivating these practices, Mansoor could fit all the non-organic waste she had generated into a 500 ml glass jar. When she showed it to her audience at her Ted talk, there were gasps of wonder and disbelief.

And yet, with her commitment to cutting down waste and finding sustainable solutions to our daily needs, Mansoor isn’t your idea of a typical raging activist. Her primary job is running her business venture Bare Necessities, which she founded in 2016. Headquartered in her home city, it makes everyday products for personal or home care with materials that are reusable and sustainable.

In 2021, stainless steel straws and bamboo toothbrushes have found a firmer foothold, at least among a small but devoted subsection of the population. But back in the day, when Mansoor introduced these products, they raised many an eyebrow. Her own mother, she says, was initially not happy all the experiments she carried out in her kitchen. But once the health benefits of clean living became apparent to her yoga-loving health-conscious mum, there was no looking back.

“Even at the store, I had mostly young mothers coming by to buy my products, more out of a concern over the health of their children rather than the environment or to reduce waste,” says Mansoor. “But after five years, I see people of all genders and ages dropping by, especially millennials, who want to align their values with their consumption habits.”

It’s a slow process of adaptation, and the 29-year-old is aware of the scepticism her ideas may still generate among her urban clientele. Indeed, she heartily acknowledges that the advent of packaged food made it possible for women to step out of the stranglehold of the kitchen and domestic sphere into the workforce. But the interest of saving time need not destroy the health of the planet—promoting this principle has become her mission.

Apart from being an entrepreneur, Mansoor has been an educator and trainer, running workshops online and off it, to spread the message of earth-friendly living. Other than this latest book, she has also educational created activity books for children.

Transitioning to a zero-waste life isn’t an overnight change, it cannot happen all at once, she says, it’s a journey riddled with false starts. “Start with one part of your house, maybe just your bathroom and kitchen,” de Ridder adds. It is these small steps taken by individuals that eventually become giant strides for humanity.