How Hillary Allen beat the odds to run again 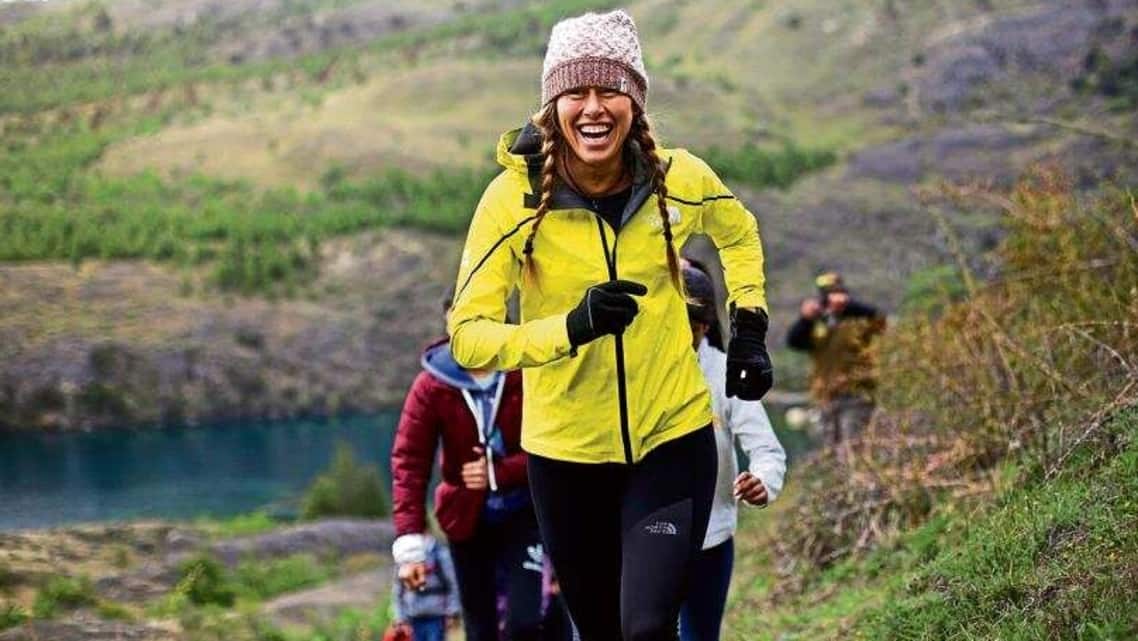 Hillary Allen’s story is a reminder of what the human spirit is capable of. (Kirsten Kortebein)

The first plane journey in first-class luxury is cause for great excitement for most. Hillary Allen wouldn’t necessarily agree; then again, she is not likely to forget hers anytime soon.

It was August 2017. At the top of her game, ranked No.1 on the skyrunning circuit, the American trail runner had lined up at the Tromsø Skyrace. The course covered some of the most scenic yet treacherous landscapes of Norway. While negotiating a technical section along a ridge line, Allen slipped and fell, plummeting 150ft. By the end of it, she was on a long-haul flight back home to Colorado, US, in first-class comfort, but strapped to a bed with 14 broken bones, on a diet of painkillers and blood thinners.

Doctors sounded the death knell for her running career. The early days were despondent but through the turmoil, Allen rediscovered her love for running. And things about herself that make her the champion that she is. The story about bouncing back on the trails and in life makes her latest book, Out And Back, published by Blue Star Press last month, an inspiring read for anyone who has struggled to find their way up after hitting rock bottom.

In a previous avatar, Allen was a student of neuroscience, physiology and structural biology. This was the time when she discovered running, as a change from life indoors. Though just two years away from a PhD, she decided to pursue a teaching career instead. It would give her enough time to chase her newfound passion and she was soon making waves on the international circuit. The prize money and endorsements helped her make a living but it was evident that running was more than just a job. And then, she woke up one day to realise she couldn’t even step out and go for a run.

“Running was a way of life, a way for me to feel connected to the world. So to have it suddenly taken away from me was like experiencing a death. I felt extreme grief and sadness, a loss of identity,” Allen says.

Also Read: Meet the Indian who runs up mountains

The first round of surgeries was on the right foot and wrists. The cracked vertebrae and ribs needed healing. As she lay in bed, struggling with basic movement, there were times she wondered just why she had survived. She missed the freedom of setting out in the wilderness, watching vistas unfold as she gained height, hopping daintily over stones and tearing down trails to test the limits of her ability. The lack of independence while attempting just about anything gnawed at her.

While the medals in her closet reminded her of epic wins and indefatigable battles, at times with her own self, she now had recurring dreams of falling through space, bracing for impact and what fate had in store for her. Her support system helped her pull through the initial months of recovery but it was evident that the realisation of just what she was up against had to come from within.

“I was fighting myself, holding on to this past self and wanting to get back to the old Hillary before the accident. But the moment of acceptance came once I figured that it was never going to happen. I now had to improve by learning about my body again. It’s when I started healing,” she says.

Allen on the Cortina Trail Race in 2019 after her recovery. ( Jack Atkinson)

The routine involved meeting doctors, physical therapists, even a psychotherapist, besides many hours spent pouring her feelings into a journal. In between, she took out time to visit the coffee shop down the road and even resumed teaching. It helped her get a grip on her condition.

The accident slowed down time and earned her the extra hours to realise all that was wrong with her approach towards running, even though she had been on top of her game. Five months after the accident, she took on her first run. “I remembered how scared I was. And how confused I was about being scared, since I was only running on a flat gravel path! But those first steps really ignited my hopes,” Allen recalls.

Also Read: How a teenager won an ultramarathon and other tales of endurance

Allen started focusing on the run, the many wonders of the terrain and the joy it brought, instead of the daily targets and results. A few weeks on, she decided to take on her first event. Though this was no race, the competitive spirit was back as she ran alongside others. There was the burning desire to storm past them like she could once. But her body simply wouldn’t permit it. She broke down by the side of the trail, until her friend asked her to simply enjoy the run. By the end of it, she had logged 20 miles. It was the most since her return—and a start that made her believe.

Soon after, a broken screw in her foot needed surgery again. She made a full recovery and even won a few races in 2018. As she geared up for a promising 2019 season, disaster struck again. A slip on ice left her with a broken ankle that needed another surgery. Despite the sinking feeling, she embraced the situation with a sense of calm, not allowing it to control her.

“The accident in Tromsø had made me realise that I was stronger than I thought I was. I was brave and had the courage to face my fears and keep moving forward,” Allen says.

Once she had recovered, Allen decided to take on things that scared her—this would culminate in a return to the Tromsø Skyrace. She went to the Cortina Trail 48k in June 2019 to test out her ankle and though slower than the previous year, still won the race. The following month, she decided to run on snow for the first time since slipping and shattering her ankle. Just the thought of it scared her. It took a mighty effort to just get to the race venue in Gran Paradiso, Italy. She cried during testing moments, uncertain of the snow underfoot after all she had suffered. The doubts crept in but she pushed on, focusing on speed up hills, making the descents nimbly and consciously.

“I have great respect for the power of mountains. Risk is a constant in the mountains and I feel comfortable accepting it after the hours spent practising. What has changed is how I check in with my initiation and if I feel good going into the mountains that day. There’s a physical and a mental side to it now,” she says. “After the accident, I have changed how I train and constantly take care of my body with physical therapy and stretching. But what’s changed the most is how grateful I am to be running and how much I love the process of going after big goals and pushing myself.”

Lining up at the start line of the Tromsø Skyrace again and crossing the finish with a big smile on her face was redemption at its finest. By her side was Manu Par, a fellow runner who had rushed to her side after witnessing the accident. She hiked with him to the spot where she had taken a fall and relived the incident through him, as he described what he had seen that day. There was fear before the race about how things would pan out; this gradually transformed into a sense of anticipation to tackle everything that the run would throw at her. It brought closure for Allen.

The scars on her body are a constant reminder of what the human spirit is capable of.

“To me, scars represent resilience—visible, tangible evidence of the experiences I have endured,” says Allen. “I have healed and become stronger and am grateful for the experiences.”