Glan Martins and the importance of perseverance 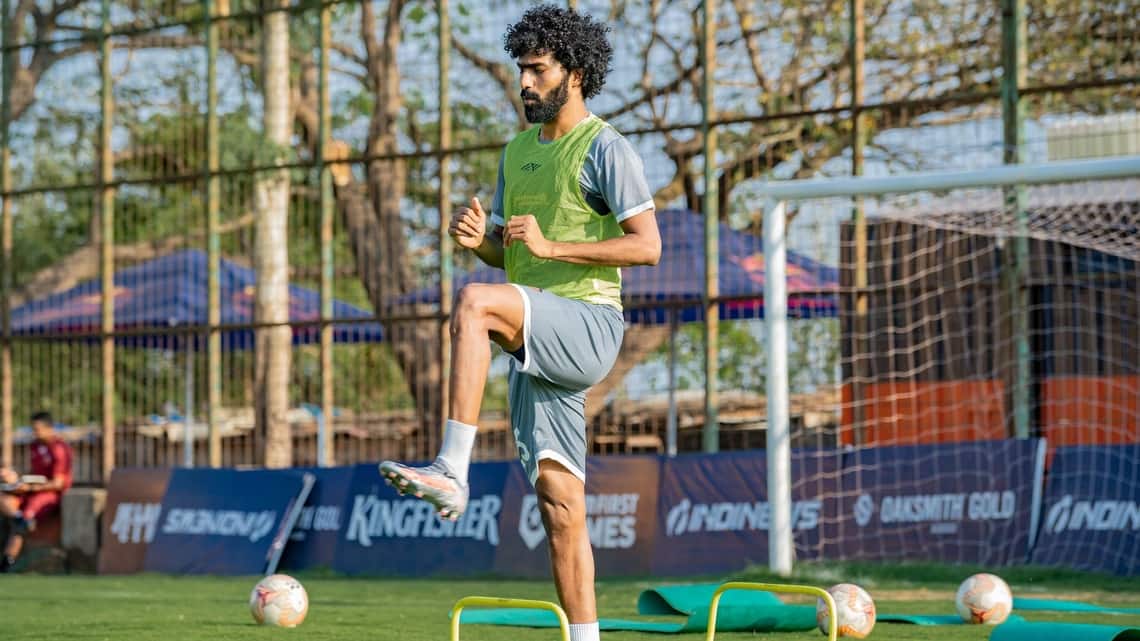 It’s been a strange few months for Glan Martins.

Until January, the midfielder was mostly warming the bench for ATK Mohun Bagan FC in the Indian Super League (ISL). Then, he found himself in the thick of things at FC Goa. These days, the 26-year-old is in Doha at the Indian national football team camp, gearing up for a potential debut during Fifa World Cup 2022 qualifiers in June.

The only new face in coach Igor Stimac’s 28-man squad, things are finally looking up for Martins, after years of struggle to prove his worth. His potential was long evident; as a teenager at the Sesa Football Academy in Goa, or when he was sent for trials to Tampa, Florida.

“I was the only one to go from the academy, a great learning experience. It was really disappointing to have missed out,” he says. He returned to the academy to finish his four-year term. When Sporting Clube de Goa came calling, he joined them and made his senior debut in 2014. The following season in the I-League was a promising one, as Sporting finished fourth. But by the end of the season, the club decided to withdraw from the league.

Martins found himself tied down by a contract at Sporting. There was only the Goa Pro League to look forward to. On the other hand, Sporting teammates such as Brandon Fernandes and Victorino Fernandes had made the switch and were now playing in the ISL and I-League. Things were changing in Indian football and Martins longed to be a part of it. For three years though, he continued to put in his best shift at Sporting, readying for his moment to shine.

“That was the most difficult time in my career. After playing at the highest level, I could now play only in Goa. I would talk to guys like Brandon and ask them about their experience of playing with the best in India. It motivated me to keep working hard and prove myself when the time would come,” he says.

“I prayed a lot, tried to be positive and held on to the good things, even if it was a terrible time. My family really stood by me,” he adds.

Martins returned to the I-League at the start of the 2019-20 season with Churchill Brothers. He had played at the level before, but lacked the confidence after having missed out over the last few years. “While I was grateful for the opportunity, it was like starting my career all over again in order to prove myself. It needed tremendous focus and discipline, both on and off the pitch,” Martins recalls.

Things looked up when defending champions ATK, now rebranded ATK Mohun Bagan, signed him for the 2020-21 ISL season. With the entire tournament played out in Goa due to the pandemic, Martins was at ease, training and playing on some of the same grounds where he had flourished in the past. Game time, though, was hard to come by in the seven games that ATK Mohun Bagan played with Martins in the squad. He claims that he learned a lot even from the sidelines, but he longed for regular playing time. All that changed with a move to Goa during the January transfer window. The break that Martins was looking for had arrived at last.

On his first start for Goa in February against Mumbai City FC, Martins announced his arrival by pulling off a crispy, long-range strike from around 30 yards. It was his first goal in the ISL, which has since been voted the “Goal of the Season” by Goa fans. It’s also what he calls the “turning point of his career”.

Following that explosive introduction, Martins started earning regular starts that continued right through Goa’s AFC Champions League debut campaign in May. The hunger was palpable and coach Juan Ferrando was rewarded for his faith in Martins with his assiduous work rate in the middle of the park. He was omnipresent on the pitch, recovering balls and distributing it with equal ease. The spark shown all season also earned Martins a three-year contract extension with Goa. Over the season, Martins has been recognised for his tireless efforts and his trademark mop, a favourite with teammates and fans alike.

“I’ve had this hairstyle since my fourth year at Sesa and it’s now a part of my identity. I’ve earned the nickname, Fellaini (after the Belgian midfielder), and those in the stands say it makes it very easy to spot me on the ground,” he says.

“My teammates keep making fun of it: can we borrow some of your hair to wash the dishes? But only I know what it takes to put it in order each morning,” he says, laughing.

Goa ended their ISL season with a hard-fought, semi-final loss on penalties to eventual champions Mumbai City FC. In the Champions League, they finished a commendable third in their group. This impressive run explains why four other Goa players—Dheeraj Singh, Ishan Pandita, Adil Khan and Brandon Fernandes— all made the cut for the India squad alongside Martins.

At the end of a taxing campaign played out in a bio-bubble, Martins was picked up by his parents, Divina and Roque, at the team hotel. He arrived at home to a little celebration, where he gorged on his favourite pork aad maas, cooked to perfection by his mother. It was back to the grind the following day in anticipation of better things to come.

While holed up at home one evening, Martins was added to a WhatsApp group. It featured 35 probables for the qualifiers in Doha. After a quick test for covid-19, he was off to New Delhi, isolating at the team hotel following the journey. Then came the announcement—he was in the India squad.

The courage of his convictions has helped Martins fulfill one of his most cherished dreams: being on the Indian team. India coach Igor Stimac, speaking from Doha, thinks this courage could be of great use to the national team. “I have seen something in Glan that is needed on our team—aggressiveness, the reading of the game and the courage that he brings to the pitch. We lack this at the moment and I’m glad Glan is here with us.”