What lies at the root of the insecurities of Indian Muslims

Ghazala Wahab’s new book ‘Born A Muslim: Some Truths About Islam In India’ is a riveting and comprehensive account of the Indian Muslim experience 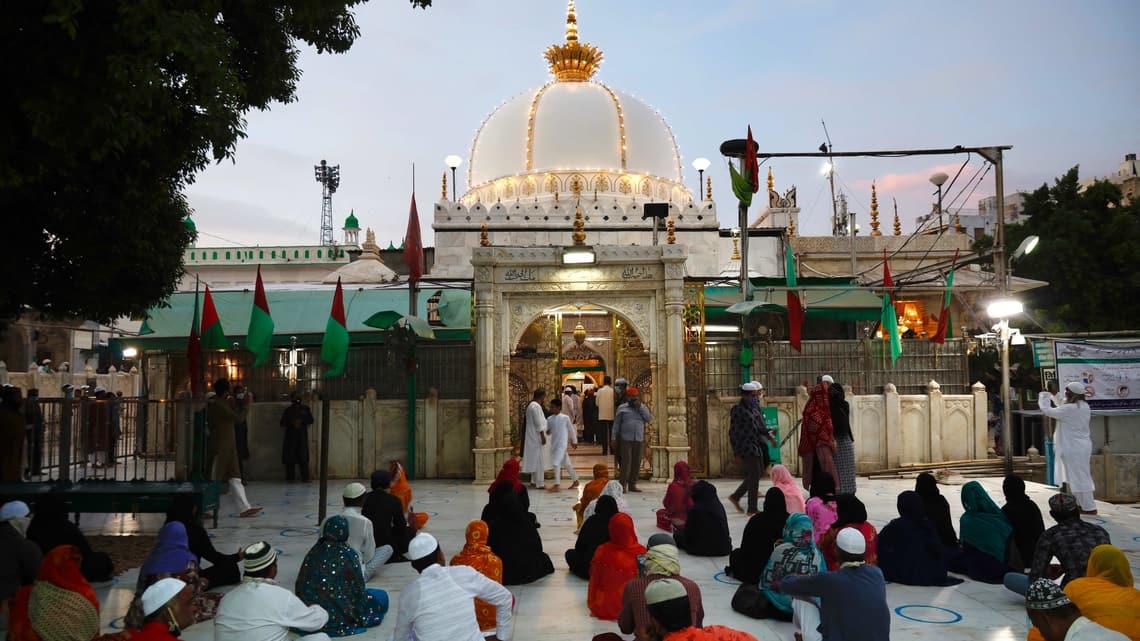 When Ghazala Wahab put down her first ideas for this book in 2017, it was conceived as a kind of counter-voice to the Zakir Naiks of the world. Naik, an Islamic “preacher” and tele-evangelist who enjoyed stupendous popularity in the subcontinent till his content was banned in many countries (including India and Bangladesh), made many claims in favour of an extreme, almost oppressive form of Islam, interpreting texts in a way that suited his radical agenda. Despite many better-established Islamic scholars rejecting his views, he has had a strong influence on some sections of Muslim society in India. Wahab thought she would write the book as an antidote to the kind of rigid orthodoxy preachers like him propagate.

The final book, Born A Muslim: Some Truths About Islam In India, has turned out to be much more than that. Events overtook Wahab’s writing at many points, forcing her to expand the idea of the book to encompass the peculiar politics of Indian society and Muslims’ place in it, culminating in the singular experience of Delhi’s Shaheen Bagh, where Muslim women sat on vigil for months in peaceful protest against the discriminatory Citizenship (Amendment) Act of 2019. In its present form, the book is a comprehensive account of the Muslim experience in India, seen through the eyes of the writer as well as the large number of people she has interviewed, from a handyman in her building society in Delhi to the former vice-president of India, Hamid Ansari.

“Over the past few years, there has been a certain normalisation of hate in India. From a time when people would take pride in claiming they were secular, whether they were actually secular or not, we have come to the point where secular is a dirty word, and there was a certain concerted effort to make it so. Earlier, people were not so conscious about who is coming to work in my house, is she Muslim, who is bringing my food, what is his religion…but today people take pride in saying ‘I rejected delivery from a Muslim guy’. How did we get here?” she says in a video call from Delhi, sitting in her cabin in the office of FORCE, a defence magazine—she is its executive editor.

How we got here became the beating heart of the book, though it was built upon the robust skeleton of research into Indian Islam. Wahab saw it as a way to address not just questions Indian Muslims have about Islam, but also ones non-Muslim Indians have about Islam and its practitioners—or, at least, would have if they asked instead of spontaneously othering Muslims. “I was being driven towards this for a long time. Even as a child, I would welcome questions about my faith and way of life, and felt this curiosity was better than bland indifference or hostility based on assumptions. I will be very happy if they ask questions,” says Wahab.

You would think a book that’s large parts history—and the complex history of a major world religion at that—would be somewhat at odds with a more personal history of being born a Muslim in India, but Wahab has chosen just the right parts of Islamic history and culture to demystify. The two narratives don’t feel disparate at all, especially since she maintains an even, matter-of-fact tone throughout. Even while recounting scenes of terror and horror, such as being caught in the communal riots of 1990 and 1992 in Agra, Uttar Pradesh, as a child, she maintains a certain journalistic neutrality and attention to detail. “These are stories of our contemporary history. They have to be recorded. At this moment in history, this is how I feel, and the people I talk to for the book feel, and this needs to be put on record,” says Wahab.

At the same time, there is a pulling back to show the larger picture—of Islam’s origins, how it arrived in India, its sects and different schools of thought, and its attitudes towards non-Muslims and women. There are generous readings of Islamic history and texts, even a feminist reading of Islam and women where Wahab says a domineering patriarchy overruled the religion’s early, more egalitarian precepts.

Through the lens of her own and her family’s experiences—she writes in great detail about life in a large extended family in a Muslim neighbourhood in Agra and about her father eventually moving their family unit to an upmarket locality after doing well in business—she finds ways to address questions that haunt Muslim society (actually, any marginalised society anywhere in the world) even today: questions like is it safer during a riot to be living in areas where you are surrounded by “your people” or in more mainstream localities where you stick out like a sore thumb but where maybe no one will look for you. “At one point, I used to believe that financial status gives us certain privileges, that as Muslims we just have to get education, get good jobs, and we would be accepted, but increasingly, that’s not true any more,” says Wahab.

The prejudice often shows in slight and harmless ways, she says. “When I was younger, just starting out as a journalist, I used to feel good if someone said ‘you don’t look like a Muslim’. I used to think I had broken out of stereotypes and that was kind of an achievement. It was only later that I started questioning what that meant. What were Muslims supposed to look like?” she asks.

She recalls a conversation with a neighbour who held deep prejudices against Muslims and told her she was an “exception”. On being pressed to name actual Muslims he knew, he named over 10 people, who were all “exceptions”. “Muslims may do whatever is in their power to better their lot and be part of the mainstream—they can get a good education, be professionally successful, but ultimately it’s the mainstream that needs to do the hard work of abandoning its prejudices. I like to give the analogy of women’s safety—why should it be upon women to ensure their safety when we know that men need to change their behaviour?” asks Wahab.

Tracing the roots of Muslim insecurity in India, she comes full circle. Early in the book, she writes: “Today, one sees two kinds of Muslims in public places in India. The first kind comprises those who work in mixed environments. They try and merge with their surroundings, becoming as invisible as possible. It’s not very difficult to do this, aided as they are by their non-Muslim colleagues, neighbours and acquaintances, who would ideally prefer a Muslim to not show her Muslimness.”

In the concluding chapters, though, the protagonist of her story is Tarannum Begum, a widow living in Batla House, Delhi, who stormed out of her home on the night of 15 December 2019 when Delhi Police entered the Jamia Millia Islamia campus in her neighbourhood and brutalised the students, screaming “Ab nahin to kab (when, if not now)?”, eventually becoming part of the nucleus of a group that would demonstrate in Shaheen Bagh for months.

Wahab’s book begins with an intensely personal family story—more a family legend, really—about a ghost that lived peacefully in their Agra home. One night, something happened to disturb the ghost, and the incident led to her great-grandfather imposing a strict rule on his family about never occupying thresholds. “One must always be clear which side one was on,” he told his sons and daughters, and his word was passed down as sacrosanct. It’s almost as if Wahab is saying that Indian Muslims have historically always straddled that threshold—neither in nor out—but like Tarannum Begum and thousands of others like her, they are finally saying we belong.