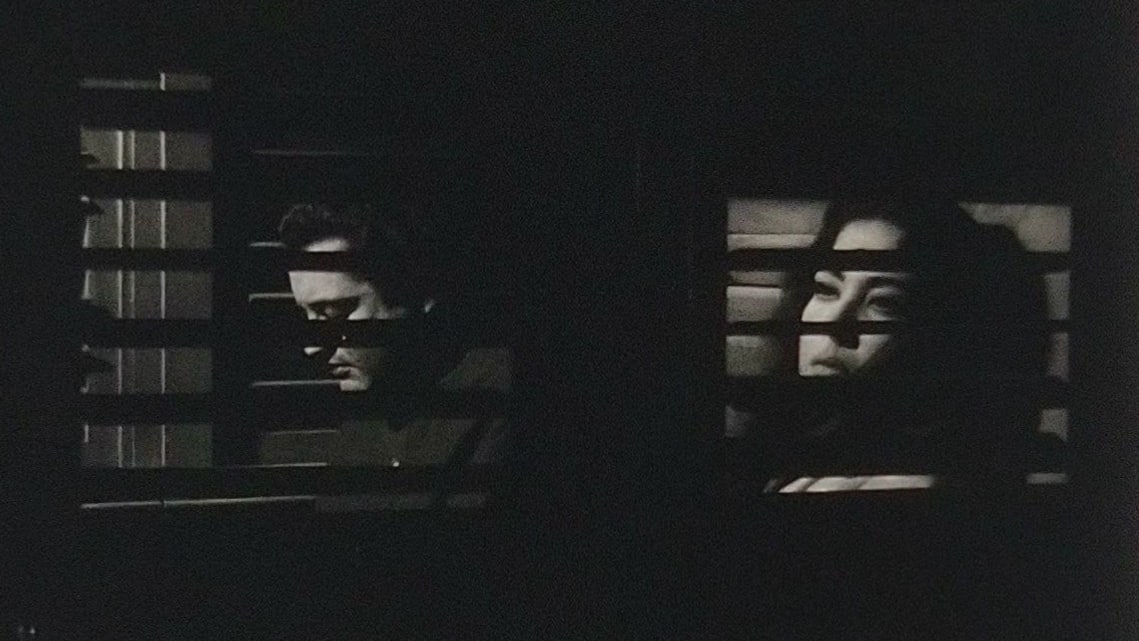 In their book 'Shadow Craft', Gayathri Prabhu and Nikhil Govind map the aesthetics of black-and-white Hindi cinema of the 1940s, '50s and '60s. Using still images of key scenes, they conduct close readings of classic films from that era such as 'Aag', 'Mahal', 'Bandini', 'Pyaasa' and 'Kaagaz Ke Phool'. In this excerpt from a chapter titled 'Outro: Reel Number 13', Prabhu recounts her experience sourcing images at the National Film Archive of India in Pune and her shock when the master copy of a classic goes missing.

As my career took me from film sets to television studios to classrooms to book-writing, and as digital images became the norm, I never expected to work with or touch film again. But it was not till the early weeks of 2020, when I went to the National Film Archive of India (NFAI) in Pune to collect images for this publication that I found myself looking at the familiar curl of celluloid again. A time-lapse of 24 years—so much had changed and so much had remained the same. The redbrick edifice of the NFAI evoked the intense familiarity of all government education/research establishments that one has plodded through as a scholar and citizen. There is that unassailable sensation of entering a time warp: space where a day will almost always unfurl at an unhurried pace. It is a realm that begs a special reserve of patience from researchers—the work as much in negotiating the bureaucratic apparatus as in the archival material one seeks to study.

My journey in this space started with the Documentation Department that has a database of images (production stills or screen grabs) from various films. There being no clear pattern to the nature or quantities of images available for each film, it became obvious soon enough that this database cannot provide the specific frames that are referenced in our manuscript. I was then directed to the Film Preservation Department where a kindly and resourceful official confirmed that of the nine films on my list, four had been digitised and five were still celluloid in cans that would have to be removed and transported from the NFAI vault which is located elsewhere in the same city.

The digitised films were Sujata, Bandini, Pyaasa and Kaagaz ke Phool. The quality of the screen grabs from these digitised copies did not do justice to the visual finesse of these films but working with digital versions was a constraint of the project that we had already accepted. In the meanwhile, I was told that the other five films—Aag, Mahal, Barsaat, Seema and Sahib Bibi aur Ghulam—would come from the vault.

A day later, all but the last title had arrived in green circular cans stacked one atop another, lining the tungsten-lit corridor of the department where I stood wonderstruck that all the films I had watched since childhood were in front of me—the casual carelessness of their stacking, in a narrow passageway of old equipment and metal shelves where staff scurried all day, was at odds with how privileged I felt. Nonetheless, there they were, the films we had written about, roughly between 12 to 16 spools for each film. The quantity of footage in each can varied but mostly contained about 10–15 minutes of screen time.

The films, however, were still not directly accessible to me. I had to wait for a technician to spool it on the Steenbeck machine and run it till we found the specific image that he would mark with a piece of white tape and set aside in a new stack. It was not clear how the marked frames would be turned into digital images for the book but we kept at the process, reel after reel, in the hope of permissions and guidelines trickling down through a hierarchy of officialdom. Just one more day in a capricious archive, one more night in a cold hotel room and gnawing anxiety as the week progressed, especially about not yet sighting the cans of Sahib Bibi aur Ghulam in the corridor stacks. Where is it? I kept asking the kindly official. Missing, she said.

The front cover of 'Shadow Craft' published by Bloomsbury.

Sahib Bibi aur Ghulam, released in 1962, the only directorial offering from Abrar Alvi, the last film produced by Guru Dutt in visual partnership with V.K. Murthy, often rated among the finest performances in Meena Kumari’s oeuvre, is an extraordinary film not only in its craftsmanship but for the unfailing adulation it has enjoyed from film enthusiasts since its release. The film with its overwrought melodrama and patchy plotting is not without flaws but in the writing of this project, we remained in agreement that this film represented the summation of the black and white aesthetics of its generation. There simply isn’t another film quite like it.

‘The master is not in location,’ the official told me (and by this, she meant the master copy of the film that was in the archive’s safekeeping was not in its designated slot in the vault), ‘and the other copy is missing four reels’. Missing? How can that be? The blood had seeped from my face and my sorrow was not entirely comprehensible to the other person. ‘It is only misplaced and will turn up, nothing to worry’. Her kindness and reassurance only wrung my heart. ‘This is not about my book,’ I tried to explain, ‘really it is not, but to lose anything of this film is to lose a national treasure.’

There may be other copies of the film free-floating in the universe but the copies at NFAI belonged to the nation, kept at the trust of a tax-paying, trusting public. I understood the inevitability of loss but not of apathy and struggled to contain the heartache, a sense of bleakness about my work. How removed we are as scholars, I thought, from this other world of numbering and preserving; we were talking of aesthetics in abstraction when the films were languishing somewhere or disappearing.

Someone tried to assuage my distress by suggesting that the film was on YouTube. Yes, I know, I said, but it is not the same.

Not the same—this thought never left me when I watched the reels run at the archive. One of the challenges of writing this book was presenting still images to the reader while talking of the sensibility of motion. Something was happening in reverse to me in the archive—for the first time since we began this project, I felt the deepest pleasure in the immaculate stillness of the image and then childlike delight at watching that image become motion when run (24 frames in a second) through the machine. No less wondrous are the patterns running alongside one edge of the strip that turn into sound.

The other chastisement of the celluloid was how easily I had overlooked the squarish dimension of 35 mm film—our eyes and sensibilities had become so accustomed to the stretched rectangular orientations of contemporary cinema that when discussing a composition, we had not accounted for the entire frame, just the part of the frame that had been adapted to the widescreen ratio. In other words, for the first time since we started this project, I was able to see the totality of the cinematographer’s composition, especially the top and bottom edge of the frame and it was a rediscovery that I will always cherish.

It also brought a pang of regret that so much of our analysis of composition had been of an altered viewing (purely in terms of what we saw in that frame) and for authors of a book on visual aesthetics that is not an easy thought to live with. Watching the 35 mm film, I found that the eye travelled on the image differently and one reveled in the elegance of the 4:3 dimension (rather than the more prevalent widescreen ratio of 2.35:1). And perhaps I never felt that gratification more than when I finally got to watch the reels of Sahib Bibi aur Ghulam on the boxy monitor of the Steenbeck.

The four missing cans arrived the following day, though can number 13 was lined with fungus and had to be left alone. The only image in this book that has not come from NFAI was inside this can—we have sourced that image from the internet and marked it as Fig. Zero to register our concern about the larger question of the fate of ageing film. It is possible that this affected reel of the film will be cleaned and treated, just as perhaps the master copy of the film will be found and restored to its location in the vault (I did not dare ask of its fate) but it does not address a more fundamental question, that of institutional responsibilities.