The making of a musical prodigy

The abilities of these Indian child prodigies resist scientific explanation

The world of Western classical music never fails to mention that the great composer Mozart began composing at the age of 5 and wrote his first symphony by the time he was 8. While a part of that popular legend might be true, what is worth thinking about is how child prodigies happen. For several decades now, musicologists and researchers have been trying to understand the phenomenon.

Oliver Wolf Sacks (1933-2015), the author of Musicophilia: Tales Of Music And The Brain, wrote: “There are some people who can scarcely hold a tune in their heads and others who can hear entire symphonies in their minds with a detail and vividness little short of actual perception." How else can one explain how a small child, incapable of writing a simple sentence, rattles off the names of ragas or melodic scales within 5 seconds of hearing them? How does one explain what brings about this detailed musical imagery in the mind of a child? After a great deal of research in the West, several scientists have concluded that this phenomenon is a carry-over from another birth. Going by the ancient philosophy of “rebirth" enshrined in Hindu, Buddhist, Jain and other parallel schools of thinking, they concluded that many of these child prodigies might possibly be carrying forward some unfinished business from another lifetime.

India has had its share of child prodigies in classical music. In Hindustani classical music in north India, one knows of the vocalist Kumar Gandharva. Born Shivaputra Siddharamayya Komkali (1924-92) in Karnataka, he was only 12 when his major debut at the All India Music Conference in Mumbai in 1936 made headlines. He had begun performing in smaller villages across Karnataka from the age of 5. Then there was Rais Khan (1939-2017), who was recognized as a child prodigy on the sitar as a 12-year-old.

Tabla maestro Zakir Hussain also began early in life. Having trained under his father, the legendary Ustad Allah Rakha Qureshi, from his childhood, Hussain debuted on the stage before he was 10. In dhrupad, we have the rudra veena maestro Bahauddin Dagar, who began playing from a very young age. The opening of Mani Kaul’s famous documentary on the Dagar gharana has a clipping of little Bahauddin wielding his rudra veena with great finesse. 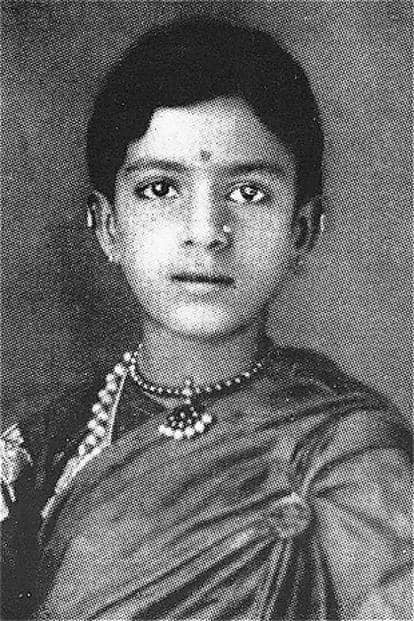 Carnatic music seems a proverbial hotbed of young geniuses. The post-Trinity (Tyagaraja, 1767-1847, Muthuswamy Dikshitar, 1775-1835, and Shyama Sastri, 1762-1827) era of Carnatic music has stories of how 12-year-old Vaidyanatha Iyer (1844-93) was given the title of “Maha" or great after a concert. It is said that he was able to render a raga Aalapana and Pallavis in his seventh year and had begun giving concerts by the time he was 10. He was known thereafter as Mahavaidyanatha Iyer.

In the 20th century, the first name that comes to mind is the famous M.S. Subbulakshmi (1916-2004). Trained under her mother Shanmugavadivu, she was only 10 when she cut her first LP record. If you listen to the song, now available on YouTube, it is clear that there was a musical genius in the making.

Then there was Muralikrishna (1930-2016) who, born into a Telugu family in a remote village in Andhra Pradesh, stunned everyone at a music festival with his performance at the age of 7. Legend goes that it was at one of his earliest concerts that a famous Harikatha exponent bestowed on him the title “Bala", which got prefixed to his name. Balamuralikrishna also proved to be a genius as a composer—he not only wrote his own songs but set them to tune in all the 72 Melakartha ragams, as a teenager. This was a feat very few had achieved in the history of Carnatic music. In addition to being a vocalist, Balamuralikrishna was also a versatile instrumentalist. He could play the violin, the viola, the mridangam, the khanjira and a few more instruments.

The list of prodigious instrumentalists is equally impressive. Among them is S. Balachander (1927-90), the veena maestro, who debuted at 6. Long before he took up the veena, he had already mastered about a dozen instruments, including the sitar and dilruba as a teenager. He held public concerts.

Among Carnatic percussionists, Palghat Mani Iyer (1912-81) made his debut when he was only eight years old. And then there was Umayalpuram K. Sivaraman (82), who began performing on the khanjira at a young age. Hailing from the legendary shishya-parampara, or musical lineage, of Tyagaraja, Sivaraman grew up in a musically rich atmosphere at home. Having mastered the complicated art of Carnatic rhythm, he is today hailed as one of the finest exponents of the mridangam.

The 1970s and 1980s saw the rise of U. Shrinivas (1969 -2014), the genius on the mandolin. He not only mastered an instrument alien to Carnatic music but also grew to be an unparalleled genius on it. With the arrival of television in India, regular broadcasts of concerts resulted in greater viewing and appreciation. A superstar by age 10, his demise at the age of 45 was a great musical loss.

His contemporary, gottuvadyam and chitra veena artiste Ravi Kiran (50) hails from a musical family. At the age of 3, he is said to have been capable of identifying over a hundred ragams. The other name on the veena is Kumari E. Gayathri (57), who began performing as a teenager. Shashank Subramanyam (38) from Karnataka began performing very early on the flute and was christened Master Shashank, a title that stayed with him till he was well into his 20s. Technology has enabled the preservation of their recordings.

It’s interesting to note that in the last couple of decades, there have been more prodigies in Carnatic music than in Hindustani or dhrupad. Abhishek Raghuram and Anantha Krishnan, both grandsons of the legendary mridangam vidwan Palghat Raghu, began performing before they were 10, in Chennai.

In recent times, 15-year-old veena artist Ramana Balachandran from Bengaluru has been hailed as a promising star.

This is not a complete list, just a random assortment of popular examples across genres of Indian classical music. Yet through it all, the mind of a child prodigy remains an unresolved mystery.

Note Worthy is a spotlight on the world of Indian performing arts.