| Logout Log in/Register
Home > How To Lounge> Movies & TV > 'The Last Hour' review: Of mysteries and mountains
Stream of Stories

'The Last Hour' review: Of mysteries and mountains

'The Last Hour', a supernatural mystery series set in a fictitious town in the north-east, has a thoughtful, slow-burn approach 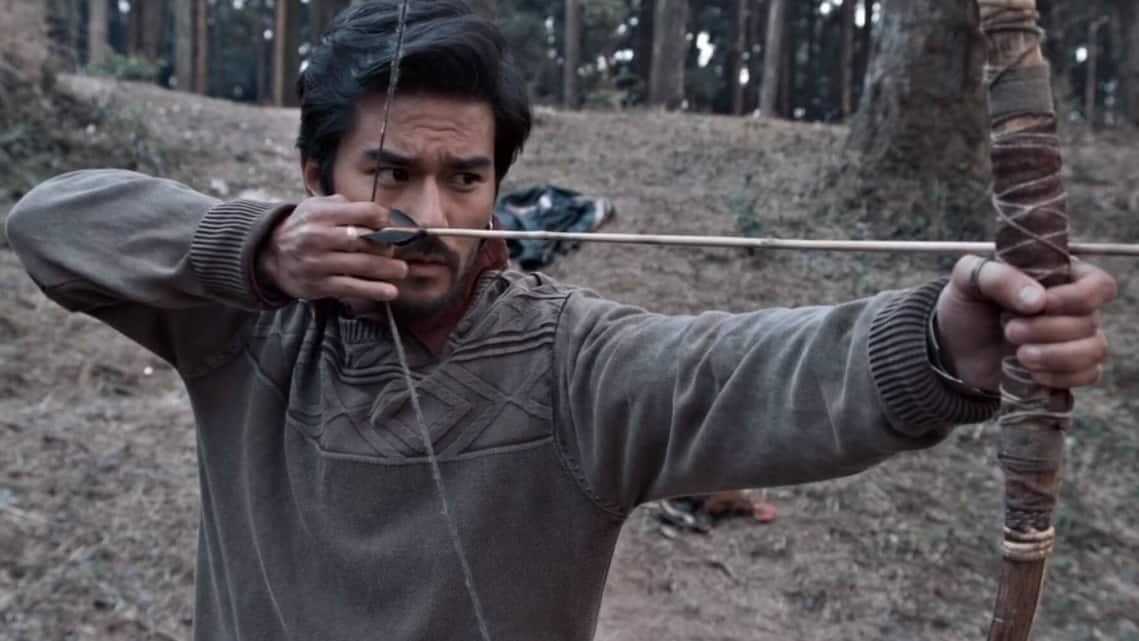 Karma Takapa in 'The Last Hour'

It begins with the atmospherics. The sound of a bowstring being pulled taut — past taut, even — till it strains almost against itself, scraping arrow and thumb before being released, springily, the arrow cutting through cold mountain air before slicing into a tree, making its mark on a busy bullseye. The Last Hour, a new supernatural mystery series streaming on Amazon Prime Video, is shot in and around Sikkim and set in a fictitious town in India’s north-east, and it is so gobsmackingly stunning that I, not unlike the archer about to fire, often found myself holding my breath.

Jayesh Nair’s cinematography is exquisite. Mountains are all around, panoramic and pristine, cupping sheds and momo shops and football fields, shielding them from the elements while acting as their own pointy oracles. A young man leaves home in his big brother’s jacket wanting to ask out a girl, and his view of the peak determines that he’s going to have a big, eventful day. He does, but the mountain doesn’t offer detail.

The series — created by Amit Kumar and Anupama Minz and with every episode directed by Kumar — isn’t eager to offer detail either, drawing us in slowly like a story told over campfire soup, a story involving shamans and red-eyed villains and girls with cryptic faces. Spread over eight episodes, it tells us about a young, reluctant shaman and a policeman relying on the young man’s mystic powers in order to solve crimes. There is time travel, there are conversations with the dead, and characters stumbling around in their search for redemption and resurrection.

Dev, the man firing the arrows who also sees dead people, is a jhakri, a shaman—a character from another time, someone local kids don’t believe in. Leading man Karma Takapa gives Dev an anxious, thoughtful energy and is magnetic enough to hold the show as he travels across timelines and netherworlds. He looks like someone restlessly, relentlessly scratching the surface to find answers—and yet doing it discreetly, almost as if ashamed of his own mysterious powers. Takapa is a genuinely magnetic performer, and propels the narrative well.

Alongside him is Arup, a grim policeman played by Sanjay Kapoor, who buys into Dev’s stories almost too conveniently, with the eagerness of an investigator who believes there is more to learn, more answers somewhere he hasn’t yet looked. This idea of cop and mystic is a standard TV trope, more suited to pacy sitcoms and never-ending shows with ampersands in the title, yet Kumar and Minz take a more thoughtful, slow-burn approach to the material and lay out the mystery — and the surreal rules followed by their world — bit by bit.

I applaud The Last Hour for keeping the episodes roughly 35 minutes long, a duration which allows characters to breathe and wonder while also keeping the story consistently on the boil. Too many TV dramas, comparing themselves to mightier prestige shows, aim at being nearly an hour long. Having longer episodes without enough to say leads to narrative digression, unnecessarily spelt-out exposition, and a regrettable underlining of that which has already been said. This show manages to be both lean and slow.

Right from the start, we’re plunged into mystery. An actress is murdered, a suicide is thwarted, an apparition in a scarlet saree walks the woods with a smile. The shaman has a process, but there is more to it than he knows and there is another shaman, an evil one, out to take his powers from him. The mechanics and the mystery of the world are revealed slowly — the first sign of time travel, at the end of the second episode, is thrilling — and the characters draw us in.

The actors are well chosen. Shahana Goswami plays Lipika, a policewoman toying with her North Indian colleague’s racial biases by telling him the mushrooms he’s tried from her lunchbox are “dog eyes.” Pari, played by Shaylee Krishen, looks as bewildered as she does bewildering, a cryptic, atypical heroine ideal for an eerie story. Robin Tamang is the big bad Yama Nadu, the evil shaman with powers more lethal than the ones Dev possesses, though most scenes he’s in are stolen by Lanuakum Ao, who plays his sidekick, forever (inexplicably) filming his boss’s misdeeds.

This idea of withholding the cards is a slippery one when it comes to mysteries, even though far too many shows nowadays indulge in what is called ‘puzzle-box storytelling’ — from Westworld to Big Little Lies to Russian Doll to The Undoing — a format where increasingly confounding questions are thrown at the viewer before the answers finally emerge. When done right — like in Alex Garland’s DEVS— this can be thrilling and truly satisfying. When done wrong, well, your show can go ahead and be Westworld and waste Sir Anthony Hopkins on a meaningless gimmick.

My favourite detective-and-psychic show is a delicious comedy called Pushing Daisies. Made by Bryan Fuller (who also made the bloody, brilliant Hannibal series), Pushing Daisies — about a pie-maker who can bring dead people to life, and so wakes murder victims to ask who killed them — starts out simply by listing all the rules of the show’s universe. These are bizarre, surreal rules, but once the boundaries have been laid out, the story can ricochet off the walls with glorious, unpredictable abandon.

The Last Hour leans too heavily on questions without unravelling them as efficiently, which is a shame. The series invites the viewer to speculate about the mystery while wrapping up the season with most of the big blanks unfilled, an approach that makes the viewer feel cheated. My family gulped down the entire season in one go, with my wife and my father concocting their own elaborate (occasionally far-fetched theories), and because the series doesn’t definitively answer — and chooses instead to save revelations for next season — it feels underwhelming. It feels as if we know better than they do.

Still, I look forward to seeing what answers eventually emerge, purely because of the ambition already on display. There are out of body experiences inside out of body experiences, and the show is unafraid to set sequences across multiple timelines. The questions might not be what we think they are, but we must look up to see what possibilities are promised. The hills are alive.