Most film buffs agree that the well-made long-form series (including web shows where a season’s worth of episodes might be released at one go) has outshone cinema in many ways. I’m a relative newbie to this world, but after having watched only a few such shows—The Crownand Mindhunteramong them—the medium’s strengths are obvious: complex, carefully planned narrative arcs (writers often schematize a story so that a later episode makes you view a much earlier one in a new, more poignant light), the versatile and often contrapuntal use of music (Mindhunter’s first season ends by using the Led Zeppelin classic In The Light in ways that defy all our soundtrack instincts—yet it is brilliant), the occasional experimenting with episodes that work as self-contained mini films.

Little wonder then that for Indian cineastes and book lovers, two of the most keenly anticipated events of this year are the Netflix adaptation of Vikram Chandra’s cops-and-gangsters novel Sacred Games—this series brings together such heavyweights as Anurag Kashyap, Vikramaditya Motwane, Saif Ali Khan and Nawazuddin Siddiqui—and the eight-part BBC series of another literary door-stopper, Vikram Seth’s A Suitable Boy. These sprawling novels deserve such a format.

What other Indian narratives could make for great TV or online shows? There are obvious stories in our literature, from ancient epics (and their many contemporary retellings or perspective tellings) to modern novels with a big canvas. But speaking as a film-history nerd who recently encountered the show Feud (about the Bette Davis-Joan Crawford rivalry), my “to be developed in 2018" wish list would include any well-dramatized story about the Hindi film industry of the 1940s and 1950s.

There is plenty of promising source material (though authenticity may be in question). Consider Dev Anand’s deliciously florid autobiography Romancing With Life, which often reads like a screenplay, complete with full-fledged conversations, and scenes such as the one where the young Anand meets his idol Ashok Kumar (who keeps blowing cigarette smoke into his face) or has a last, weepy rooftop tryst with forbidden love Suraiya. Or take Saadat Hasan Manto’s gossipy, irreverent accounts of stars and directors.

Many of our major films have also had riveting backstories: I can just about picture a limited series about the making of Mughal-e-Azam or Mother India or Sholay. Or Guide! The comic possibilities in an episode about R.K. Narayan’s growing dismay as his quiet Malgudi-based story is turned into a glamorous, pan-India spectacle are practically endless—and much of the material for this is already laid out in a sardonic essay that Narayan wrote about the experience.

Speaking of which, there is rich material in the travails of writers who worked in Hindi cinema—including those who sometimes had to strike a balance between their highbrow impulses and the formulaic demands made on them. Rahi Masoom Raza’s novel Scene 75—just translated into English by Hindustan Times journalist Poonam Saxena—provides a sharply entertaining look at such people on the fringes of an industry where even a prominent writer’s sudden death must not be allowed to interfere with the joviality of a premiere. 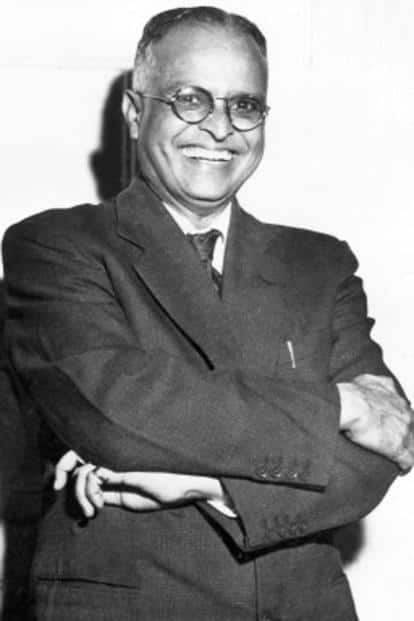 RK Narayan didn’t approve of the film version of his novel ‘Guide’, with Dev Anand and Waheeda Rehman.

Of course, such real-life narratives can be laced with a bit of “what if", as the critic David Thomson did in an essay titled “James Dean At 50", imagining a middle-aged version of the Rebel Without A Cause star (in reality, Dean died in his 20s). Some speculative fiction along those lines: What if Guru Dutt had lived and gone on to make more Pyaasa and Kaagaz Ke Phool like films that played with form? Would the New Wave or “parallel" movement then have come to Hindi cinema earlier than the 1970s? If Geeta Dutt had survived and sustained a decades-long rivalry with Lata Mangeshkar, would we have developed a more wide-ranging notion of what a heroine’s singing voice might be like? What if Bimal Roy had not arrived in Bombay (now Mumbai) in 1950 with his team (including Hrishikesh Mukherjee and Nabendu Ghosh)? What effect would that have had on the social-message film and the Middle Cinema of later years? Or, going a few decades back, what if Prithviraj Kapoor had listened to his father and stayed away from films altogether?

Yes, I know: Given the neglect of—or even lack of awareness of—old cinema, it’s unlikely that enough viewers will be interested enough in such material to justify the production of an elaborate series. And there are other problems. When a film is clearly about (as opposed to “loosely based on") a real-life story, and uses actual names, there will always be the question: How much dramatization amounts to crossing a line?

I was thinking about this while watching Paterfamilias, an outstanding episode of The Crown, about the boarding-school childhoods, 25 years apart, of two still-living royals—Prince Philip and his son Prince Charles. Beautifully written, structured, shot and performed, the episode combines grandeur with intimacy in a way that recalls the similar paralleling of the lives of a father and son in The Godfather Part II. Yet it has invited strong criticism for a scene (one that is central to the episode’s thematic concerns) that exaggerates a historical detail involving Philip’s own father.

In the Indian context, given how much we love using our “hurt sentiments" to get films banned and books pulped, it goes without saying that a show about the private lives and artistic compromises of real-life icons would—if it hasn’t already been sterilized at the production stage—face trouble. But we excitable fans can still dream—they did once call it the dream factory, after all—and make wish lists for the years ahead.

Above The Line is a column on Hindi cinema and how it presents the world.

The writer tweets at @jaiarjun