Raj & DK on the return of 'The Family Man'

The director duo on editing 'The Family Man' season two in isolation, the virtues of one-take action scenes and casting pan-India 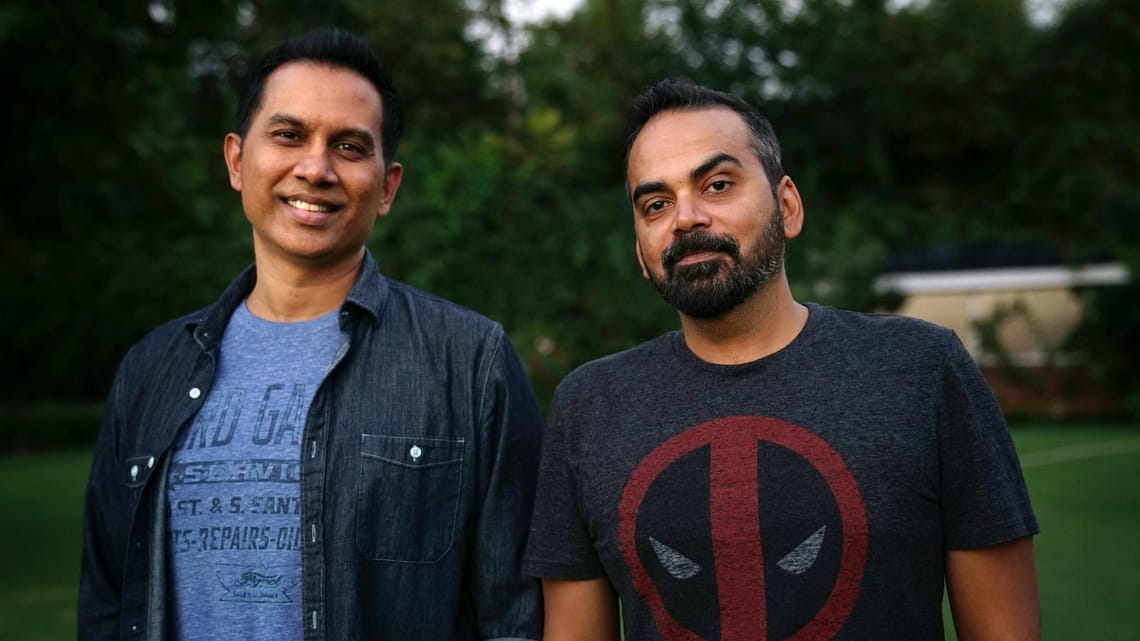 Though their last feature was the assassin comedy A Gentleman, few would have pegged Raj Nidimoru and Krishna D.K. as gritty action directors. It was a pleasant surprise, therefore, to see how well they took to intricate setpieces and the demands of the thriller genre when The Family Man premiered on Amazon Prime Video in September 2019. The series, about a national investigative agency operative named Srikant (Manoj Bajpayee) who’s battling terrorists at work and a difficult marriage at home, combines the social comedy of their Shor In The City with the blistering pace of shows like Homeland and Bodyguard.

The second season will see Bajpayee, Priyamani and Sharib Hashmi return as series leads, while Samantha Ruth Prabhu plays a Tamil rebel leader who is in coalition with the ISI. Raj and D.K. directed all the episodes the first time around, but will share responsibilities this time. Over a video call, we asked the duo about single-take action scenes and editing in isolation. Edited excerpts:

Also read: The secret life of a husband

Was the shooting done by the time lockdown began?

Krishna D.K.: Most of it was done. There was just a couple of days of patchwork left. We had to wait nine months to do those two days of shoots.

How complicated was it getting post done in isolation?

Raj Nidimoru: Post was tricky because we are usually very hands-on in edit, mixing. We, in fact, took an office so that we could walk to the studios for grading, sound. We had to figure out various ingenious ways of ferreting it over the phone, WhatsApp, Slack. It was time-consuming initially, then we got the hang of it. Plus our editor, we have used each other a lot. Sometimes the edits happened on the phone, with us and him watching it. It’s bizarre but the work got done.

DK: We have a nice tuning with our editor, because he did season 1. Also, we did one pass of edits for a few episodes before lockdown started, so we were going along nicely. The final bits, when it comes to colour grading and sound and mixing, it’s unavoidable, you have to go to the studio. That’s why the process got delayed a little bit.

Did you two direct all the episodes this time as well?

RN: This time we got another director to collaborate with us: Suparn Varma. He’s a very talented guy, and an extremely hyper guy. He’s very energetic, enthusiastic, cheerful and jumping. We tell him that like Obelix fell into a cauldron of magic potion, so he doesn't need potion any more, he’s like that.

He was one of the first to see the rough cut of the first season—all the things we were trying to do in season 1, we could see that he got it. He’s a long-time friend, so he knows what we want to achieve.

DK: Also, there’s the blueprint of season 1 for all of us. We are not inventing something out of the box. There’s a certain tonality which we are maintaining, and so is he.

There were fluid action sequences in ‘A Gentleman’ but ‘Family Man’ is another level. The single-take action sequence became an aesthetic of the show’s first season.

RN: We love to do action because we thought it could be done in a different style. It could be more real and dirty and organic. We have been doing bits of action from the very first film. If somebody goes back to 99, they will see there’s a lot of thought and design behind the setpieces, or the way the characters would hit or fall. In A Gentleman, we got Sid (Siddharth Malhotra) to learn a modified krav maga, so it looked like a style, but not a familiar one.

With Family Man, we decided to take it one notch higher. This is a more real space we are dealing with, hence DK’s favourite one-shot sequences came in. He would be too headmastery about it.

DK: It takes a lot of patience to do a one-take shot sequence, from all the actors and everyone in the crew, because when you make a mistake you go back to the beginning. And everyone gets pissed off with the person who made the mistake. More than the logistics or technical aspect, the idea with one-take sequences is that the camera is only at one place at a time. If it’s on the protagonist, the audience only knows what the protagonist knows. So it puts you in the shoes of the protagonist.

It became a motif. We continued it in season 2 as well.

RN: OTT gives us a freedom to do things in a certain way that wouldn’t necessarily be natural in film.

Is it because of the particular demands of a film?

RN: It’s more that I have time to do what I want with a particular sequence. Sometimes, in a film you will be thinking, I need to do this in a certain time, or sometimes there’s feedback that the action sequence is too long.

One thing that was refreshing in the first season was the casting of actors from other language industries in a Hindi series, the way you bring in their languages and their places of origin into the series.

RN: These are things that we put a lot of thought into. When we were making films, people used to tell us, you are not pan-India. With Family Man, we felt we could go pan-India with actors.

Also read: A decade of Raj and DK

DK: It’s pan-India in a geographical sense, not in the way trades define it.

RN: We embraced it fully. we tried our best to get Kashmiri actors to play Kashmiris, a Tamil person playing a Tamilian.

Most films or shows about the army, the police or any investigative agency tend to be very nationalistic and often right wing in their views. ‘Family Man’, by comparison, is more nuanced.

DK: That’s the intention, right. We like to think that we take a balanced approach and not paint everything in black and white. Even though I will say that there is a clear antagonist and protagonist but when it comes to the motivations or ideology, there’s a shade of grey across the board.

RN: We wanted to show sociopolitical issues the way they are. I think it’s always better if you show the viewer a picture and say, you interpret it.