'Never Have I Ever' season 2 review: Still cheerfully watchable 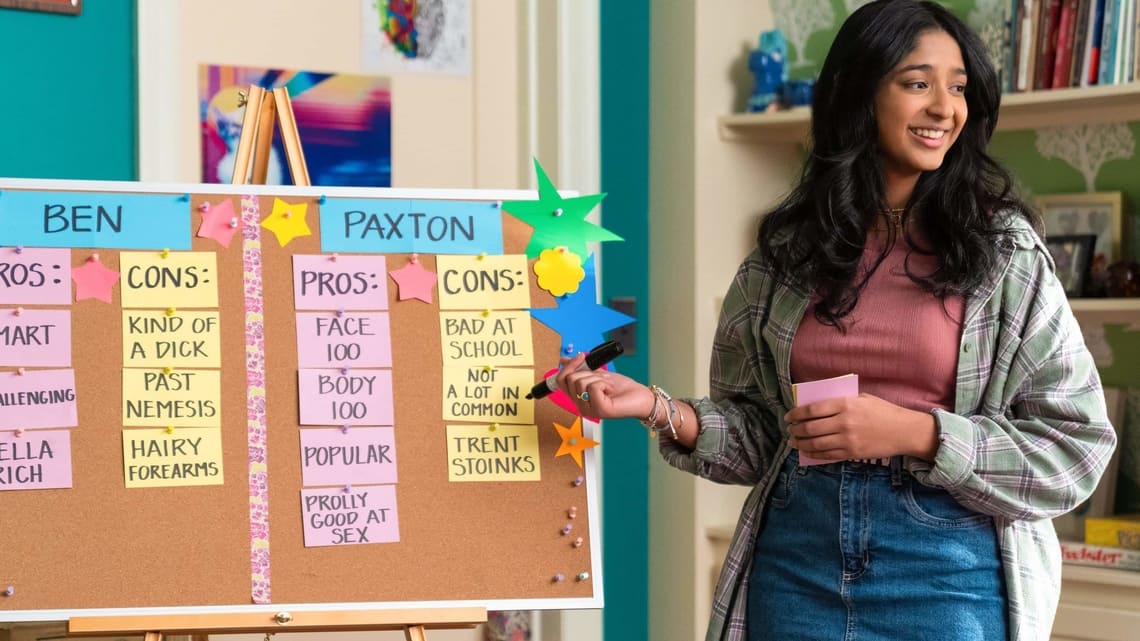 Maitreyi Ramakrishnan in 'Never Have I Ever'

Devi Vishwakumar is a teenager with raging hormones, anger issues and a predilection for getting into trouble. In the first season of Never Have I Ever, creators Mindy Kaling and Lang Fisher worked on the complexities of a child who has lost a parent way too soon with the growing pains of a teen girl and her desire for a boyfriend.

In season two, Indian-American Devi (Maitreyi Ramakrishnan) is caught between the affections of the school geek and the school hottie. If that sounds like too much to handle, it’s not so for Devi who gets into and out of trouble with charm, some good fortune, lots of glib one-liners and some soul-searching.

Also read: ‘Never Have I Ever’: Nothing ventured, nothing gained

Season two follows Devi from where it left off in season one—with her succeeding in getting the attention of school jock Paxton Hall-Yoshida (Darren Barnet), a swimmer, and Ben Gross (Jaren Lewison), her toughest academic competitor.

In this 10-episode season Devi pursues a romance with both, while keeping an eye out on her mother Dr. Nalini Vishwakumar’s (Poorna Jagannathan) actions. Nalini is fighting off a desire to move the family back to India and also combatting her own loneliness. If all this wasn’t enough, Devi has to contend with her insecurity about Aneesa Qureshi (Megan Suri), the new girl and only other Indian in the school who turns out to be smart, popular and easy-going.

If season one surfed on the loss of a parent, this time Devi has few excuses for her irrational behaviour. Her craziness is amplified by John McEnroe’s voiceover. A surprise device initially, this time around his narration is overused and often superfluous, resulting in infantile exposition. Model Gigi Hadid chips in as a guest voiceover on one of the episodes, not just as a gimmick but also to convey a specific message.

Needless to add, in true Devi style, her methods at managing her various challenges becomes problematic for everyone around her, including her best friends Fabiola Torres (Lee Rodriguez) and Eleanor Wong (Ramona Young). There are run-ins with her mother, teachers, and principal as well as the two boys who Devi is unable to choose between. Devi being shaken by another "desi" girl in her California high school is a nice twist, though the story is largely focussed on her affections oscillating between Paxton and Ben.

An easy binge-watch, with some likeable returning characters, there are a few new characters such as Devi’s affable grandmother Nirmala (Ranjita Chakravarty) and Aneesa who becomes the catalyst for Devi’s maturing.

Ramakrishnan is still impressive as a deeply flawed teenager of questionable judgment who can be all kinds of crazy. The young actress has grown into the role and brings flair and gradation to her character besides confidently carrying off a collection of garish sweaters.

Jagannathan’s Nalini is given more layers this season—the controlling mother is at a crossroad as she tries to put her own needs in focus, leading to a mother-daughter conflict of a different kind. She continues to deliver some of the show’s best lines while also being the soul of the show.

All the central female characters are given respectable screen share including cousin Kamala (Richa Moorjani) who is contending with sexism in the workplace and the possibility of an arranged marriage, to Evelyn and Fabiola who are navigating their own relationship dramas.

Never Have I Ever works for presenting modern-day America’s social fabric—LGBTQ teenagers, Asian Americans, the good-looking school heartthrob (who is shamelessly objectified as he shows off his ripped torso), the nerd, the therapist, the woke, the insiders and the outsiders. There are dollops of Indian culture and quirks and a sliver of Japanese-American history.

Besides the glaring clichés and a seemingly conscious attempt to check the representation boxes, while also delivering messages aimed at the teen target audience, the show is cheerfully watchable. And that’s as much about the witty writing, the natural blending of cultures and language and because of Ramakrishnan, who oozes a likeable charm with an effortless ease in front of the camera. Even in moments of vulnerability, like in her relationship with her mother and her dearly departed father, she holds her own and even as she bungles her way through, you always root for her.

Never Have I Ever is streaming on Netflix.